Highs and lows: Yassen Savov introduces Bulgaria – and flies 250km in the mountains

With the Paragliding World Championships due to happen in Sopot, Bulgaria, this summer, European Paragliding Champion Yassen Savov gives us a rundown of the country – including some of the amazing flying he’s done this year so far 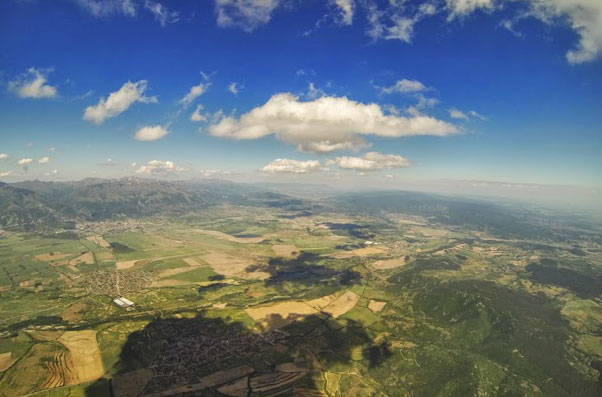 A perfect day … looking across the flats in the Sopot valley. Sopot is in the left corner, below the ridge in the distance. Yassen flew 250km on this day. Photo: Yassen Savov

Bulgaria’s south west has the country’s biggest mountains: there are about 10 of them bunched up in the area between the capital Sofia (where I live), Sopot (where the Worlds will be this July), and the borders of Serbia, Macedonia, and Greece. They are all connected by valleys and flatlands, creating a complex system of largely unexplored and quite technical-to-fly XC possibilities.

Local pilots have flown many of the possible flying sites, but not connected them much in bigger lines. Which is a pity. Last week I was lucky to have some decent conditions and the super powerful and stable Ozone R12, to go exploring into new terrain. Here is what we got up to with my baby.

On 11 May with some friends we went to fly from the ski resort of Borovets in SW Bulgaria. On the road there it was obvious that we were late, as the cumuli were already pumping. When we arrived I took my glider out of the car and went running for the gondola, but at the entrance the gondola workers shocked me cold saying that it was not open to the public, only to the bikers in the downhill competition that day.

Looking at the conditions, I had a small nervous breakdown.

Recently there have been major protests in Bulgaria, including of people setting themselves on fire, and this being the day before election day, I threatened them that I would set myself on fire right in front of the gondola entrance. They didn’t believe me and left me to handle my shock and misery by myself.

Finally, after an hour of pain in my sun-and-cumulus-struck eyes and soul, we managed to get permission to go up, and two hours after conditions had started working, we were in the air. 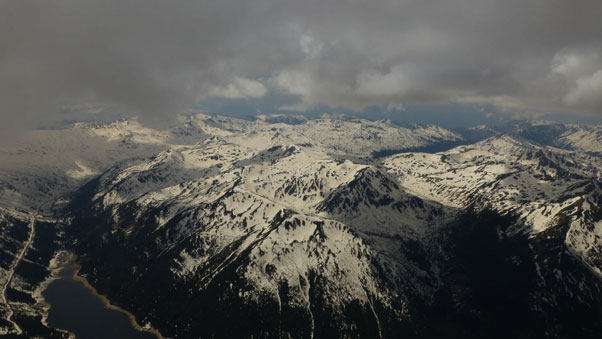 Deep inside the Rila Mountains on the triangle flight. Photo: Yassen Savov

But even late, on that day I managed to fulfil a dream I’d had for a long time – to connect the two highest and most spectacular mountains in Bulgaria – Rila and Pirin – going one way, returning another, and on the way cruising over their main ridges and highest peaks, jumping over backcountry mountain terrain and valleys that hadn’t been explored, and even less connected, and even less trianglized, until now. 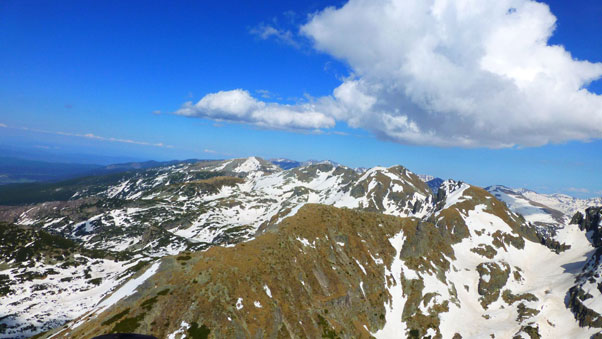 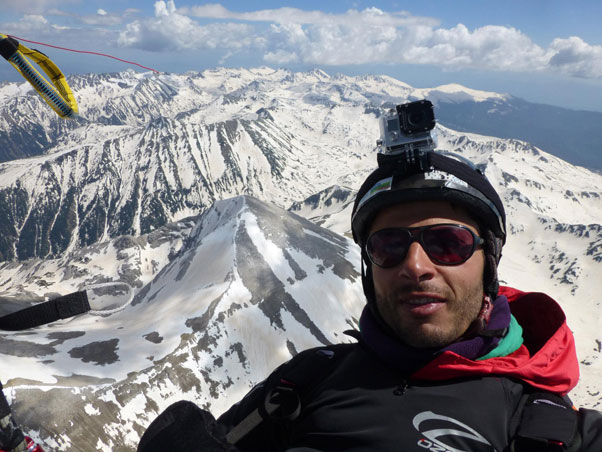 Pilots fly too rarely in these mountains, I keep telling them; but showing inspires more than telling. The result was a super beautiful new FAI triangle record of Bulgaria – 150km. See the tracklog.

Then on May 15 we took off from another site in SW Bulgaria – Konyavo. The clouds looked deceptively beautiful, but conditions turned out tricky and difficult, with a low thermal ceiling most of the way. I had an epic set of four very low saves in the first half of the flight, then conditions improved and the speed of flying also. 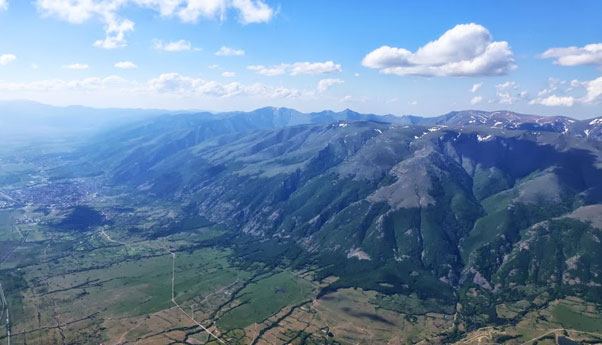 The Sopot ridge, with Sopot to the left. Photo: Yassen Savov 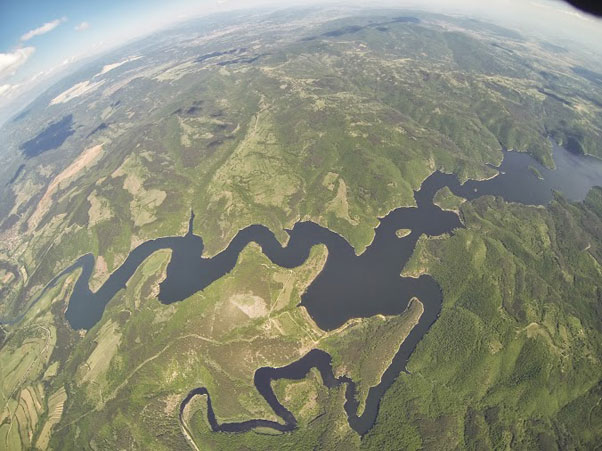 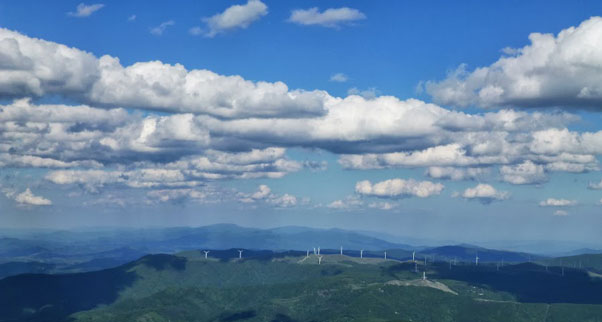 But around the 200km mark the wind abruptly changed direction and I got stuck at a wind generator park in the mountains, and almost had to land there Don Quixote style. But I didn’t even have a Sancho Panza to keep me company there, so I escaped from that wretched wind-struck place and fought the wind to keep going a little more and finally land, after having crossed four separate mountain ranges, at the 250km mark.

In doing so I set my new personal best and also a new Bulgarian record for longest mountain flight. See the tracklog. 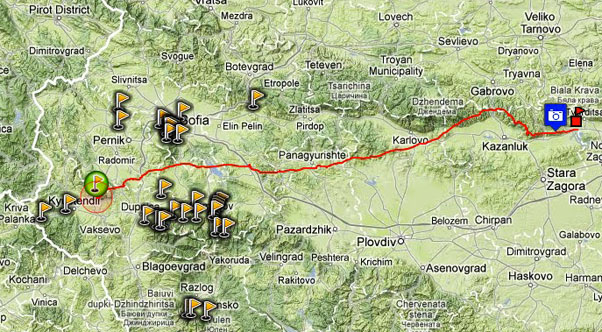 Finally, on May 18 I started again from Konyavo, to fly east to Sopot, where I tried a small task in training for the Worlds, again finishing after the 200km mark. See the tracklog.

Bulgaria is not only Sopot. The south west is full of mountains and valleys and flatlands – dots ready to connect into new long and beautiful lines.

May our gliders be the colourful brushes that paint these new lines. If you have a good two-liner wing and want to join me to explore some more, you will be welcome! Cheers!