Hang Gliding Europeans 2014: CIVL on why the comp was cancelled 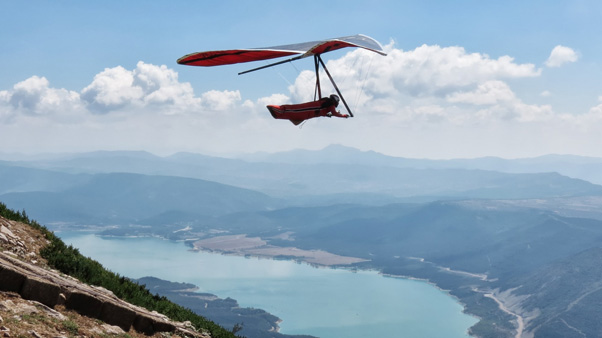 The decision to run the 2014 European Hang Gliding Championships on a low budget and a clash with the organiser over cooperation were the two main reasons the Hang Gliding Euros were cancelled in December, CIVL have said.

Planned for Spain in July this year the 18th European Hang Gliding Championships were cancelled at the end of last year with little explanation from CIVL.

A short notice on the FAI website simply said, “a safe, fair and satisfying event could not take place” leading to speculation on what the reasons were.

The competition organiser, experienced meet director Juaki Sanchez Garcia, offered a point-by-point defence of his organisation on the Oz Report, rebutting CIVL’s claims that he and his team weren’t meeting the standards expected of a European championship.

Now, in a personal statement from CIVL president Agust Gudmundsson, CIVL has revealed the thinking behind the decision to cancel what would have been 2014’s pre-eminent European hang gliding competition.

“In the past CIVL has been criticised for being less than transparent and for making hasty, knee-jerk decisions,” Agust said in his statement. “We are aware of this criticism and take it to heart in every decision that we make, particularly difficult decisions like this one.”

The decision to cancel was not taken lightly he said. Indeed, the ‘Steward’s Report’ into the Pre-Europeans – the test event held in August last year in the run-up to the 2014 European Championships – concluded CIVL should not cancel the competition in 2014, but instead “Keep an eye on the preparations”. The report is meant to be confidential but has been widely circulated online.

In hang gliding and paragliding, top-level competitions like the World Championships or Europeans are sanctioned by CIVL as ‘Category 1’ events.

CIVL is the Committee International de Vol Libre, and is the sanctioning body behind approving record claims and competition in the world of free flight – the International Olympic Committee of hang gliding and paragliding. It is made up of volunteers from around the free-flight world, usually working through their national association. The organisation sanctions some 300 events a year, mainly national events and other competitions that rank as ‘Category 2’ events.

As the highest profile and most prestigious competitions in the CIVL calendar Cat 1s command a level of organisation not seen in other competitions.

While some of the roles are filled by volunteers, several are also paid positions. The result is they are high-profile, flag-waving affairs with higher associated costs than ‘regular’ competitions.

According to a report published by CIVL in 2013 a fully-fledged, two-week Cat 1 competition costs well over €100,000 to put on.

The report, co-authored by 2009 Hang Gliding World Championships organiser Louise Joselyn, states that “running a Cat 1 event is a three year task”. CIVL’s timetable says it should start with a bid three years before the event, include a test event the year before and then the final competition.

Fundraising is a big part of that three-year process. “Your Cat 1 comp will cost €125,000” or thereabouts, explains the report. Of that you can expect to raise a maximum of €70,000 from pilot fees (assuming 120 pilots), leaving you with €55,000 to find from sponsorship and fundraising, says the report.

It is this lack of funding and associated lack of organisation personnel that led to the plug being pulled on the 2014 Europeans, CIVL say. 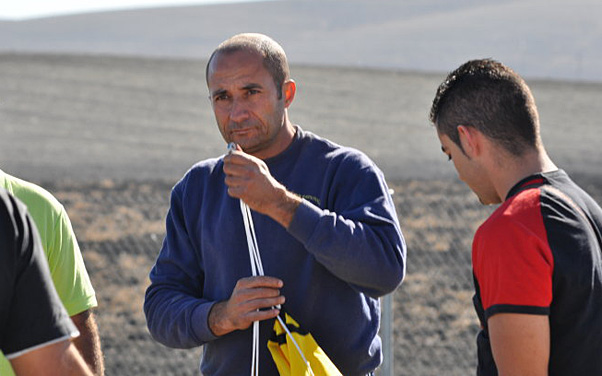 The Steward’s Report by CIVL into the Pre-Europeans held in August 2013 (the Cat 2 test event held the year before the main event a year later) concluded that while CIVL had faith in the skills of organiser Juaki Sanchez Garcia:

– The Safety Director had several roles, including “take off marshall and driver for the German Team”

– Helmets were not checked for appropriate EN 966 certification

– There was no English-speaking medic on hand, as the rules state there should be

– While launch control was fine at the Pre-Europeans where only 63 pilots took part, it would be “completely inadequate” for the much larger European Championships where 100+ pilots would compete

– Communication wasn’t up to standard: “The Coca Cola vending machine in the hotel is not the best publication board [for results and notices]”

– Not all key people spoke adequate English, as per the international rules

– The main organiser was limited in time because “he flew in the competition and was the only scorer”.

Organiser Juaki Sanchez Garcia defended the lack of key personnel, including an on-launch medic, arguing it was too expensive and could not be paid for from pilot entry fees alone. The competition did not have sponsorship or extra outside funding because of the financial crisis, he said.

He rebutted each point, and pointed to the successes of the competition, which saw seven tasks flown in seven days. He also questioned whether the Europeans would attract 100 pilots – in 2012 only 66 pilots flew in the Europeans in Turkey, in 2010 89 flew in Ager. His response is here.

Despite the reservations expressed in the CIVL Steward’s Report the final conclusion however, was positive in many respects. The report’s author, Dutch hang glider pilot Flip Koetsier, a former president of CIVL, said he was “confident” that the organisers would be able to organise a “successful European HG Championship in 2014” and he recommended the event go ahead but that CIVL “keep an eye on preparations”.

However, in December it was decided to pull the plug on the competition. 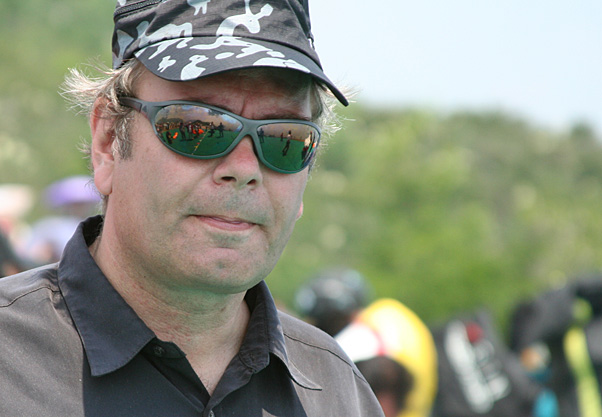 CIVL president Agust Gudmundsson said that the bid for the 2014 Europeans had been “unusual” from the start. The bid was late, coming in after the deadline (there were no other bids, which made accepting the late bid easier) and it was clear the budget was limited.

“It was an unusual bid as the budget had to be covered by pilot entry fees alone,” Agust said in his statement.

“Because of the lack of bids for hang gliding events in recent times and because CIVL knows and has seen Juaki’s excellent organisational skills in past competitions, the bid was accepted.”

There was “some reluctance” in light of the reduced budget, but Agust said CIVL was “hopeful” that a Cat 1 “could be pulled off with low budget”.

However, following the test event Agust said it was clear this was not the case. “Unfortunately, after the test event last summer, it became apparent there were many issues.

“Some of the issues have been seen on various forums. But to be clear there were two main factors relating to this cancellation.

“The other was difficulties in cooperation with the organiser, who felt he knew better than the sporting code rules and was not ready to do what is required.

“Part of that is related to the limited budget, where the organiser is understandably reluctant to add staff when funds are not available.”

Agust added: “The final conclusion was the test event was not acceptable, safety was compromised and the organiser was not willing to make the necessary changes needed.”

The result was CIVL decided to cancel the competition.

“Cancelling an event is a decision everyone is unhappy about,” Agust said. “CIVL is not happy having to cancel an event, the organiser is not happy personally or professionally and the pilots are not happy. But sometimes it is necessary to take the right decisions even it is not popular.”

He said lessons have been learned within CIVL, notably that it’s not possible to put on a Cat 1 competition on a small budget.

“Pilot entry fees alone are simply not enough to cover the expenses associated with the expected standards for a Cat 1 competition,” Agust said. “Pilots expect (as they should) value for the extra cost of a Cat 1 event. They expect dedicated officials like scorekeepers, launch helpers, goal crew, safety director, weatherman, etc.”

All these things cost money, he said. “Few individuals in the competition community are willing and able to serve in these positions for free.”

He added that the decision to cancel had not been taken lightly and that CIVL “seriously” looked into sanctioning a competition elsewhere.

“The last thing we wanted to do was leave pilots without a European Championship in 2014.”

Without elaborating he also added: “The possibility of a European Championships in 2014 is still there and we hope to have an announcement on that very soon.”

Whether or not a European Championship will happen, Juaki is going ahead with holding a competition in Spain this July. He and his team have reformatted the comp into the Spanish Nationals.

“We will run a Category 2 competition called Spanish Nationals and Non European Hang Gliding Championship Arangoiti2014,” he announced via the Oz Report on 20 December last year. “I have even the CIVL approval.”

Read the Steward’s Report into the 2013 Pre-Europeans