Flow Paragliders released two full-reflex PPG wings for the 2020 season: the Cosmos Power for progression/intermediate pilots, and the “fast and efficient” RPM for intermediate/advanced.

The Cosmos Power is based on the EN-B Cosmos. It’s made for ease of use, stability and efficiency and Flow say it’s a lot of fun to fly. It’s fitted with new-design PPG trimmer risers which have a 2D steering system.

The RPM is a faster wing, and is also efficient and stable thanks to the reflex profile. It has 60 cells and an aspect ratio of 5.8 and Flow say it’s easy to launch and land, with a “compact and playful” feel.

“Our aerofoil not only gives increased levels of safety and stability but also increased efficiency at extremely low angles of attack when flying with combined opened trimmers and full speed bar”. 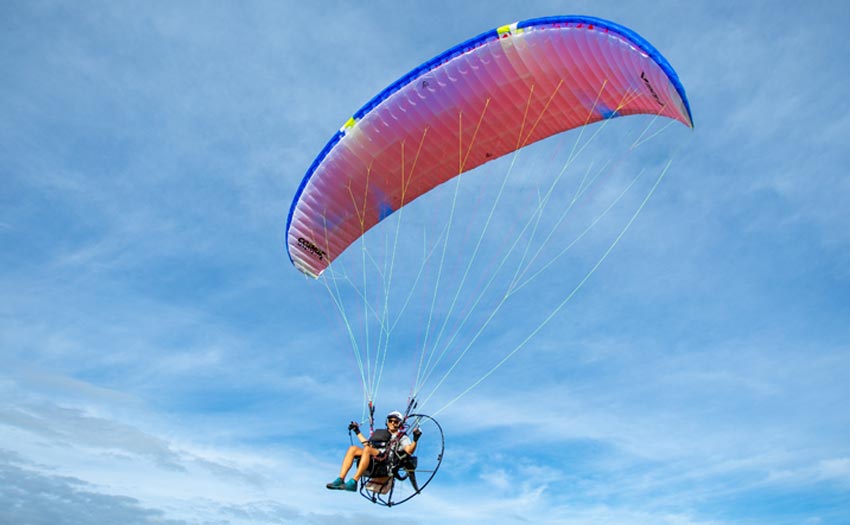