This issue is all about going big – but in your own way. Whether you’re planning an epic 300km flight or aiming to follow a thermal away from the hill for the first time, our contributors share the knowledge that will take you to the next level. 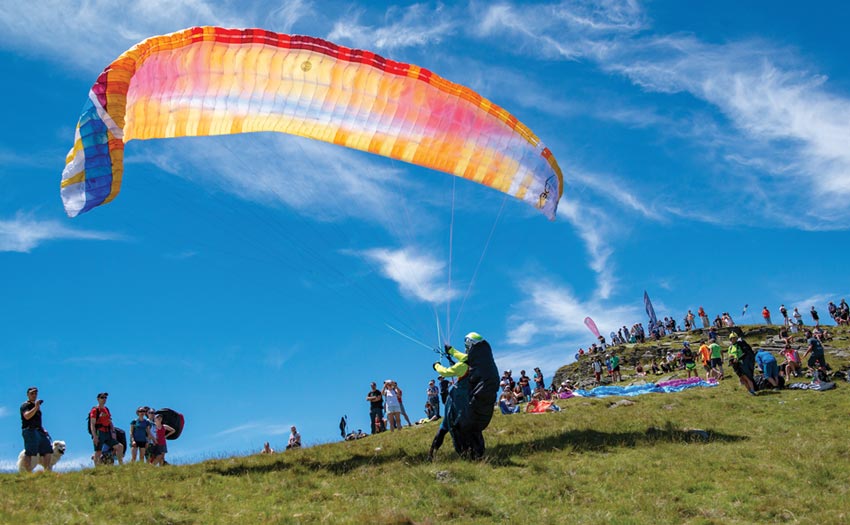 “The tail-end pilots gathered on Orhi that day had battled searing heat, the consequences of some poor decisions and the surprisingly rough conditions along the French-Spanish border. But even though they seemed beaten, they were all determined to keep pushing and close the gap on Chrigel.” Yes, Chrigel Maurer won – again – but the X-Pyr is an unforgettable adventure, says Martin Lifka, even when you’re at the back. 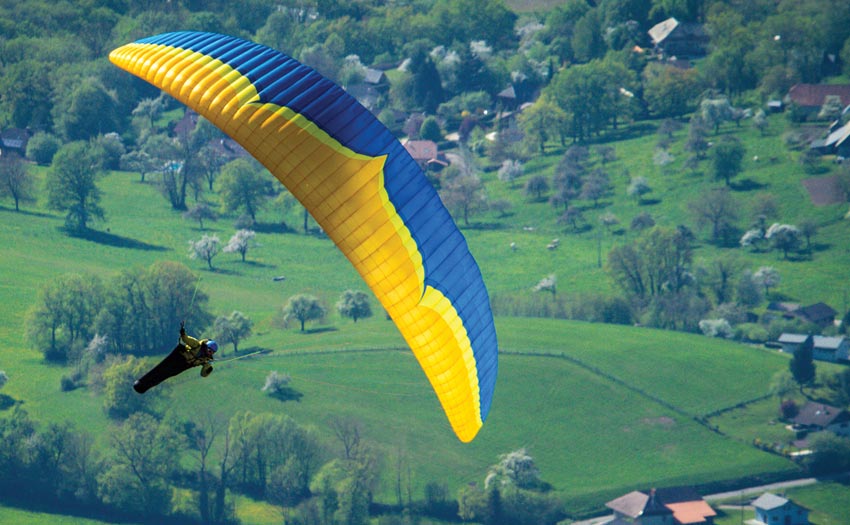 “The Rush 5 is a remarkable wing, combining a very comfortable, secure feel with top-class performance. Its ability to cut serenely through turbulence and enter thermals without much input keeps stress levels low. It’s hard to fault.” Ozone’s much-anticipated high-B Rush 5 lives up to the hype, finds Marcus King. 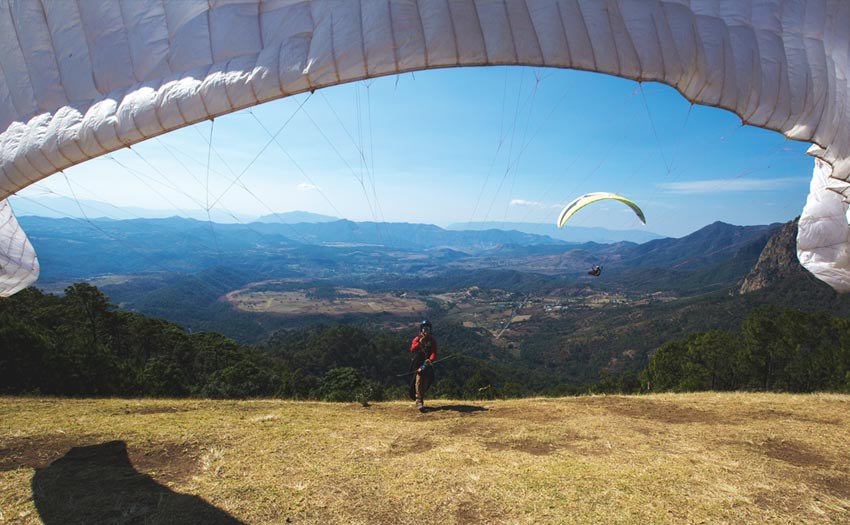 “On the day of my record-breaking flight, I got a ride up to launch with an American hang glider pilot who had been living in the area for years, and who later had to flee town after a late night round of Russian roulette with a table of drunken Mexican cops ended poorly.” James Kiwi Johnston recalls a lifetime of memories flying the epic skies of Mexico’s Valle de Bravo. 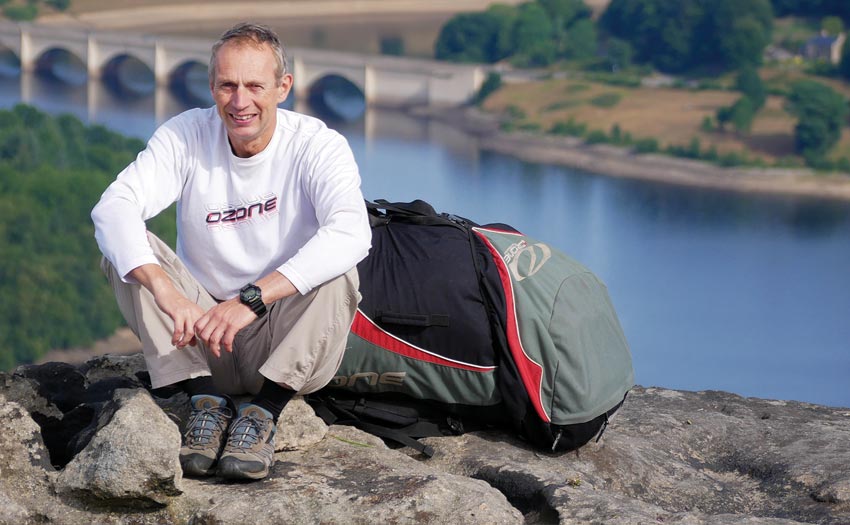 “Between Leeds Bradford and Doncaster, there’s a huge, wide space of flight level 55. I didn’t want to stick myself into a dead-end where I’d be stuffed, so even when I was 80km from this flight level 55, I was thinking, ‘This line isn’t quite right. We need to go a little bit east’.” Planning (a long way) ahead is key to flying 300km in the UK. Just ask Richard Carter, the first pilot to do it. 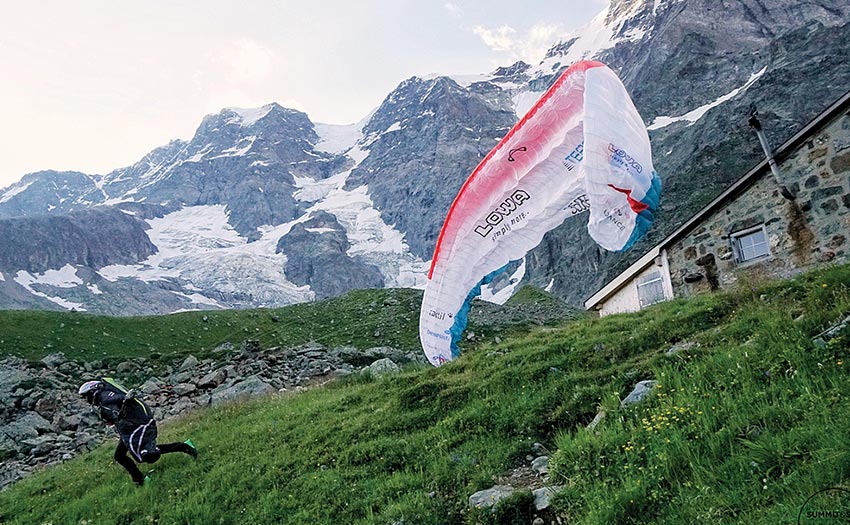 “All these beautiful huts in Switzerland provide shelter, food, toilets and even safety if needed. And that means you don’t need a supporter, which makes the freedom even bigger compared to the X-Alps, and of course cheaper and easier to plan.” Michael Witschi explains the concept behind the new Eiger Tour. 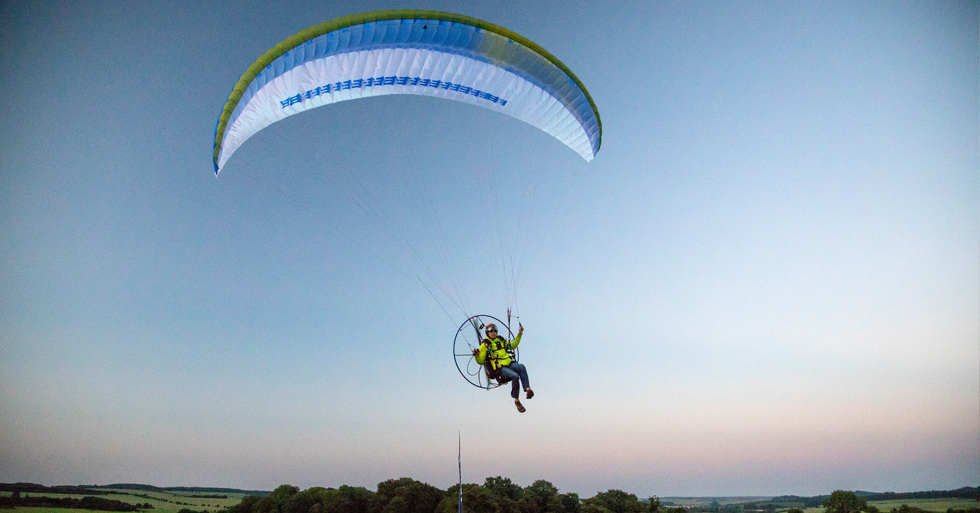 Do you want full-fat or skinny? Now you can have both, with Apco’s unique hybrid wing. Single-skin at the back, standard cells at the front. Marcus King takes it paragliding and paramotoring and is impressed. “An innovative wing that brings something new to our sports.” 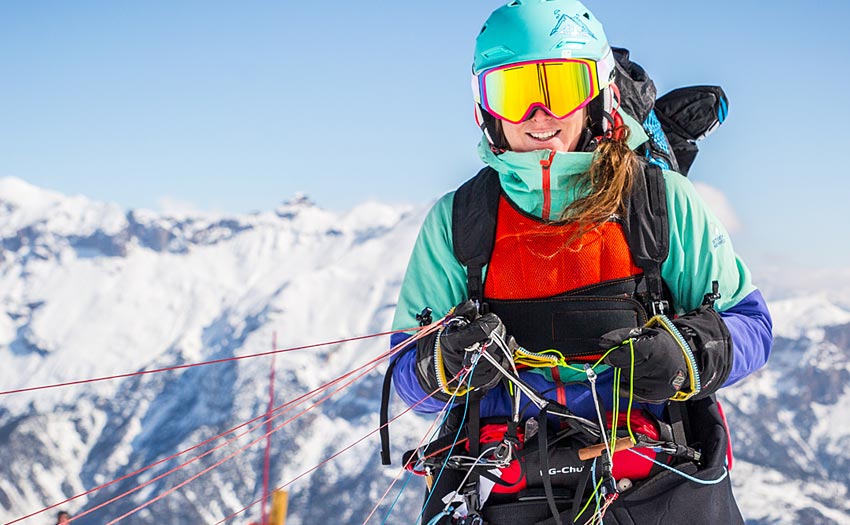 “My advice to pilots starting competitions? Go for it. The main goal at the beginning should be to make goal, every day.” Competition pilot Méryl Delferriere talks starting out, Superfinal … and how she bounced back from her lowest moment. 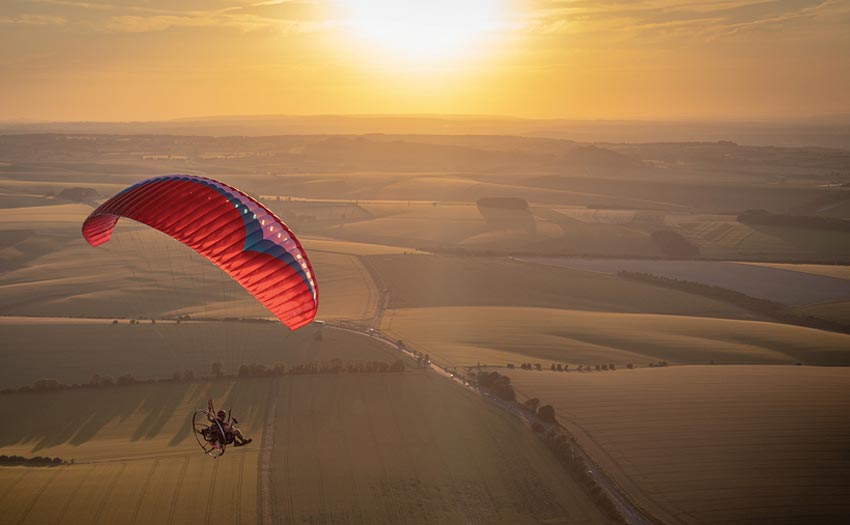 “Gilo opens the door into the vast, open workshop, where you could fit at least three badminton courts. There are long benches covered in engines, and at least half a dozen prototypes of the top secret ‘vertical take-off aircraft’. No photos, please.” Ed Ewing travels to Parajet’s spectacular factory and meets Gilo Cardozo, the man behind the brand. 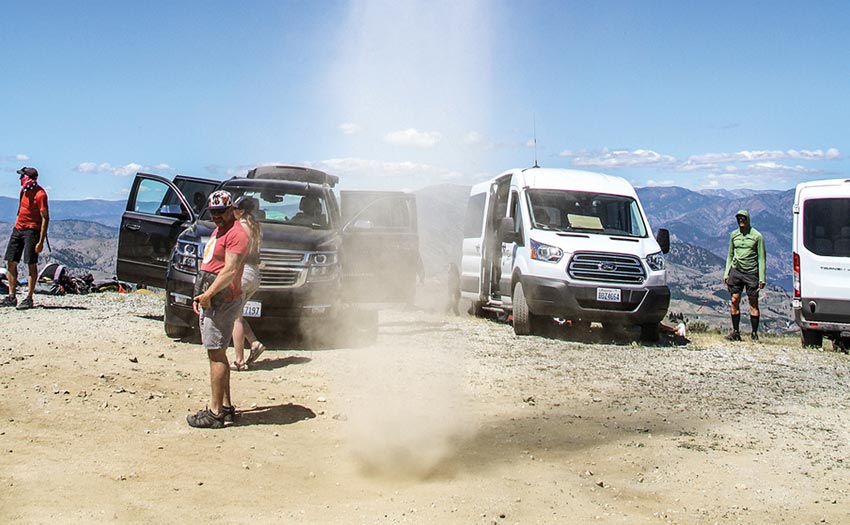 “When I’m on launch, the hair stands up on the back of my neck when the right conditions for dust devils are present. They’re dangerous things so don’t forget their three magic ingredients: light wind, sunshine and leeside.” Bruce Goldsmith gives a master class in staying safe when there’s a dusty about. 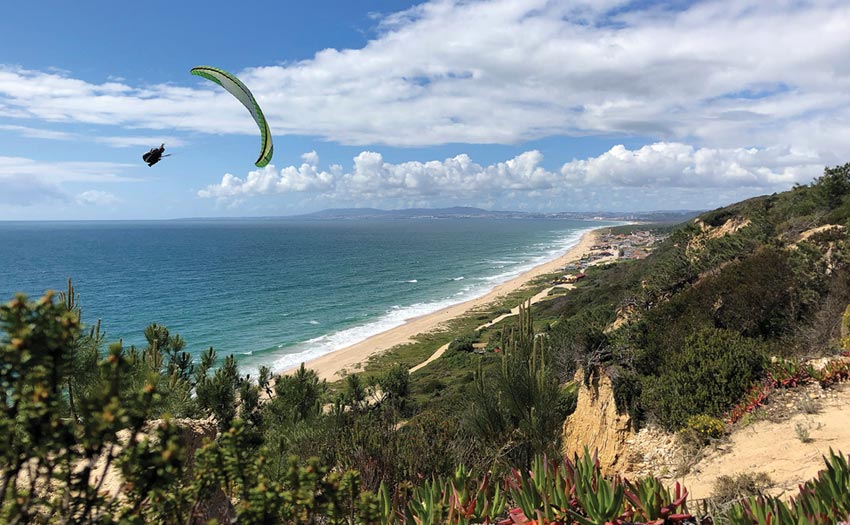 Flying and family holidays can make uneasy bedfellows. But Tim-Patrick Meyer and co. set off for Portugal’s Atlantic coast and discovered a compromise that kept everyone smiling. 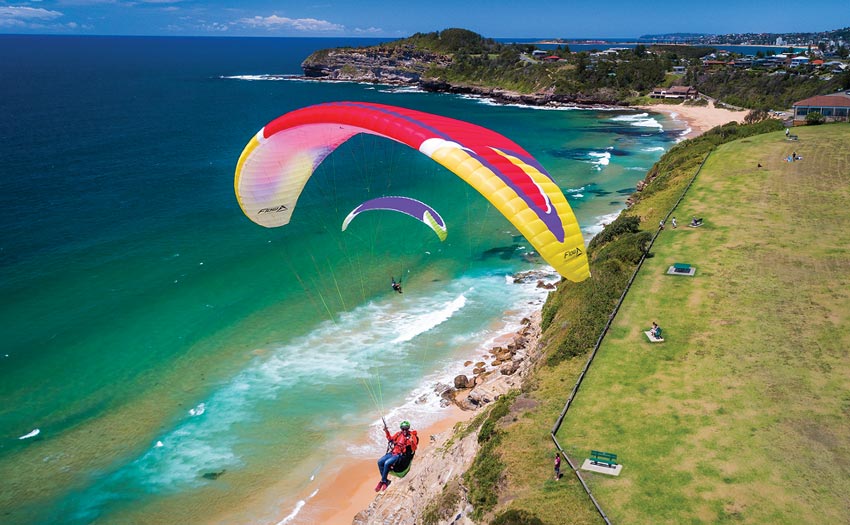 “There’s always tension before a tow. Extra things to attach, more people watching and a slight loss of autonomy. Everything is ready and the windsock goes limp…” Towing isn’t always a breeze, but Allen Weynberg was blown away when he finally took to the Australian air under his new EN-B Flow Cosmos. 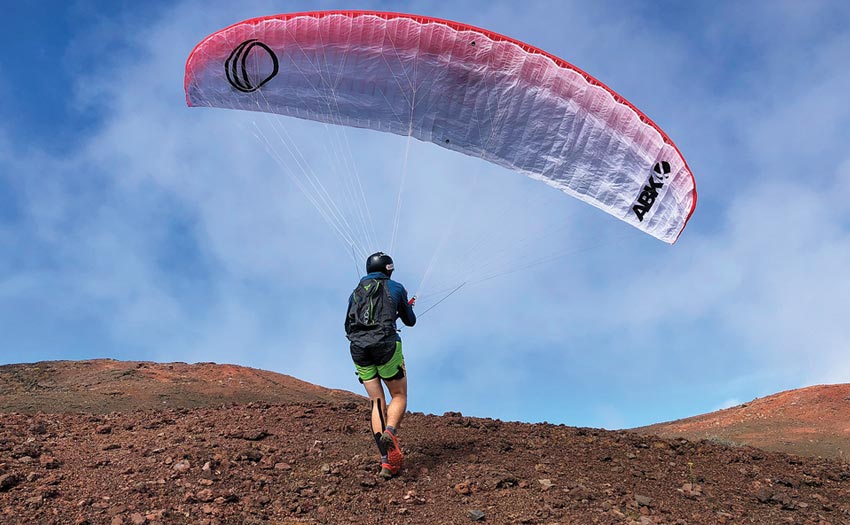 “Hike-and-fly can make you overly optimistic. You will see flyable conditions where there are none. It has happened to me (too many times) and on every occasion, after I ended up safely in the landing after a lot of sweating, I thought that I should really start to be less optimistic.” Acro legend Théo de Blic shares his top ten hike-and-fly rules for staying safe. 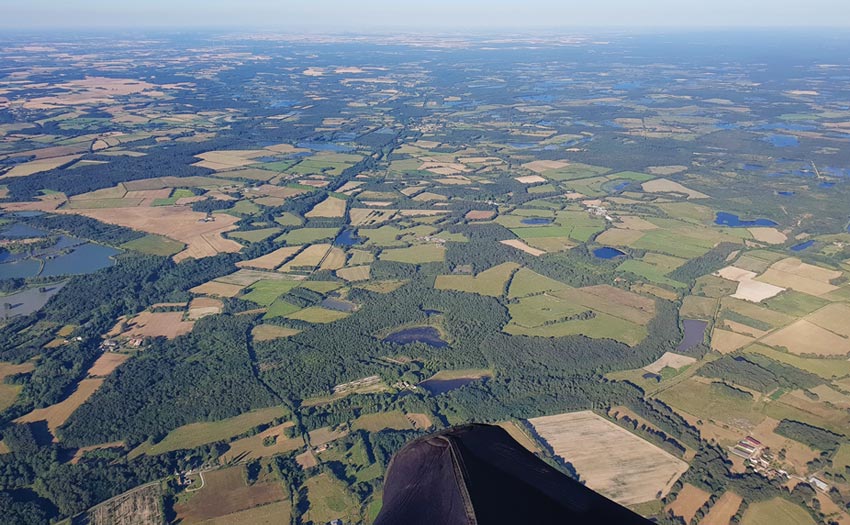 “Mother Nature offered me a +5.2m/s gift and cloudbase just below 1,700m. And so it was one handed and while eating my traditional in-flight food of choice, a madeleine au chocolat, that I was now on my way to the Loire.” Flatland guru Martin Morlet explains how he flew his latest big flight – and what you need to do to follow him. 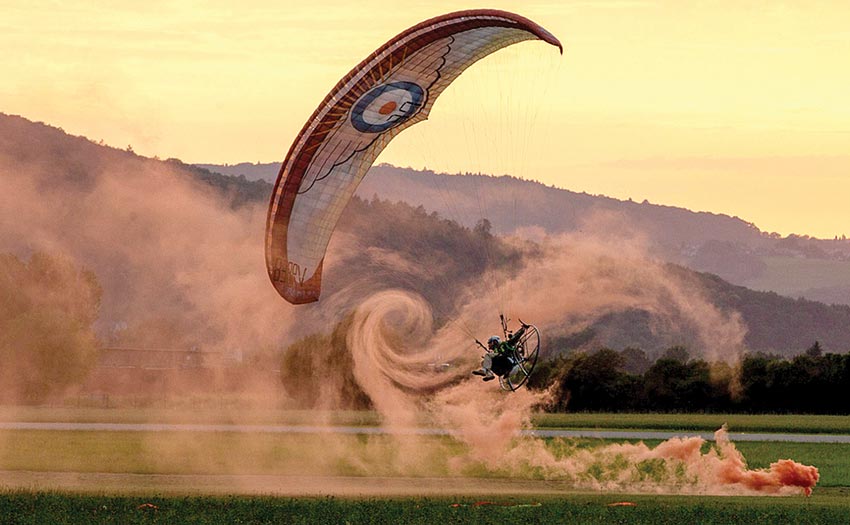 “Soon after powering into flight, only a dozen metres up, all atmospheric hell broke loose, serving up the ride of a maniacal bull. I wanted down. Now!” Turbulence can ruin the day of even the most experienced pilot, says Jeff Goin, but quality training can help prepare you for the worst.