Day eight was the day Chrigel Maurer stamped his authority on this year’s race, taking a commanding lead by the end of the day.

In hindsight it maybe easy to say that the northern route was the obvious one but at the end of day seven is wasn’t so clear cut. Forecasts differed but most gave a chance of Föhn conditions and possible thunderstorms further north. Chrigel said he didn’t get much sleep as they spent a lot of time making the decision about which way to go. In the end he chose the longer northern route along the Rhone and Rhine valleys before heading south towards the turnpoint at Piz Palü. Meanwhile Maxime Pinot and Benoit Outters chose to turn south early over the Simplon Pass where there would be no problem with the Föhn conditions. However they found super stable conditions that made forward progress all but impossible. “Why did I put myself in the only place in the Alps with no ***** thermals?” was the cry from a dejected Maxime at the end of the day.

Route choice wasn’t only key for Chrigel though, it was also his ability to make it work. It may have looked easy watching the live tracking from the comfort of an armchair, but as Tom Payne pointed out during his live chat with Hugh Miller conditions were far from easy. Look closely at the track you will see that there is a lot of drift on the thermals showing the winds Chrigel had to contend with. Chrigel has made no secret of the fact that he trains in all weather conditions, and pilots from his home in Interlaken will attest to the fact that he is always out not just on the perfect days. It was that experience he was able to use to make the flight despite conditions that most pilots probably wouldn’t be flying in.

By late afternoon Chrigel had tagged turnpoint 10 and was cruising at over 3000m, with the wind now at his back. It enabled him to extend his lead and by the time he landed near Merano his lead was over 150km, with half the distance to go to goal than his nearest rivals. Game, set and match? 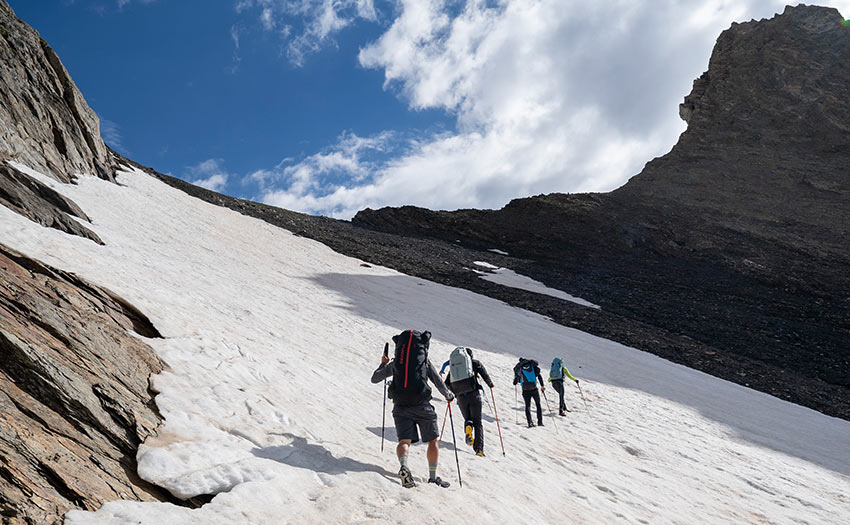 Elsewhere conditions had proved harder for those trying to push round Mt Blanc with stronger southerly winds making progress from the Dent d’Oche difficult. By this morning everyone up to Yael Margelisch in 19th position had passed turnpoint 8. Damian Lacaze who had managed to push round into Italy on foot faces an enforced lie in this morning after he was given a 12-hour penalty for infringing airspace, something his supporters online weren’t happy with as they pointed out the airspace was inactive at the time. Théo de Blic has now also been flagged as having a penalty which has now been confirmed as a 48 hour one which will start on Tuesday morning.

At the back Cody Mittanck pulled out of the race “due to intense pain in his legs.” “He could have just holed up in a hotel” was Gavin McClurg’s frustrated response to the news, as Cody’s withdrawal put Gavin in a fight with Laurie Genovese and Kaoru Ogisawa, with Gavin having already used his night pass. However this morning Laurie has posted on social media saying that her feet are too painful to continue, she said “This morning I walk to Fiesch with a heavy heart. Trying to tell myself that I gave everything. Stubborn then accept, resign. It’s just a game. I’ll wait for elimination, giving Gavin or Ogi a chance.”

So after an eventful day it is probably not a question of who will win but when will Chrigel get to goal? Today or Wednesday as predicted by Tom Payne?

Follow the action of the live tracking to find out