The Red Bull X-Alps gets under way. Photo: Marcus King
Comps and Events

The Red Bull X-Alps 2019 kicked off at 11:30am on Sunday 16 June. 32 pilots raced out of the centre of Salzburg – destination Monaco, almost 1,200km away in a straight line. France’s Maxime Pinot claimed the King of the Gaisberg crown for being first to the top of the 1,288m mountain and tagging the first turnpoint. Cross Country photographer Marcus King was in the thick of it. 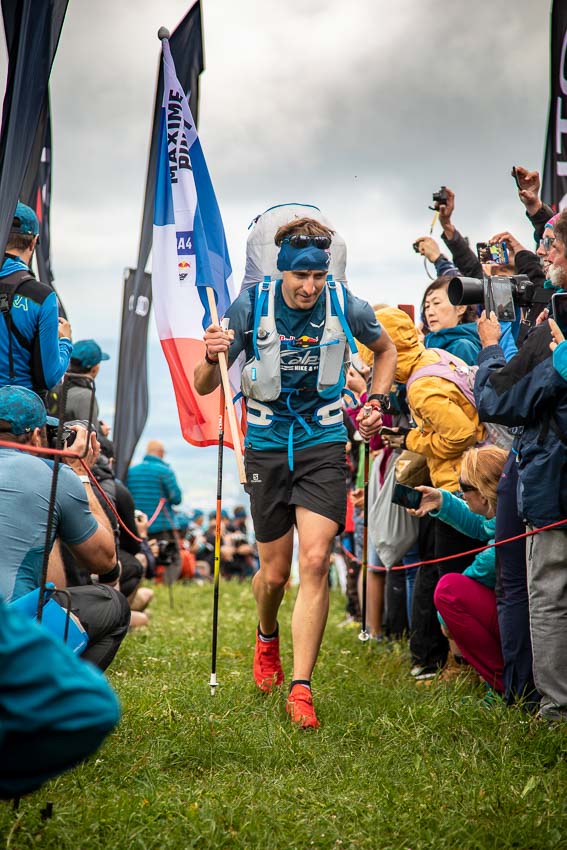 Maxime Pinot (FRA4) makes the summit of the climb. All Photos: Marcus King

After starting from the famous Mozartplatz in Salzburg, Maxime reached the top of the nearby mountain in just one hour and five minutes. He was closely followed by local athletes Paul Guschlbauer (AUT1) and Simon Oberrauner (AUT2). 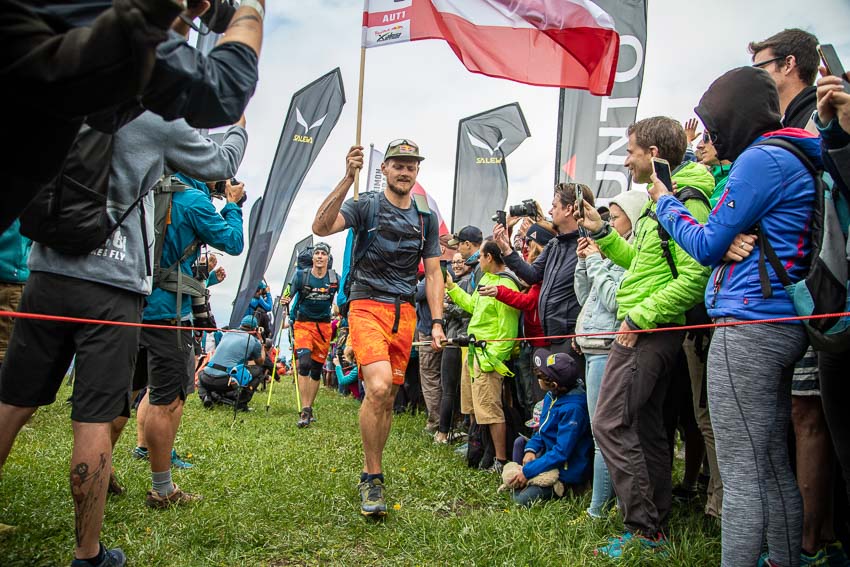 The rest of the athletes were close behind and soon the huge crowds were treated to a show as all the pilots took off and soared the hill before heading south towards turnpoint 2 at Wagrain-Kleinarl. Three pilots, Benoit Outters (FRA1), Kaoru Ogisawa (JPN) and Helmut Schrempf (AUT3) have already decided to use a night pass to get them in a good position for tomorrow. Follow all the action on redbullxalps.com/livetracking 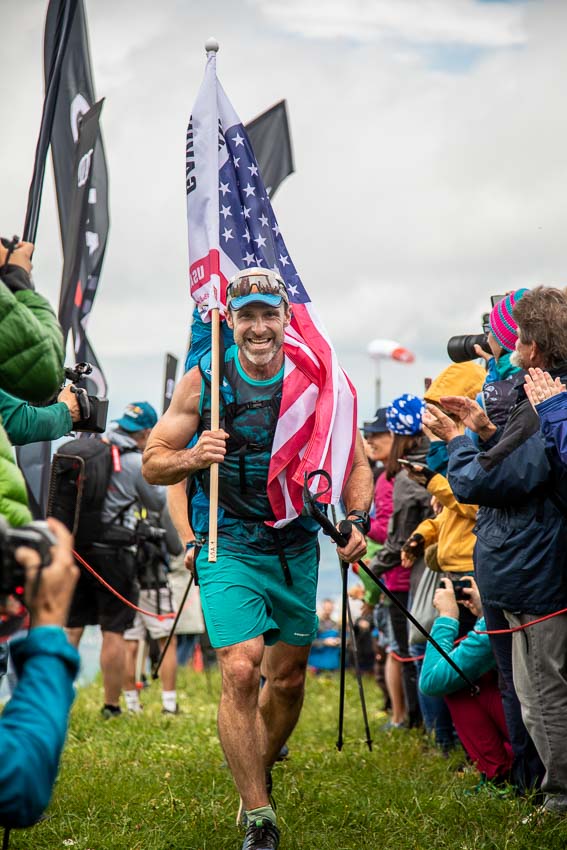 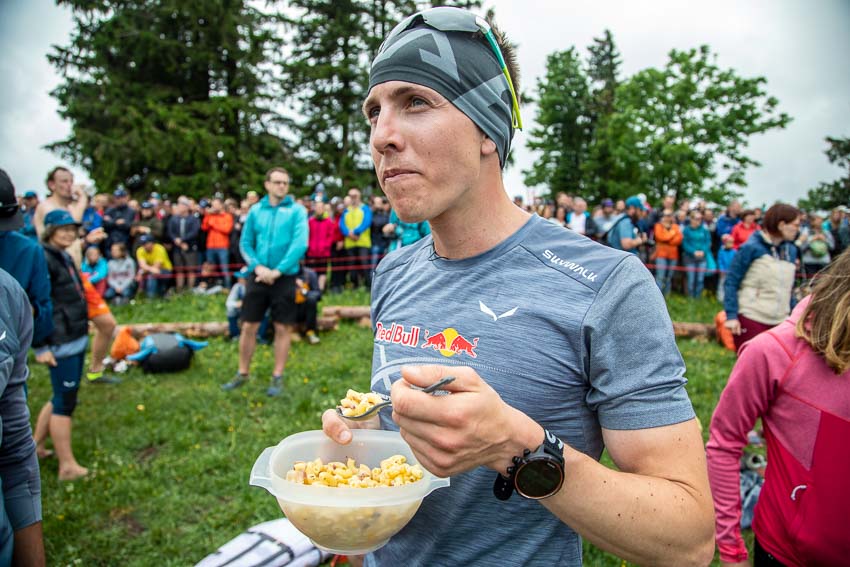 Simon Oberrauner (AUT2) takes on some calories before launching 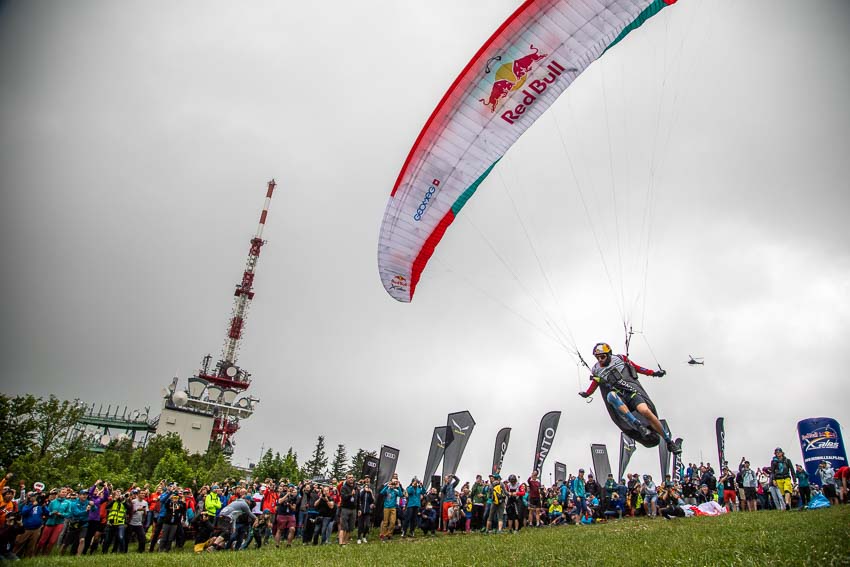 Italy’s Aaron Durogati (ITA1) was first into the air 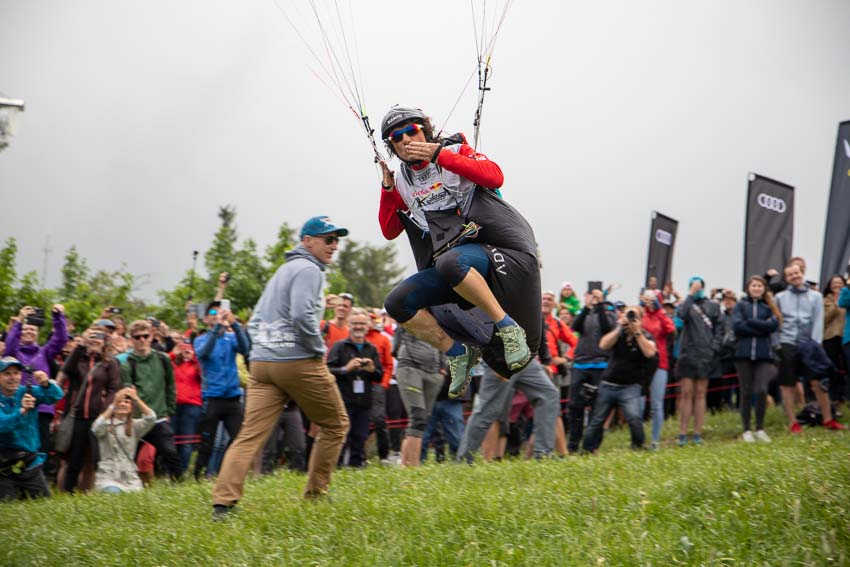 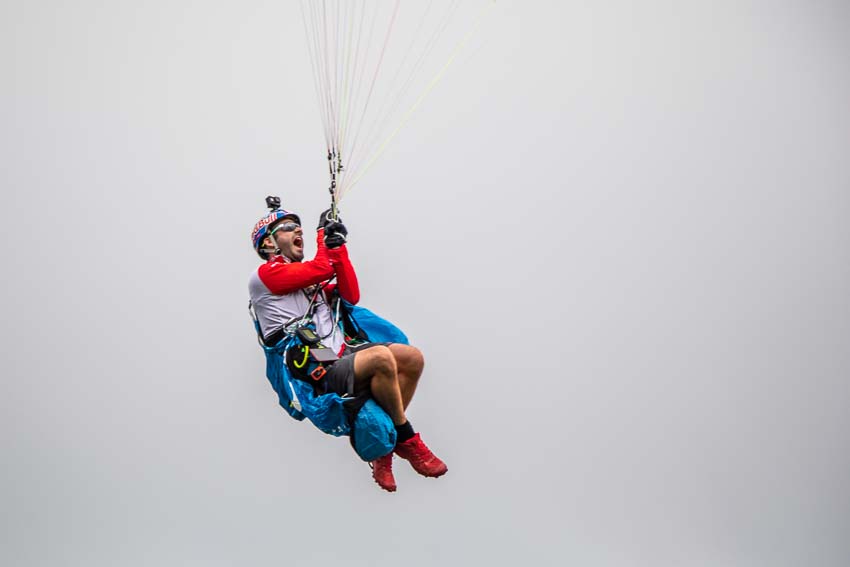 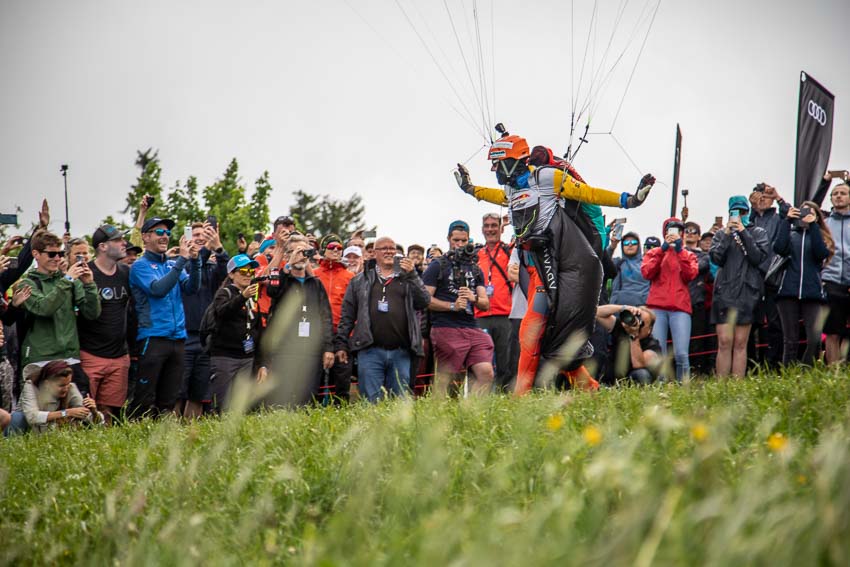 Chrigel Maurer (SUI1) gave a royal wave as he launched 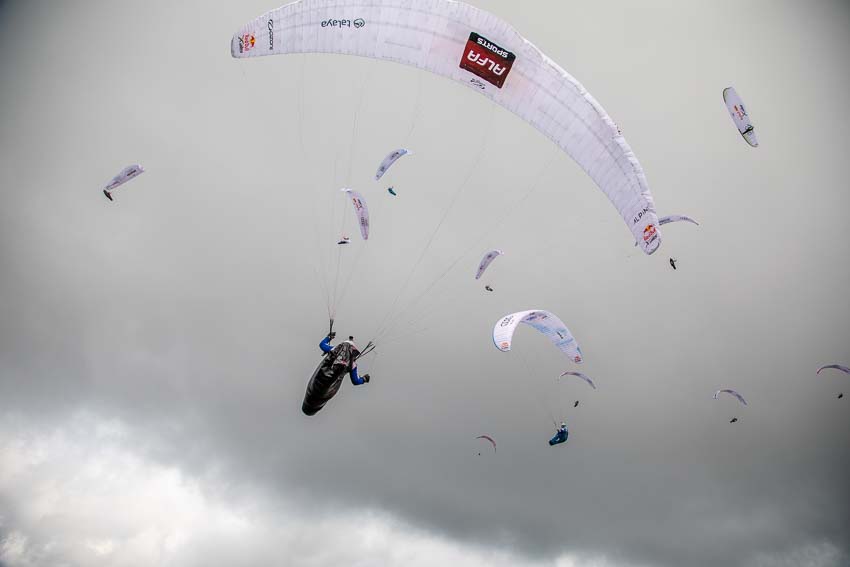 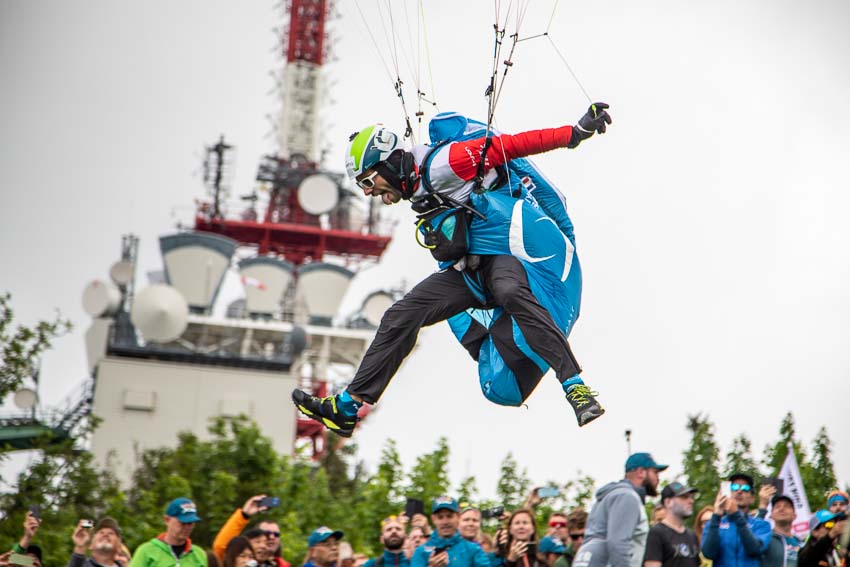 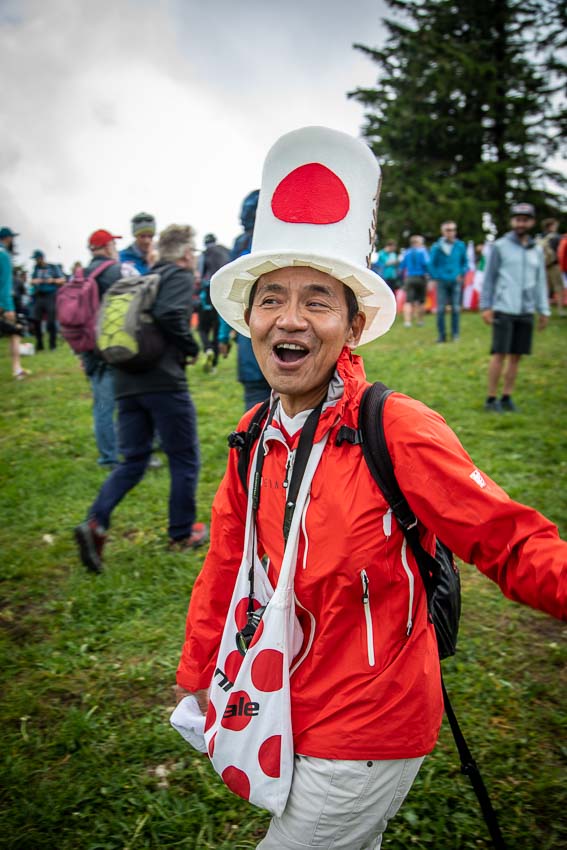 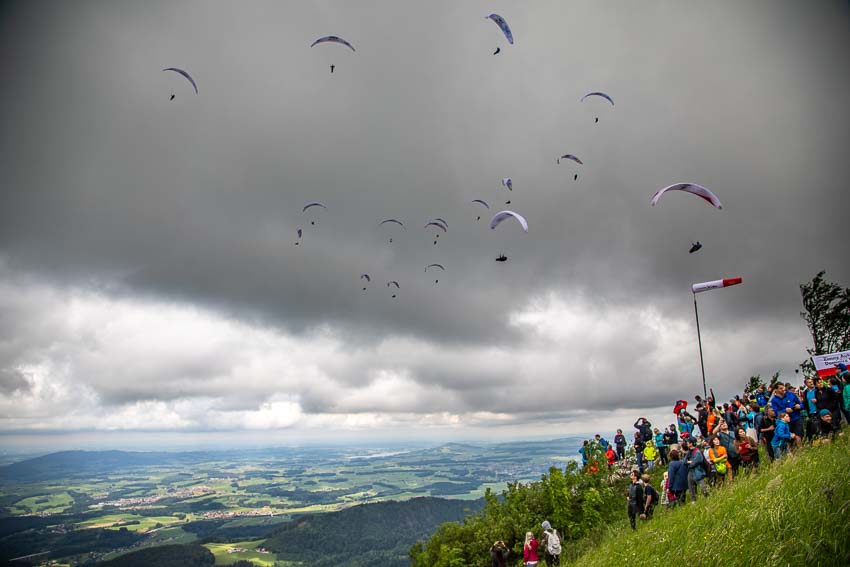 A low cloudbase made getting away from the hill more difficult