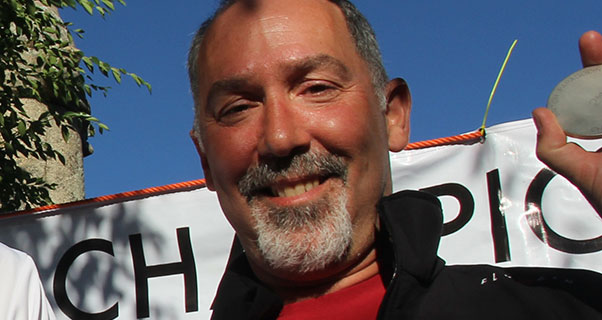 The 2014 CIVL Plenary kicks off later this week at the Grand Istana Rama Hotel, Kuta Bali, Indonesia. The five day meeting starts on Wednesday 19 February and will see dozens of delegates attend from across the world of free flight to discuss CIVL business.

Top of the agenda in paragliding will be discussion around the creation of a new ‘Competition Class’ for paragliders. Known as the CCC (CIVL Competition Class) this has been in development for two years and is designed to get competition gliders out of the EN system without going back to full-blown Open Class.

Adrian Thomas will be Tweeting live throughout the conference at www.twitter.com/xcmag. Adrian is a long-standing technical contributor to Cross Country magazine and a well-known voice on ParaglidingForum.com. A World Cup competition pilot and twice British Paragliding Champion he has been deeply involved in the development of the CCC.

The aim is to go to Bali to get competition wings out of EN-D and into CCC. The reasons for that are that comp wings distort EN-D (and that trickles into the other classes) and EN-D is not a rule that allows competition organizers or pilots to check their wings conform.

The CCC rule requires wings to be flight-tested and load-tested, and they have to be produced in at least S,M and L sizes, and the rule defines a wing as in or out based on simple measurements and tolerances, defined so that any pilot can measure their wing with a tape-measure, in less than an hour, to check it actually complies with the CCC rule and matches the certification the manufacturer told them it had.

There is enough room for the designers to work, although aspect ratios are limited to what we have now. There is also room there to allow small and large pilots to compete with those of us blessed with average build.

We are working on the final version of the CCC rule that will go to the plenary now, and it will no doubt be modified during the face-to-face meetings in Bali, but the essence is there – riser and line measurements, span, two chord lengths and a trailing edge length. Speed limited by only allowing the risers to move 17cm. Each measured with defined loads applied and defined tolerances.

The CIVL plenary happens each year in a different location. It brings together representatives from many different national organising bodies to discuss competition in hang gliding and paragliding. As well as the CCC debate, the meeting will see pitches from various countries that want to hold future World, European or Continental Championships, as well as other business.

Two days of meetings precede the two-day plenary. Proposals are hammered out in the meetings and sub-groups before being formally proposed at the plenary. There they are voted on by all delegates. The full agenda is here: CIVL 2014 Plenary agenda (pdf).

To read the Competition Class proposal in full, click here.

For all the paperwork on the CIVL plenary visit CIVL here and navigate to Meetings / 2014.

Follow Adrian’s progress through the politics and pitfalls of the CIVL plenary in Bali on Twitter here.