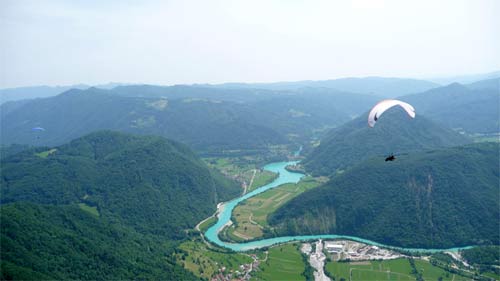 23-year-old 2007 junior French champion Alexandre Jofresa has won the first round of the British Paragliding Open that was held in Kobarid, Slovenia, from 5 – 12 June. In second place and first Brit was Jamie Messenger, with Craig Morgan in third. Eight of the top ten pilots, including Alexandre, Jamie and Craig, were flying Ozone Mantra R10.2s, two Gin Boomerang 7s making up the rest.

Compared to other recent European comps, the weather was not too bad. The week of the competition was a bit on the windy side but in the main, flyable, with six tasks held over the seven days. Routes were often kept to the main valley to avoid the potentially dangerous mixture of strong winds and mountains, and were fairly short, ranging from 57 to 73 km.

The second and final round of the British Championships takes place in St André, France from 28 August to 4 September.