The new Rise 4, the high EN-B from AirDesign, has been released in five sizes. All sizes are certified and the glider is available from AirDesign dealers now, AD say.

“The new Rise 4 – the WOW effect!” is the marketing strapline for the new wing, which replaces the Rise 3 in AirDesign’s paraglider line-up.

A high-B the Rise is for thermal and cross-country pilots who want performance and a good degree of passive safety. It has an aspect ratio of 5.92 and weighs 4.25kg in the M size. 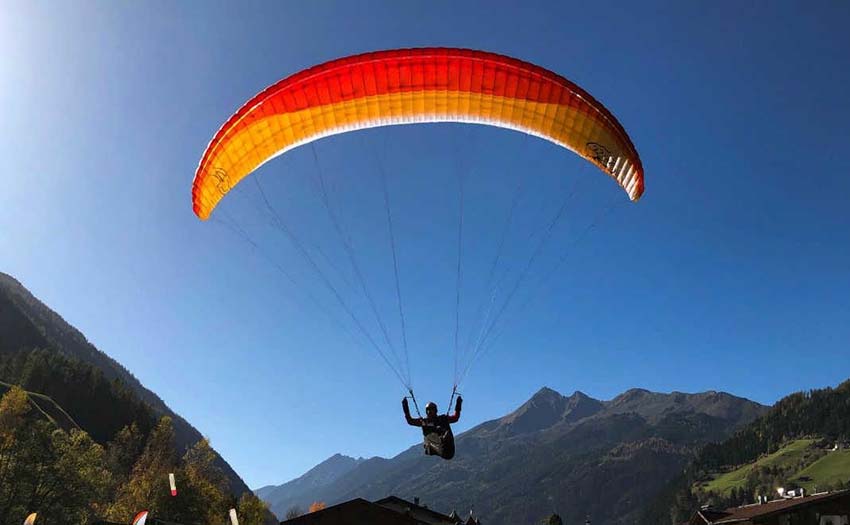 AirDesign said they have increased performance over the Rise 3 by modifying the profile and refining the inner structure.

“We added some cells for more profile consistency and chose material optimised to get a light canopy resulting in a low glider weight. Still, passive safety is strikingly higher than you would expect in this class.”

They added: “The trailing edge looks clean [and] the newly designed riser set showcases a B/C control which works effectively throughout the entire speed range.”

The glider is available in five sizes, XXS to L, for pilots weights from 50kg to 125kg.