Sylvestre Camp: Exploring the Transamazonica from above

Sylvestre Campe is a Brazilian filmmaker who has turned his eye to the Amazon, exploring and filming the 4,000km long Trans-Amazonia Highway from the air. By Ed Ewing

“I’ve been living in Brazil for the past 30 years, and Brazil has given me an amazing life,” says Emmy award-winning cinematographer Sylvestre Campe from his home in Barra da Tijuca, Rio de Janeiro. “An interesting film career, amazing family, everything. And I always want to defend Brazil. So I wanted to go up to the Transamazônica to see, is it really that bad, the way people say?

“I went there with a mission, hopefully to be able to defend it. But to be quite honest, I just couldn’t be positive about it. I tried really hard, but then I was always overwhelmed by human terror, and what mankind is doing to that area.”

“That area” is the Trans-Amazonian Highway, official designation BR-230, a 4,230km highway that stretches east to west across Brazil. Inaugurated in August 1972 it was envisioned as a fully-paved highway which would reach deep into the heart of the Amazon basin, bringing economic prosperity with it. Fifty years on much of it is still unpaved, a strip of red mud that is impassable in the rainy season between October and March.

Instead of heralding a new Brazilian golden age it set the scene for five decades of illegal logging, intensive cattle ranching, erosion, illegal gold mining, and poverty for many of the people who moved there.

And instead of pushing all the way west to the Brazilian border, it stops 1,000km short at a small town called Lábrea on the eastern bank of the Purus River, a tributary to the Amazon. On the other side of the river it is virgin rainforest, or at least rainforest without roads.

“Taking off from Lábrea I realised, ‘Wow, now I understand why they gave up on the highway’. It was meant to go all the way to Peru but suddenly, on the Purus riverbank, they decided, ‘Okay, we give up’.”

On his first flight in this tiny place deep in the Amazon Sylvestre headed west, across the Purus River and out over the rainforest. “I flew a couple of hours and I just saw jungle forever. It was marshlands, lakes, and just jungle, jungle, jungle.”

A couple of hours is something like, 50km? Flying alone across the dense Amazon rainforest? 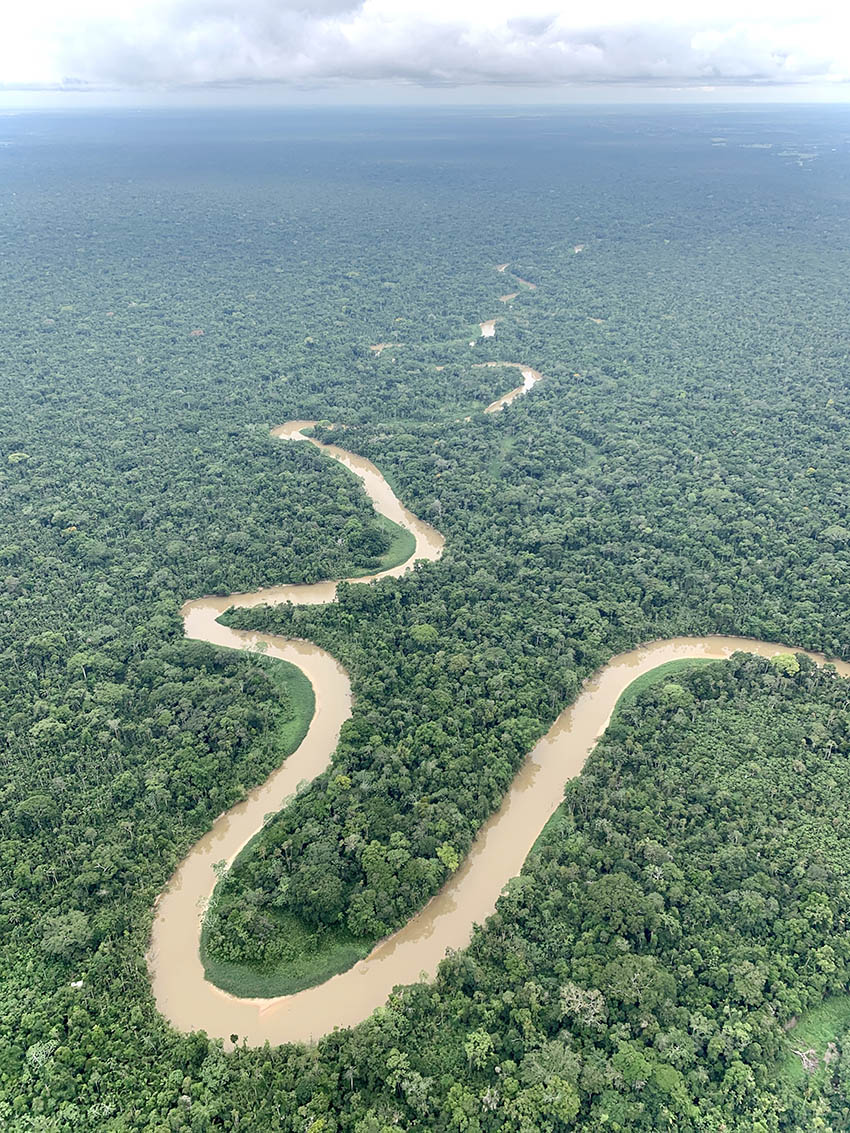 “Yeah, more. I mean, I really enjoyed doing it by myself, because it’s a very solitary experience. But it’s also an overwhelming experience, a scary experience. But there was also magic to it because you think about life, the Amazon, paramotoring, about filming in a very different way. Flying by yourself is always a very intense experience.”

If anything had happened he would have activated his Garmin inReach satellite tracker, but he agrees, “In the jungle I would be landing at probably 30m high, in the trees somewhere, which wouldn’t be fun.”

The flight was the first of many that Sylvestre made along the length of the Trans-Amazonian Highway – Transamazônica – on what started earlier in the Covid-19 pandemic as a solo project to learn more about his adopted home. Originally from Germany he grew up on a sailboat, travelling around the world with his parents for seven years from the age of 11. His dad, a teacher, had signed a contract with a German TV channel to make a documentary about it, so Sylvestre grew up around filming and being filmed. “In a way it was one of the first reality shows,” he says now.

Aged 18 he headed to the USA where he studied film at the Rhode Island School of design. From there, one New Year’s Eve, after a period spent drifting around the Caribbean delivering boats, he decided he had to commit to something. “I decided, at midnight sharp, that I was going to decide what I was going to do. First thought. And it was Brazil.”

He had been in Brazil on the boat with his family before, so it wasn’t completely unknown. “We’d sailed from Africa to Rio, and then up the Amazon river. I was a teenager at the time and it really impressed me.”

But his attitude this time was different. “I didn’t go to Brazil to say, ‘Okay, let’s check it out’. It was, ‘Okay, I’m going to live there and start a life, make a career.’”

Thirty years on and that commitment has paid off. He has a home close to the beach, a wife and three daughters, 13, 18 and 24, and is a partner in a TV production company that specialises in creating adventure content for the Brazilian market. He also has two Emmys for his work on the 32-season CBS reality show, The Amazing Race. His dad meanwhile, “is now 84 and still sailing around the world!” His mum lives a quieter life in rural France.

The decision to fly the length of the Trans-Amazonian Highway was an independent one, not tied to any project. He just wanted to see it, although he knew it might pay off professionally too. “It’s going to have its 50th anniversary this year, so I figured the media would want to start talking about it. So I wanted to understand it.”

His solo trip started in Lábrea and headed east for about 2,000km, from virgin rainforest to a finish at the “infamous” Belo Monte Dam, a massive 11MW dam across the Xingu River in the state of Pará. The fourth largest dam in the world it opened in 2019 and, like all mega dams, has been controversial from the start. “It’s very symbolic because you realise, ‘Okay, mankind has managed to build this dam and reroute a huge river.” 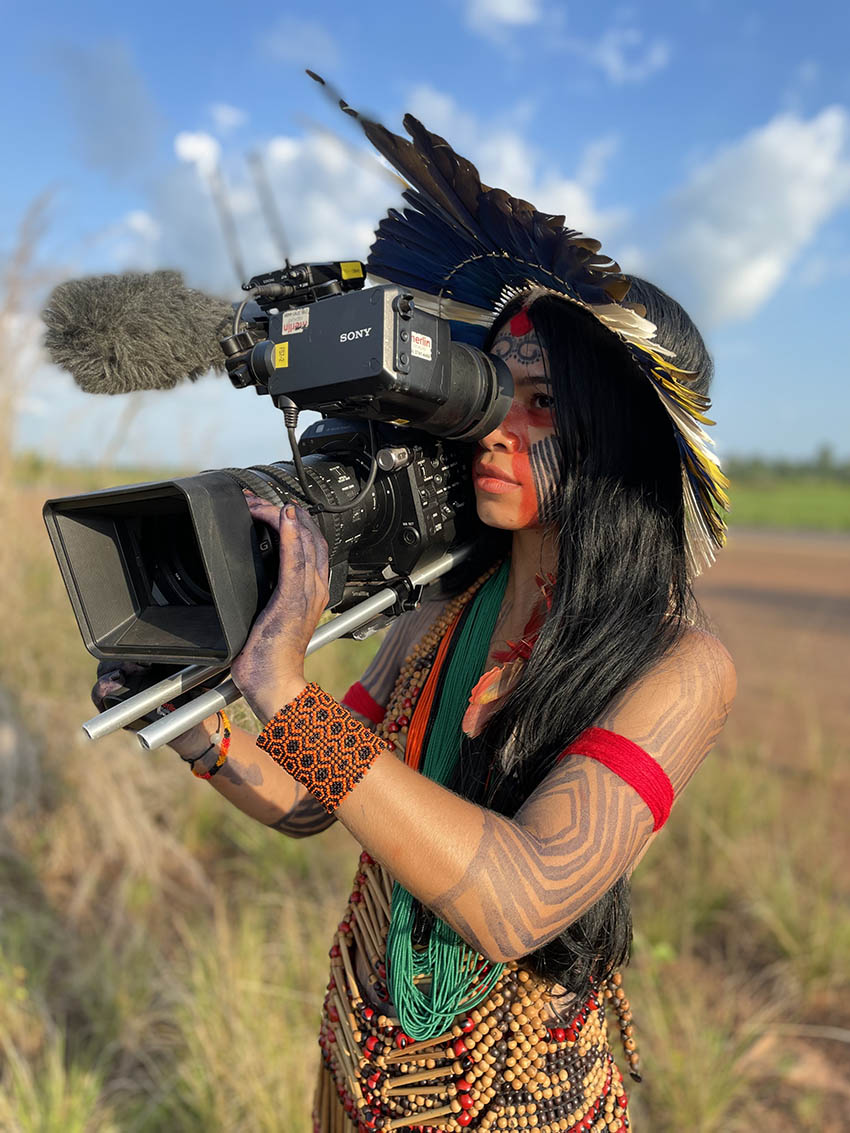 Along the way he flew and filmed for six weeks. The start, he says, was “very special, an idyllic experience.” He explains: “You still have virgin jungle ahead of you, and you have this beautiful river culture, where they still eat turtles, alligators and go hunting. Which is all good because it’s small communities and so on.

“Then, going east, you realise it’s becoming more and more intense. You still have stretches that are beautiful, they are usually the indigenous parts, and then you realise mankind is just eating away north and south of the road.” The road means wheels and trucks, and that means “merchandise” he says. “Logs and people, back and forth, back and forth.”

The people who live along the Transamazônica are “incredible” he says. “You have people who were lured there by a dream. The way in the US, there was a dream to go west, in Brazil, there’s a dream of going north. And you’ve got to respect that, people trying to make a living.”

The paramotor was a “really important tool” to understand the scale of the Amazon and what is happening. “I mean, if you travel 30 or 40 kilometres over jungle you find incredible things, be it illegal burning, incredible lagoons or clandestine gold mines. But you only find out by being up in the air, looking down.” 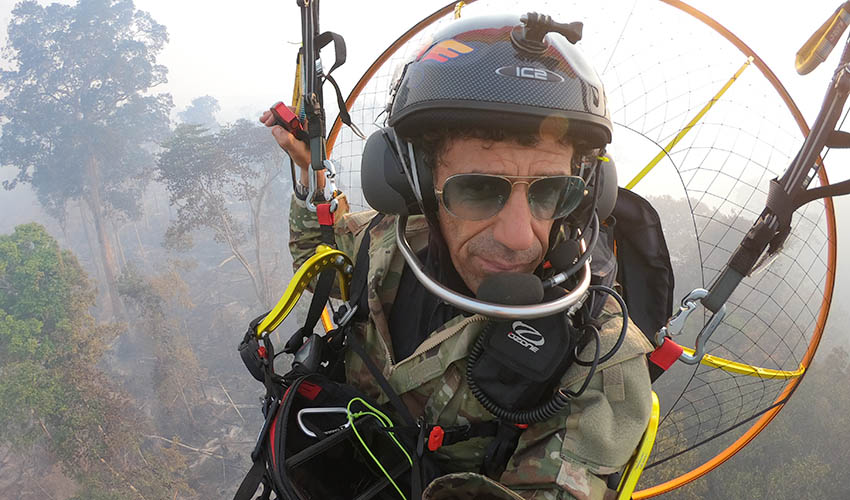 Filming illegal activity from the air is not without its risks, of course. “It is actually very risky,” he says. “Because of the burning, which is illegal. People will actually shoot if they see anything flying over, even a drone, or hear about you filming. Gold mining people will shoot if they see you filming. Travelling along the Transamazônica you have kidnapping, all that.”

Fortunately, Sylvestre is well known in Brazil as a face from the TV. He has spent the past few years filming adventure and travel shows around the air where the paramotor plays a key role. “The paramotor is sort of the perfect alibi because they say, ‘Ah, it’s the funny guy who flies. We’ve seen his series, we can let him go.’ So I get the amazing footage, which would be impossible to get otherwise.”

Since his first trip to the area Sylvestre has been back twice for commissioned filming projects. These projects will come out in 2022. One short film featuring his footage has already featured in an exhibition in New York.

The 12-minute film, Mother of the Air, is set to hypnotic music specially composed for the footage and is a sad, slow reveal of a devastated landscape: fires, forest clearance, miles of dead, charred trees about to be ploughed under for cattle or soy. It is not a happy scene, and Sylvestre recognises that.

“You know, I don’t like to point fingers. I like to, through imagery, make people realise, ‘Okay, this is a topic to be thought about’. I don’t want to be on camera saying, ‘This is the end of the world and you have bad guys here and good guys there, and so on. It is never quite as simple.’” 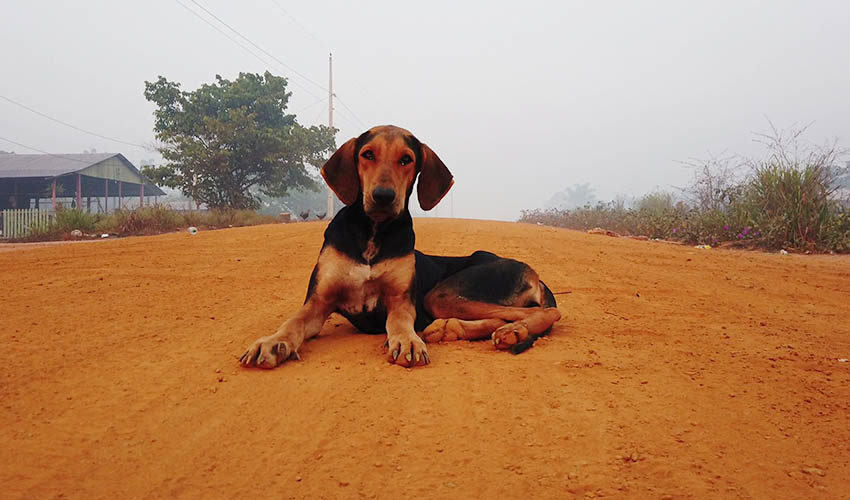 What started as a personal exploratory expedition to a part of the world he wanted to know much more about has now become, he realises, more than that. “I think it is a sort of cross I am bearing now,” he says.

“Brazil TV have commissioned a series from me about the Transamazônica, there is a French company interested, and also Germans. And you know, it is a very serious issue. I think I’ll be on this path for a while.”