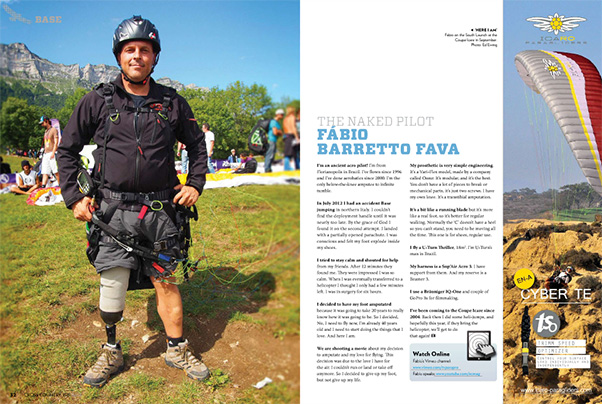 Fabio Barretto Fava is the subject of our Naked Pilot interview in Cross Country 156. Describing himself with a laugh as “an ancient acro pilot!” he is, in his own words, “the only transtibia amputee to infinite tumble!”

After a wingsuiting accident in 2012 that saw him lose his leg, Fabio is back doing the things he loves – and that’s flying, flying and flying. We spoke to him on the South Launch at the Coupe Icare in September.