Whatever level you’re at in free flight, the best tip is to keep aiming high. This issue we take a good look at how you can keep progressing in our sports – and have heaps of fun while you’re doing it. 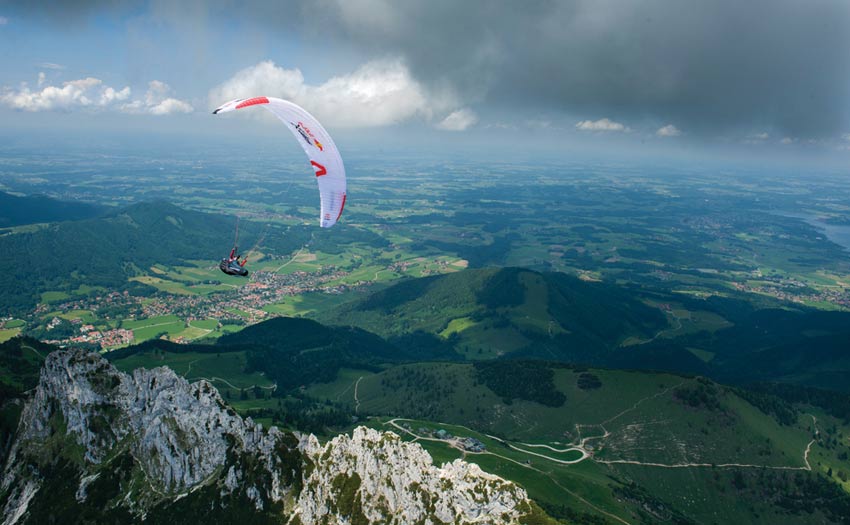 “Concentrating on these external, positive goals will leave you with little spare capacity for those negative thoughts. And at the end of the flight, you will know that you have truly achieved something.” Don’t just boat about aimlessly, says Ian Currer. Focus on your targets and you’ll make your flying better, safer and, crucially, more fun. 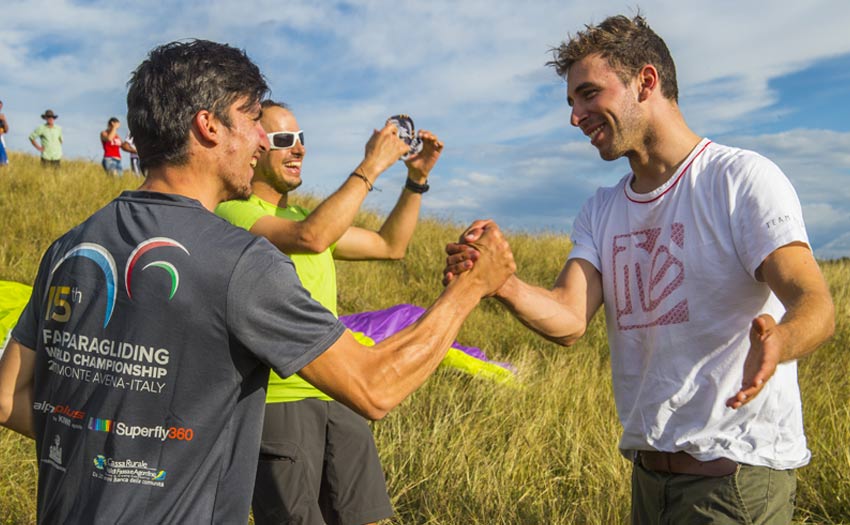 “It was horrible to be honest. Pilots are getting more aggressive. This comp had a lot of mid-airs. It’s not only the aggressive flying, it’s also turning in the wrong direction. Crazy.” PWCA Superfinal winner Michael Sigel reveals how he pulled victory out of the bag – despite crowded thermals and some aggressive flying. 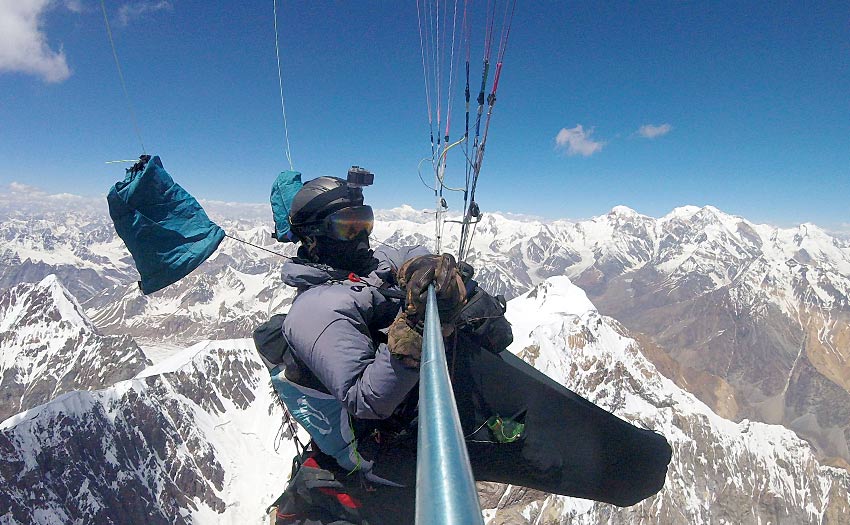 “I fly for three hours and make about 30km in weak, turbulent lift – until I spot some shepherds and decide to make a stopover, scaring away both the sheep and the dogs. Luckily, the shepherds forgive me and offer me a supper of soup and bread.” Alexey Druzhinin tells the tale of his remarkable 600km odyssey through the Pamirs of Tajikistan – and how the local shepherds helped him on his way. 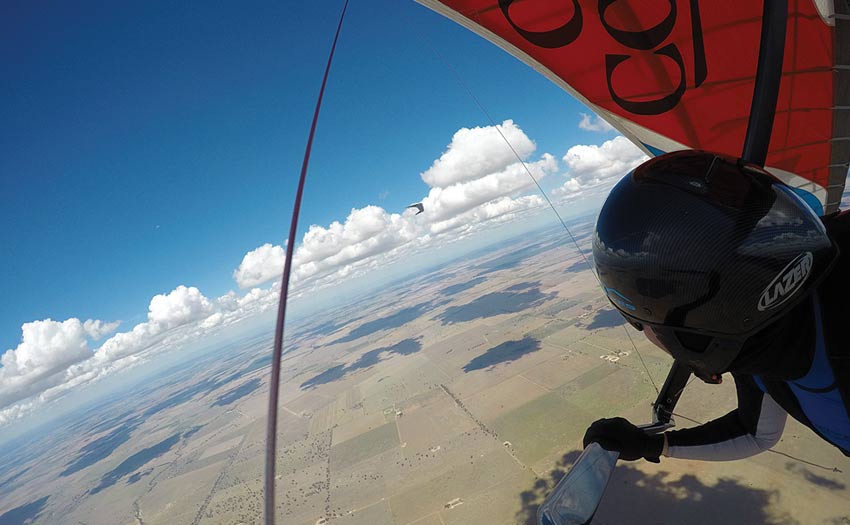 “Looking ahead, I could see the goal field. I couldn’t fly fast enough – and when I flew over the goal and heard my vario make the sound every pilot loves to hear, I had a rush of goosebumps like someone had poured cold water down my spine.” Ollie Chitty revisits the Forbes Flatlands Open, explaining how he won the longest competition task ever set. 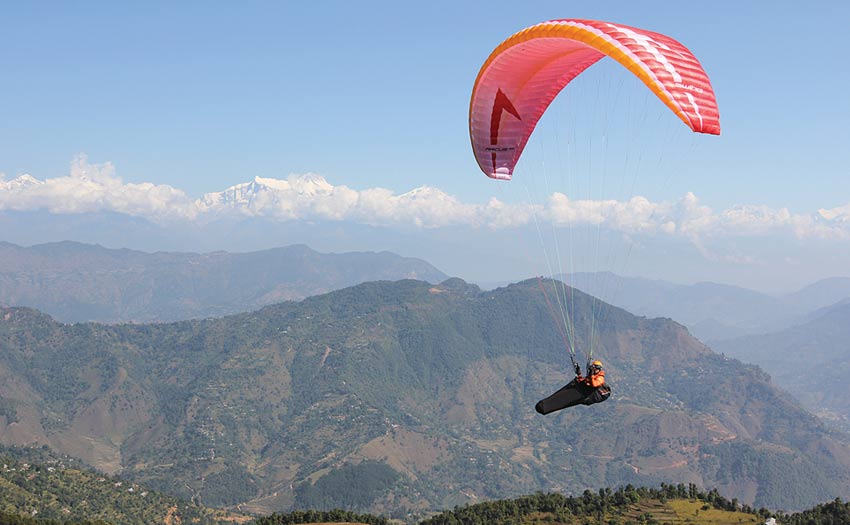 “Quite how much RAST contributes to the overall behaviour is something only the Swing test pilots can know. What’s important is that the final package is a well-rounded wing combining great comfort with good performance.” Swing’s EN-B Arcus RS Lite comes with the company’s RAST technology. Marcus King takes it flying and delivers his verdict. 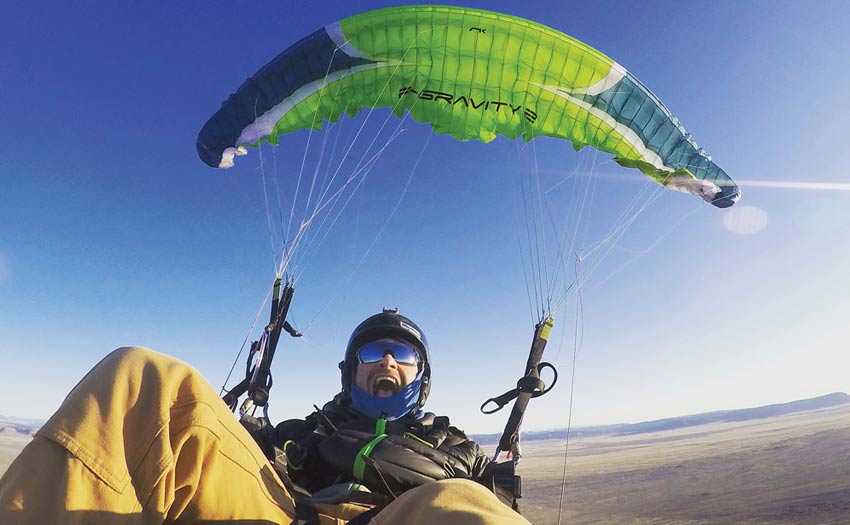 “There are two things that come up again and again that if we as pilots took seriously and religiously practised, more than 90% of serious incidents could be eliminated.” Mastering full stalls and wingovers are the key to stacking the odds of staying safe in every pilot’s favour, says Gavin McClurg. 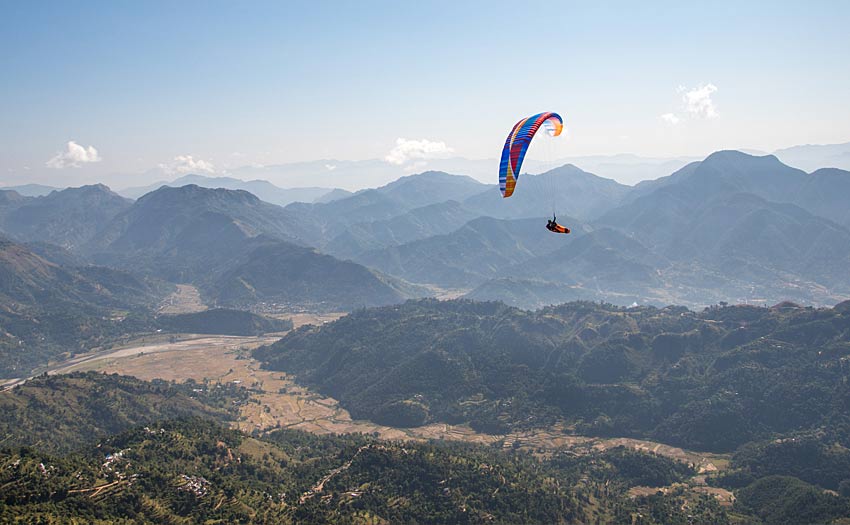 “Cruising the jungle ridges the air was often filled with the scent of wood smoke and the sound of Nepalese folk music. Everywhere we flew, we came across small temples nestled among the trees, their prayer flags fluttering in the breeze.” Marcus King and Ant Green experience first-hand the magic of flying at the Nepal Paragliding Open. 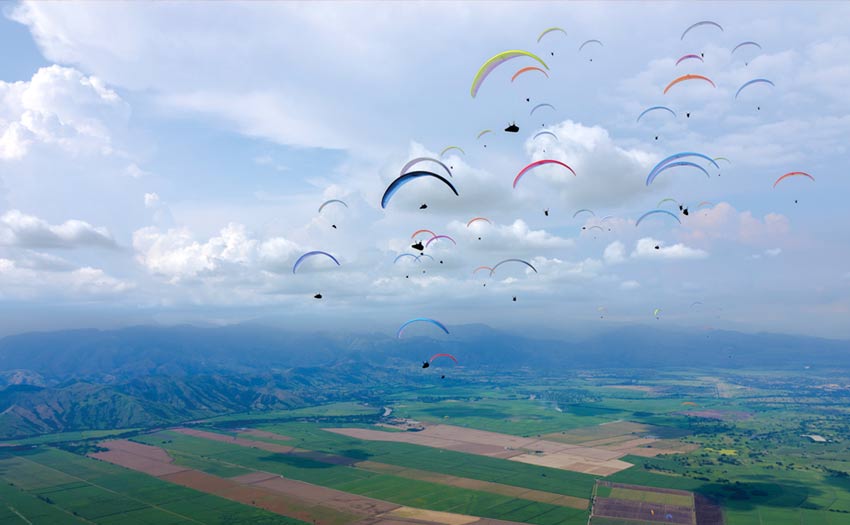 The PWCA celebrated its 25th birthday in Roldanillo, Colombia in January – and it’s looking younger than ever. We joined the party with some of the inspirational youngsters who are leading the charge in top-level competition flying. 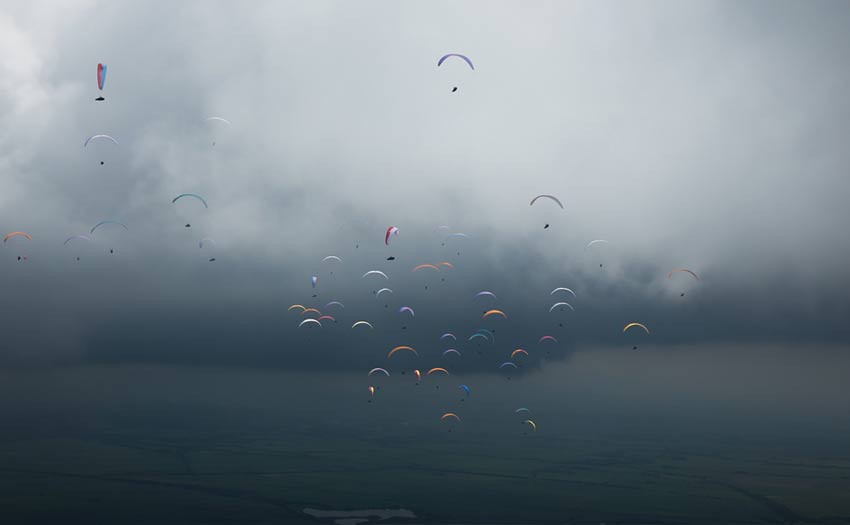 “Already Australia has experienced extreme heat, while the eastern seaboard of the US has suffered a severe cold spell… So far, 2018 seems to be picking up right where 2017 left off.” Professor Lindsay Beevers explains how extreme weather is becoming par for the course – and what we can expect from the year to come. 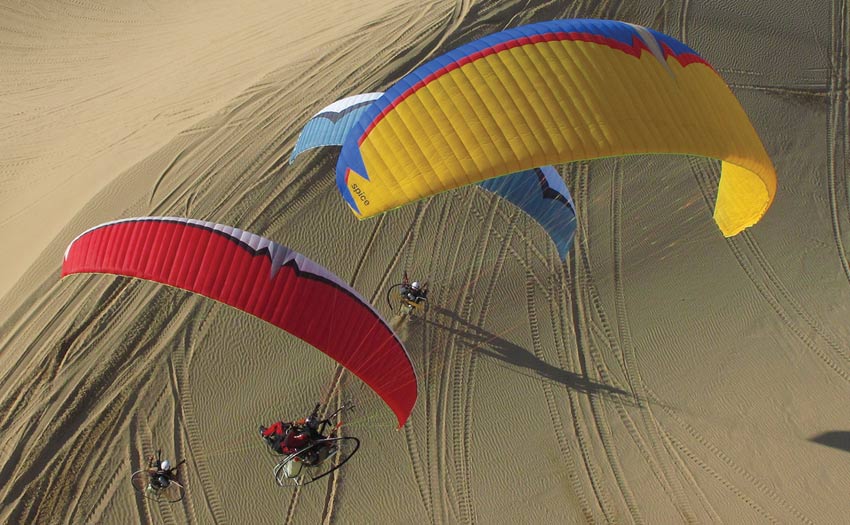 “Flying the dunes is pure magic. On calm days, you can foot-drag the sand ridges for miles. What’s more, the light-coloured sand stays cool enough to dampen thermal activity, allowing you to fly all day.” Jeff Hamann joins the motorheads as they gather for their annual bash at California’s Imperial Sand Dunes Recreation Area – and discovers the flying’s a total blast, too.

“The location and the look of this small cumulus cloud have a lot to do with the flow dynamics around an isolated, conical mountain.” Cross Country weather guru, Honza Rejmanek, reveals how a little cloud can tell a big story and why it pays to take a much closer look at the skies we’re flying in. 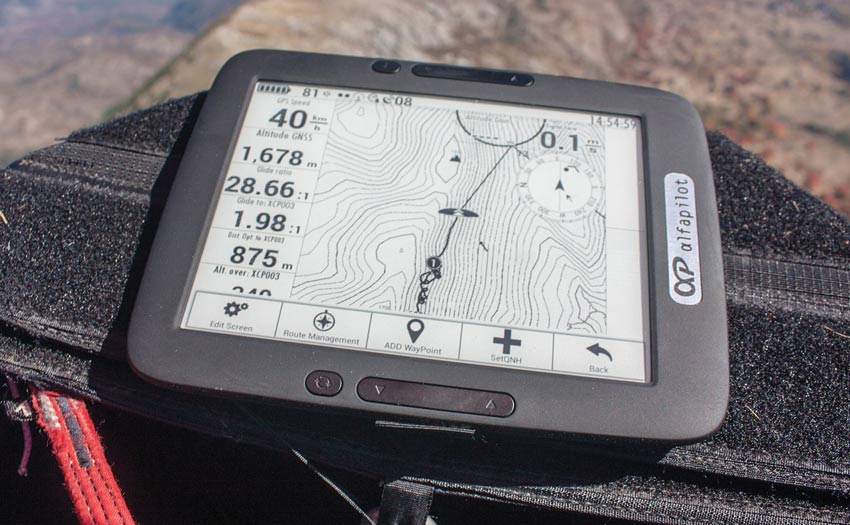 “It provides all the functionality competitors and XC hounds need. Yes, the level of functionality can lead to a big initial learning curve, but the different flight modes make it a bit easier to start using it straight out of the box.” The Alfapilot Xi+ claims to offer the benefits of a Kobo vario mash-up without the need for a soldering iron. But should you go DIY or off the shelf? Marcus King tries it out. 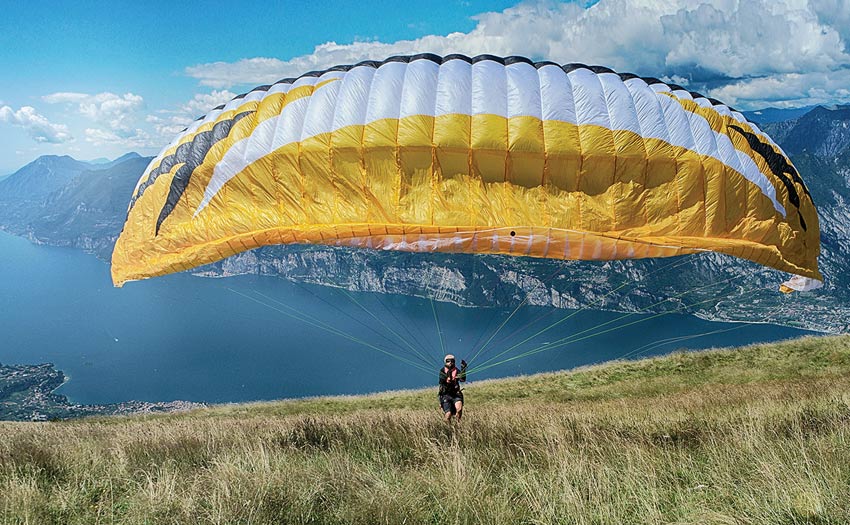 Is Swing’s RAST (Ram Air Section Technology) the next big thing or a bit of a red herring? We asked its designer, Michael Nesler, to explain what it’s all about. 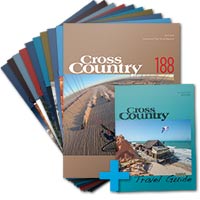