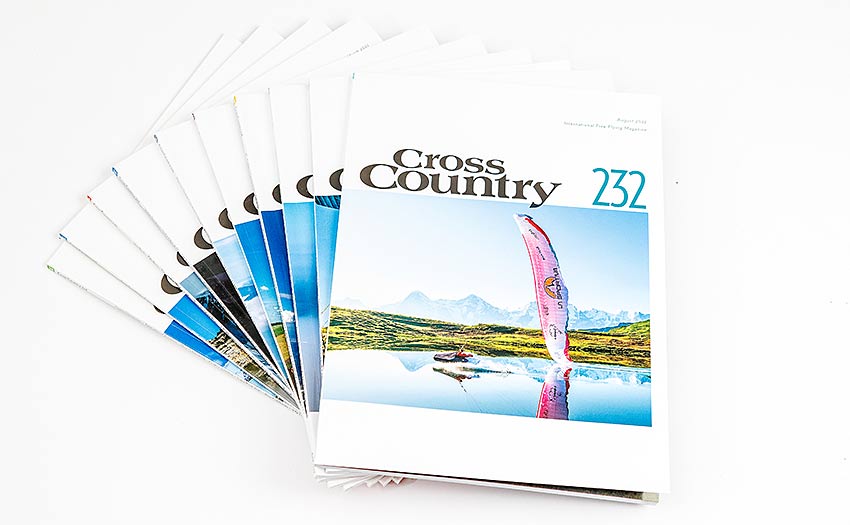 Micheal Maurer cools off in the heat in front of the Eiger, Mönch and Jungfrau as he executes a perfect tip-touch on a lake high in the Swiss Alps. Shot by Adi Geisegger, it’s the perfect opener to the August issue.

Here’s what’s in the magazine: 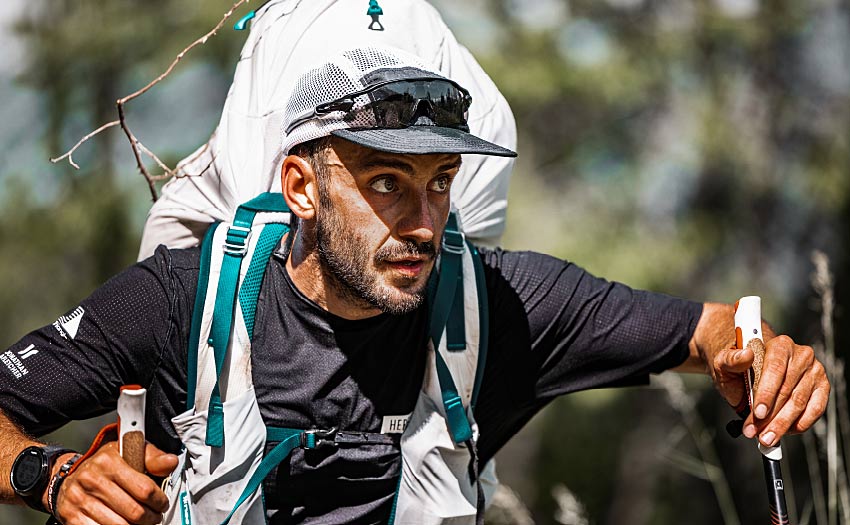 After a season that has (so far) included the Bornes to Fly and the X-Pyr, where he came fifth, Tim Alongi reveals how he first mastered acro before turning his sights on the hike-and-fly adventure-racing scene. 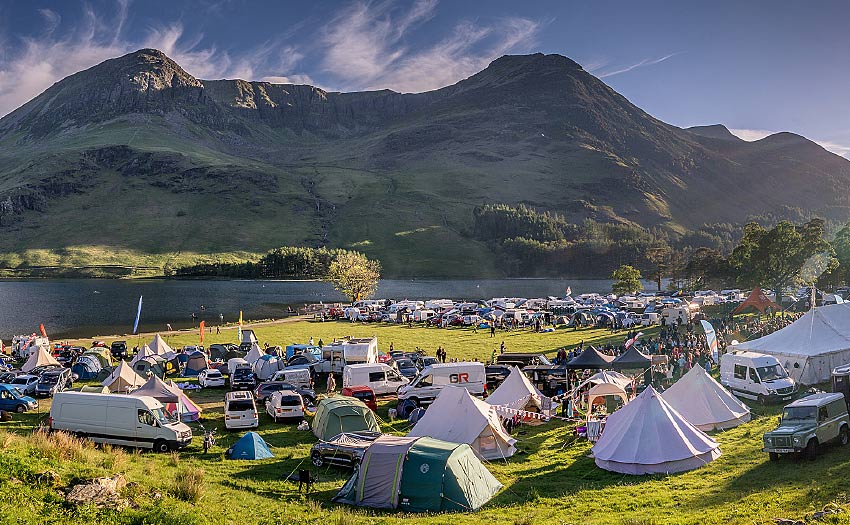 The Buttermere Bash, a unique and much-loved free-flight festival celebrated its 15th anniversary this year. Jack Sheard was there 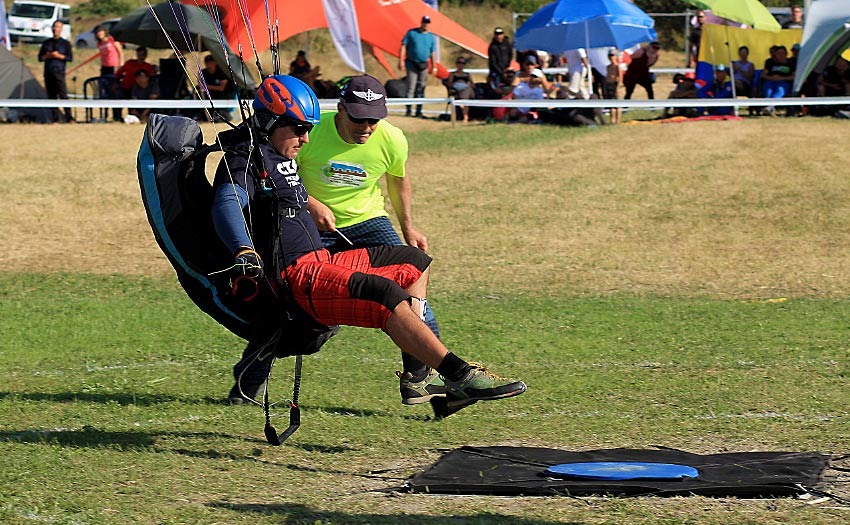 It’s not just to look super smooth on landing, you do it to produce a better “round out”, a “softer and slower landing touchdown.” Greg Hamerton explains how to perfect your swoop flare 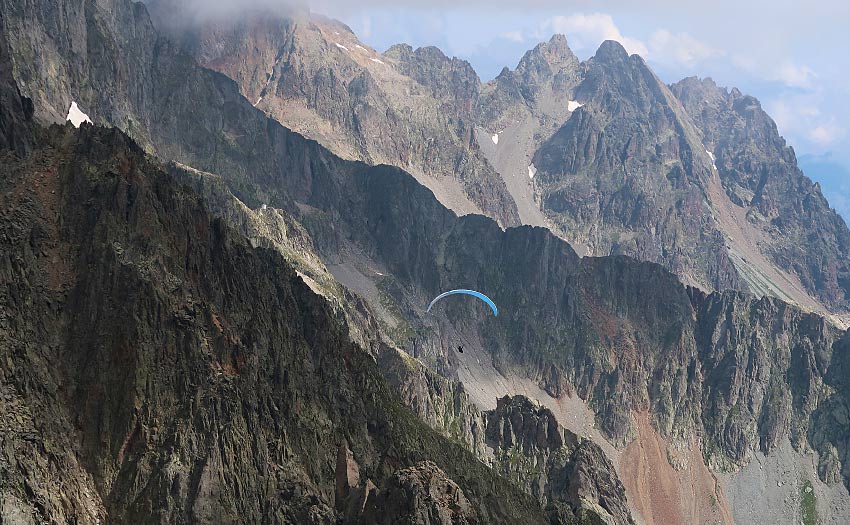 “We knew about the valley wind. We shouldn’t have been caught out.” And yet they were. Adrien Colombié shares what it was like to get hammered by an 80km/h valley wind – and explains why it happened and what you can learn. 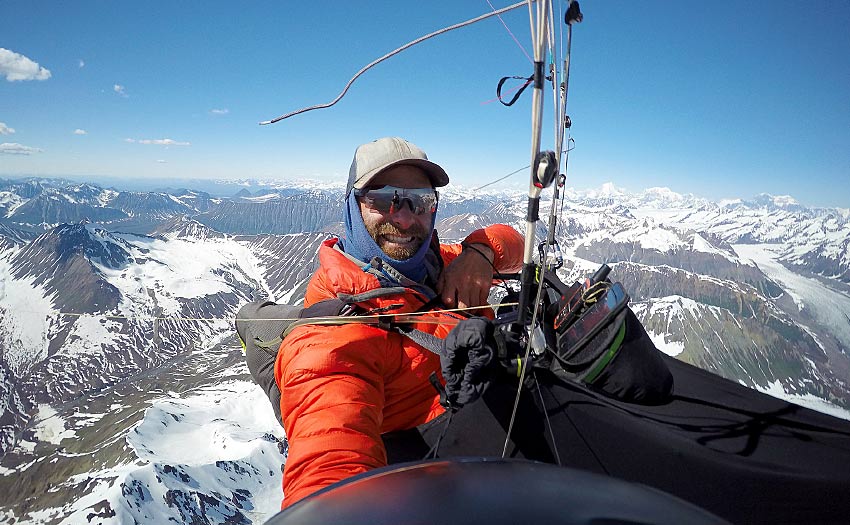 “Midsummer – the days seem to stretch on forever.” But don’t waste a minute! Gavin McClurg takes time out to reflect on how to get the most out of those long, long summer days. 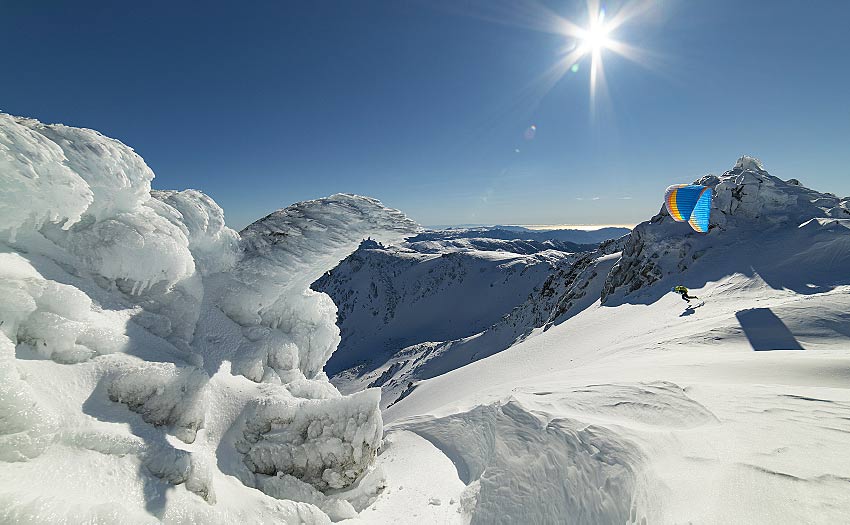 Ridge top acceleration – or ridge top compression – is something we all need to know about if we fly from hills or mountains. But did you know it changes depending on the season? Honza Rejmanek explains how to understand what the wind is doing on your local summit. 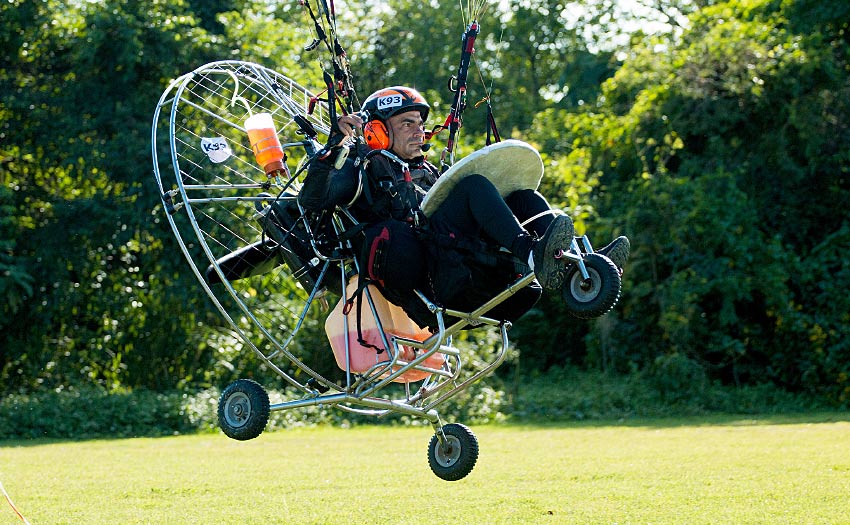 It’s easy to be tempted to fly overloaded when flying a paramotor trike, writes Jeff Goin. But there are good reasons why we shouldn’t. 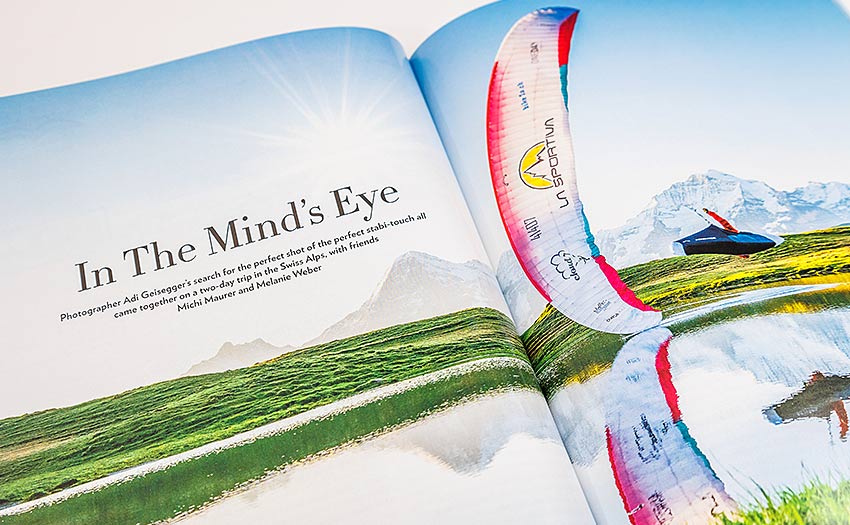 In his mind’s eye Adi Geisegger had the perfect shot, the magic moment – and he needed a perfect pilot to help him get it. He explains how he, Michael Maurer and Melanie Weber made it happen. 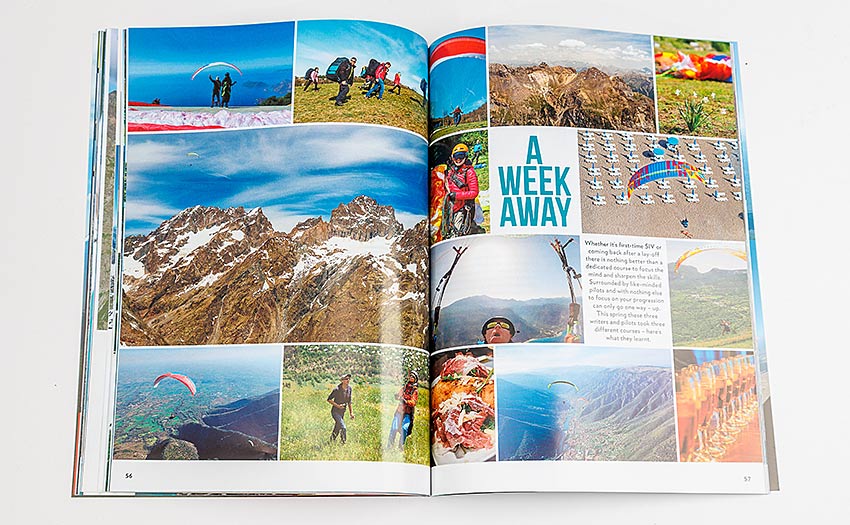 Whether it’s first-time SIV or coming back after a lay-off, there is nothing better than a dedicated course to focus the mind and sharpen the skills. Surrounded by like-minded pilots and with nothing else to focus on your progression can only go one way – up. We hear from three pilots who took three very different courses about what they learnt. 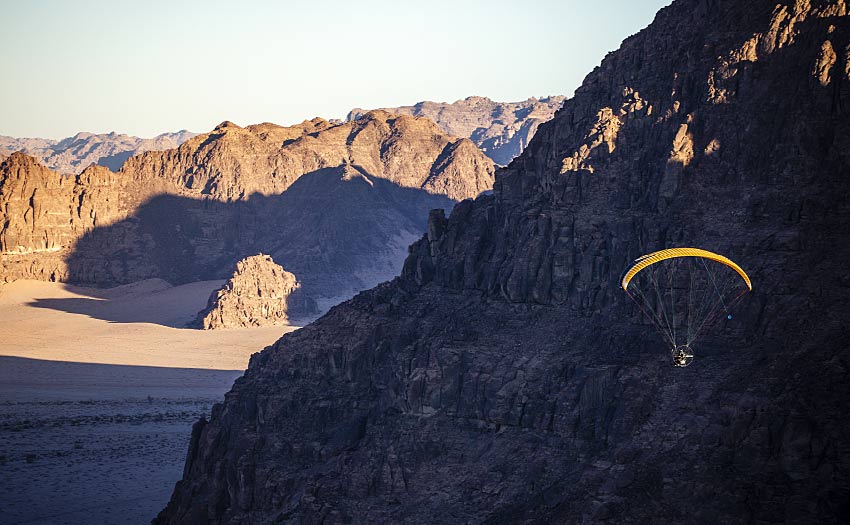 Film maker Bastian Brüsecke learned to fly because he wanted to get closer to the desert world he loves. He shares his story and the incredible images he made during his most recent trip to the Arabian Peninsula. 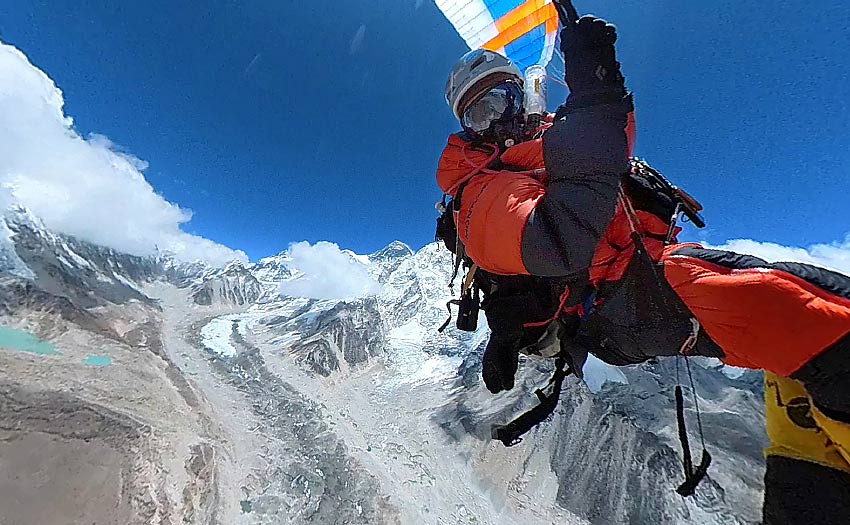 Pierre Carter has been slowly ticking off the seven summits for the last two decades. In May he faced an agonising decision – to climb to the summit or fly from 8,000. He tells Matt Warren what he did. 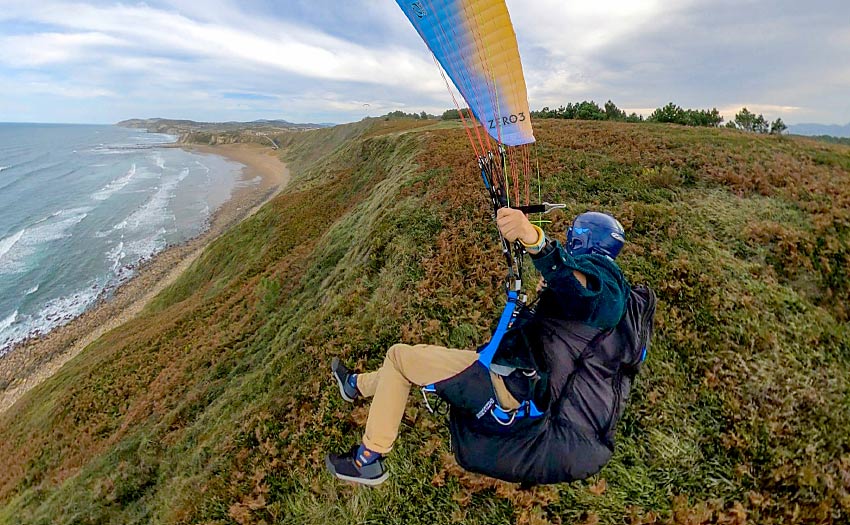 On review: Billed as a “versatile harness designed for speed flying, speed riding and hike-and-fly” Lawrie Noctor takes a look at Ozone’s modular harness, the Switch. 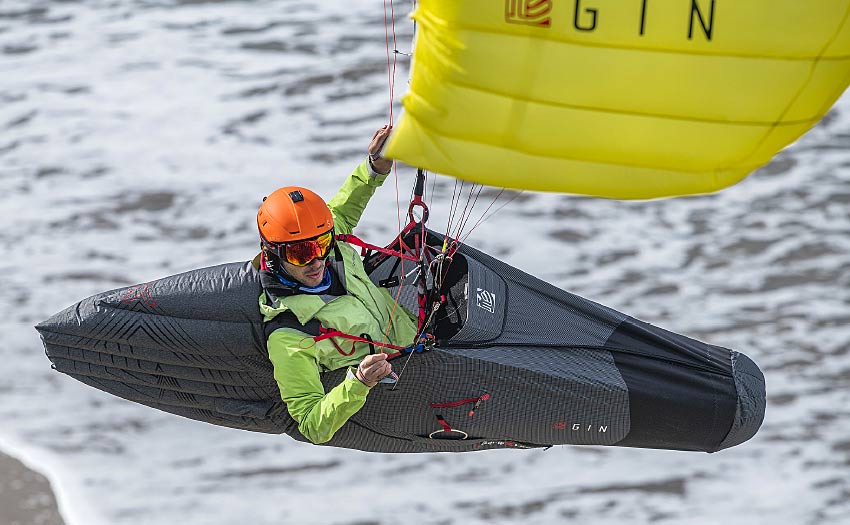