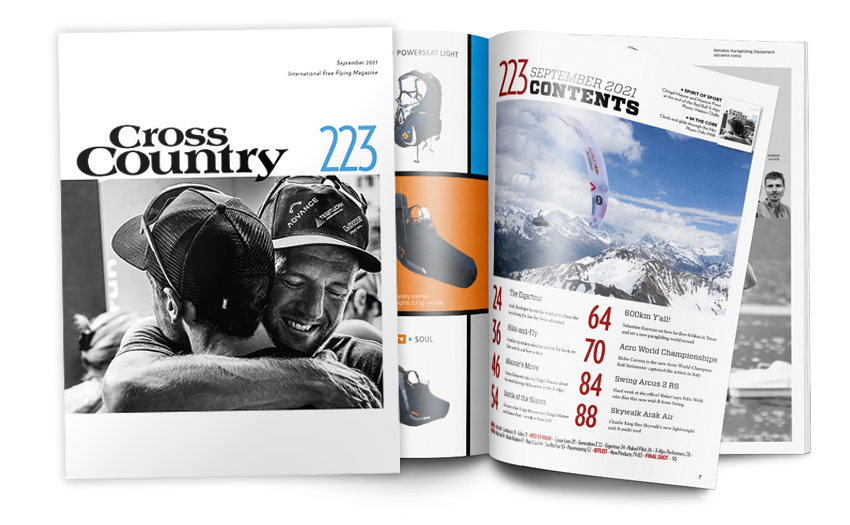 It has been one giant season in paragliding and somehow this one photo captures it all. Shot by Matteo Challe it shows Chrigel Maurer embracing Maxime Pinot at the end of the Red Bull X-Alps in July. There is sportsmanship in spades in our sports – and this image simply says it all. 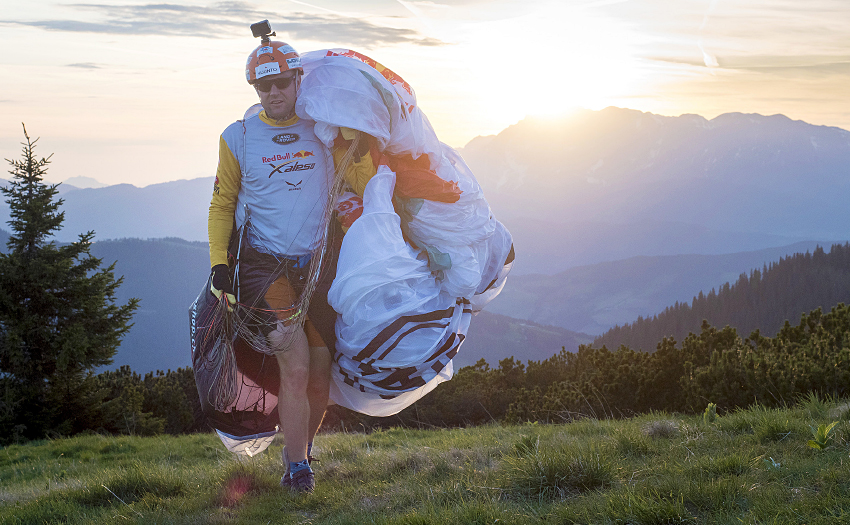 The X-Alps was such an epic race this year, closer than ever. And this issue we dive right into it. First up, Michel Ferrer was in Zell am See for the finish and was our man on the spot to interview Maurer. He gets the Eagle’s take on everything, from preparation to pay-off. “It is not easy to live such an adventure, such a fast and hard race.” 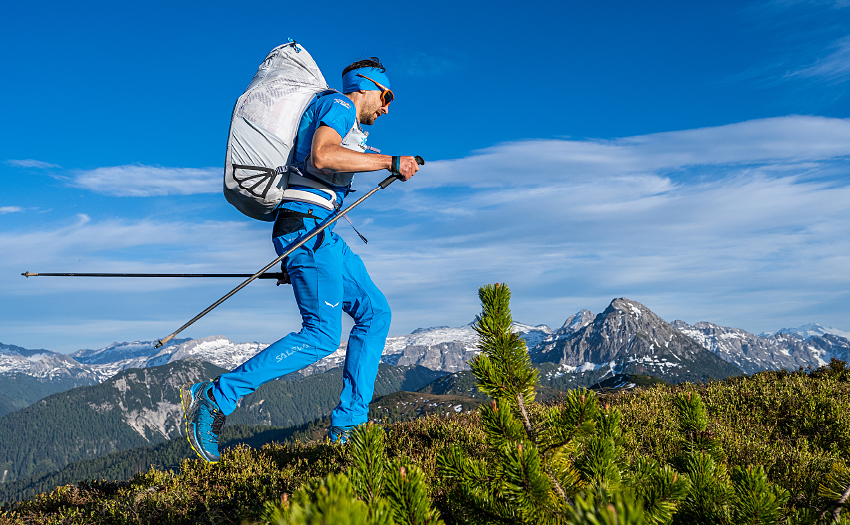 Michel also sat down with Maxime Pinot to find out what it was like racing so hard against Chrigel, only to see Maurer pull ahead by 150km in the final days. “Suddenly, your legs are cut off,” Pinot said. All the X-Alps pilots have incredible stories, but the battle between Maurer and Pinot was at another level. We break it down from first flight to final landing. 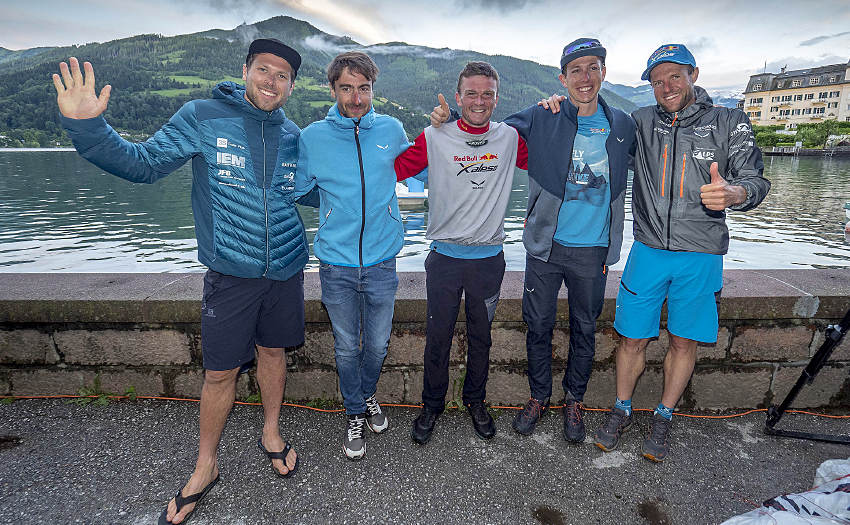 Still in the X-Alps, we asked statistician and X-Alps addict Martin Morlet to break down the performance of the Top 5 pilots over the whole race. He looked at each pilot’s average climb rate, the strength of the thermals they take, their time on glide, their average flying speed and ground speed. His verdict? Maurer is simply “just a bit better” all round. His insight is amazing. 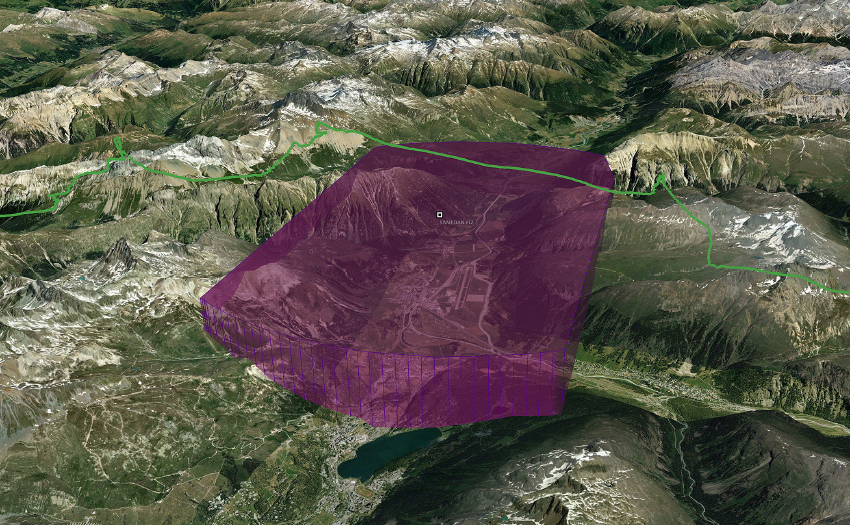 Still want more X-Alps? We tasked weather guru and US X-Alps veteran Honza Rejmanek to find out what, exactly, Chrigel Maurer saw in the weather that made him go north when everyone else went south on his big move. Honza rang Chrigel and talked to him pilot-to-pilot for an hour, getting into his head to understand just how he did it. If you were left stammering, “How, how…?!” on Day 8 then hey, we wrote this one for you. 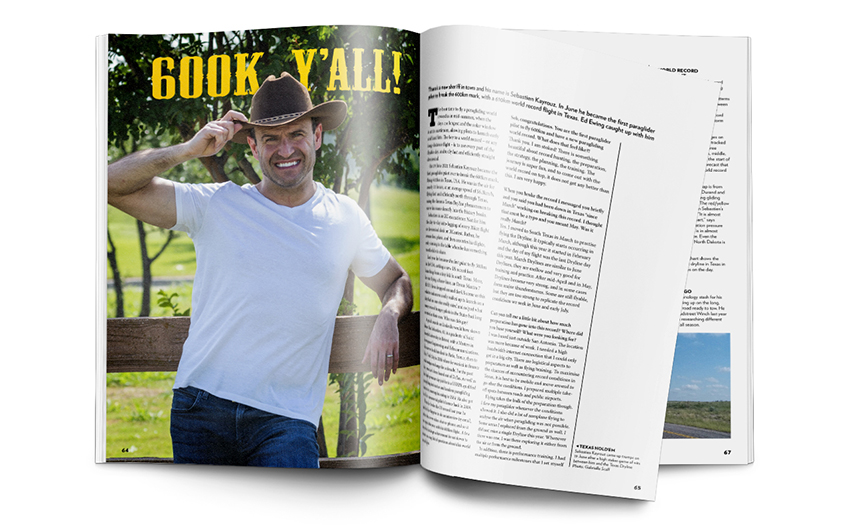 It’s not all about the X-Alps. There are world records, and then there are history books. On 19 July Sebastien Kayrouz carved his name into that history book with a world record 610km flight through Texas that was the first 600km paraglider flight ever. The story of how he did it is incredible and is told in-depth in a brilliant 4,000 word interview. No one else goes this deep into our sport – no one! 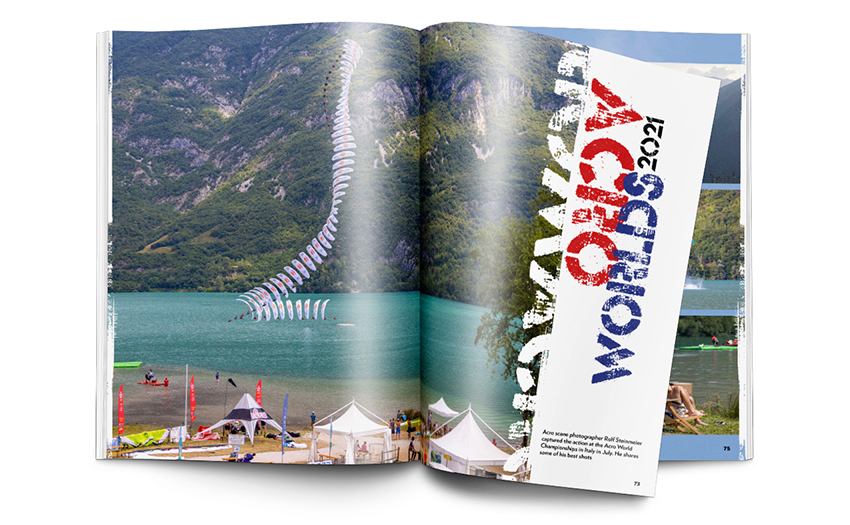 And relax! All we have to do now is watch these Acro guys and girls come tumbling down to land on the raft at the Acro Worlds in Italy. Acro scene photographer Rolf Steinmeier (aka RollingStone Photography) was there and shares his best shots with us. 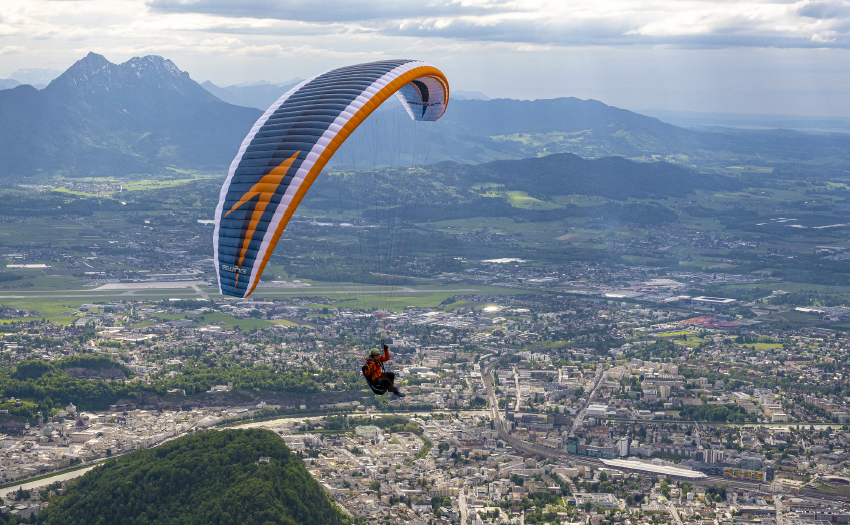 Reviews, we have a few. First up is the Swing Arcus 2 RS, the new mid-B from Swing. Felix Wölk checks it out for us in Austria and at home in Italy. 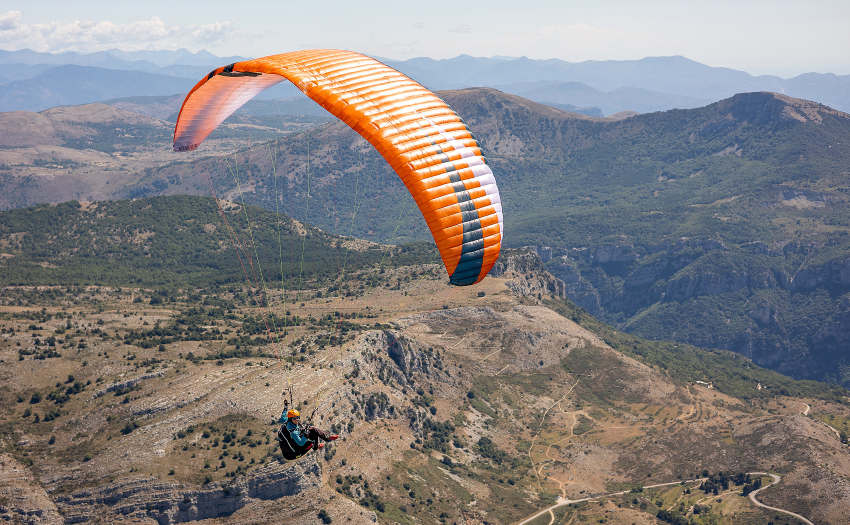 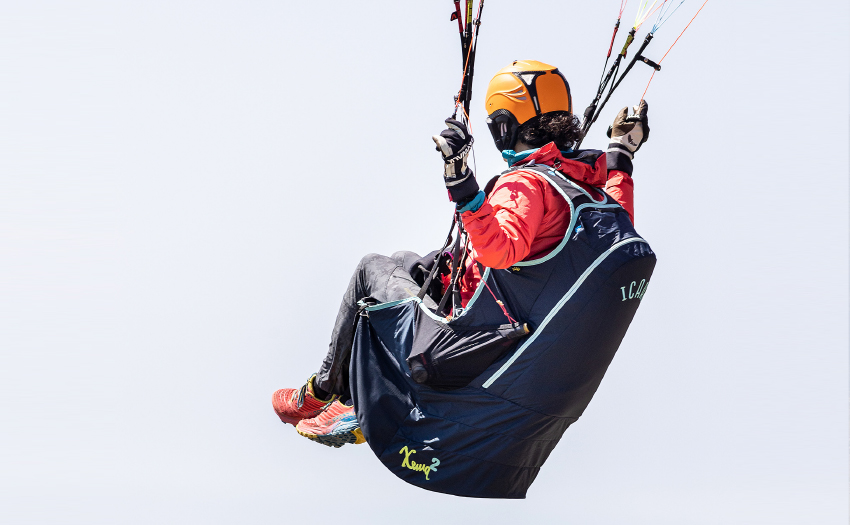 We also check out the new Xema2, an every-day reversible harness from Icaro. 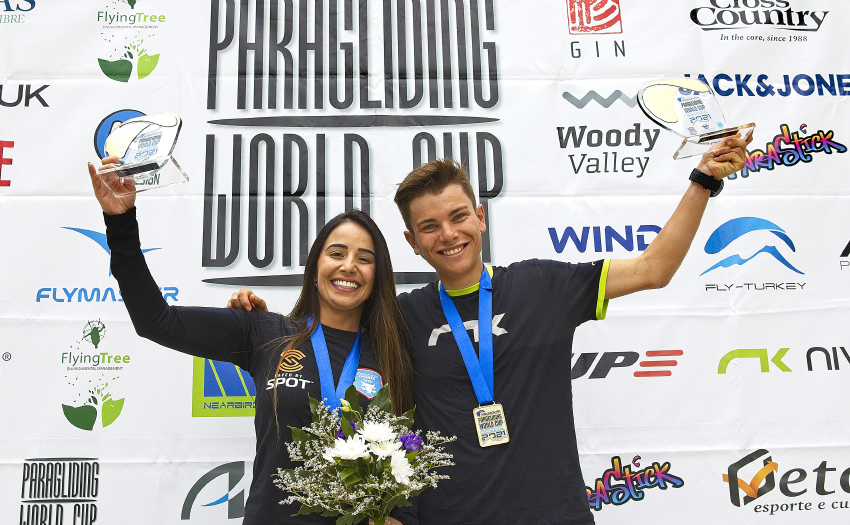 As if all that is not enough, we manage to squeeze in a whole lot more. Including taking a look at the Paragliding World Cup’s new Generation Z; sharing highlights from the Eiger Tour 2021; interviewing Spain’s new PPG slalom champion Parapente Moncho; and talking to Tanguy Renaud-Goud about his mind-boggling hike-and-fly record. 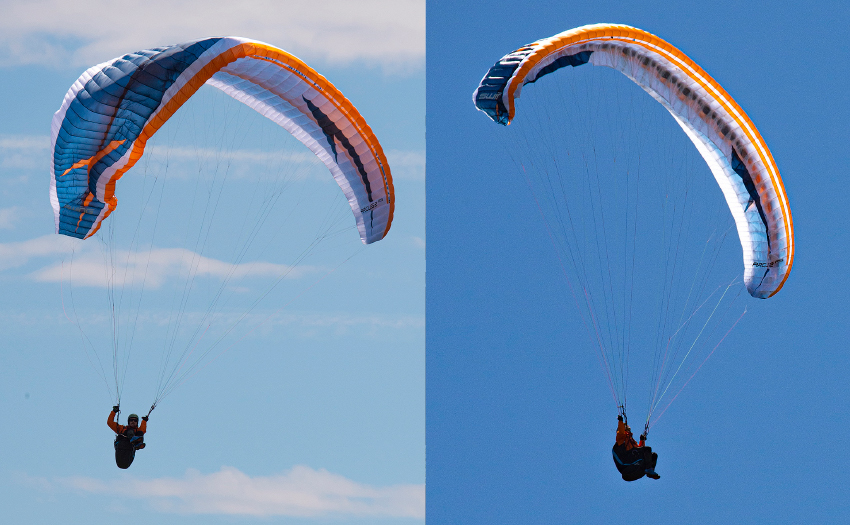 Plus, Malin Lobb gives us the lowdown on how to train SIV on our own (after the course, of course); former Women’s world champion Klaudia Bulgakow explains how to train for success; and Bene Bös encourages us to go vol-biv under power. 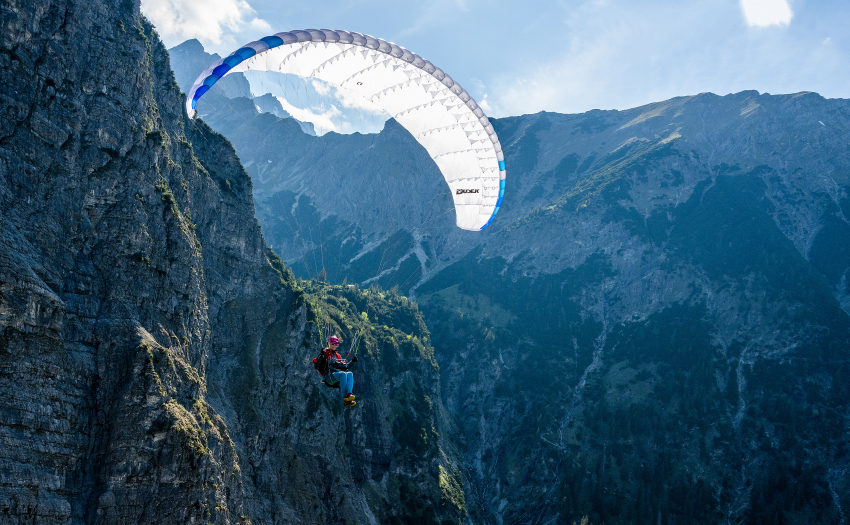 And finally, if all that action has whetted your appetite to get out into the hills for adventure but actually, you don’t really know where to start, then Aimilios Apostolopoulos from Greece has the answer. He’s just published The Beginner’s Guide to Hike-and-Fly and in this extract explains how to taking up hike-and-fly opened up his XC horizon even further. Time to breathe!