Théo de Blic has won the Acro World Tour 2021 after winning the Llogora Air Games in Albania on 11 September.

Théo won both the solo category, and with partner Horacio Llorens Fernandez, the Synchro category too.

With other rounds being cancelled due to Covid, this year’s tour comprised only two competitions: Acromax in Italy in July, and the Llogora Air Games.

Théo came second at Acromax behind Victor Carrera but his win in Albania put him in first place when the scores were combined.

It has been a busy year for Théo, with a lot of time and energy devoted to preparing for and competing in the Red Bull X-Alps earlier in the year. He wrote:

“After the X-Alps in June it was difficult to adjust to the Acro comps, finishing second in the first part of the Acro World Tour then fourth at the world championships. I was disappointed but I promised myself that I would not give up!”

He praised sponsors Nova for the Glitch acro wing: “When I entered the company in 2019 we did not have a competition Acro wing and we had to start from scratch. Everyone thought I was crazy but the Nova team has been the hardest working team I have ever seen. They gave it all, in a discipline they were completely new to!” 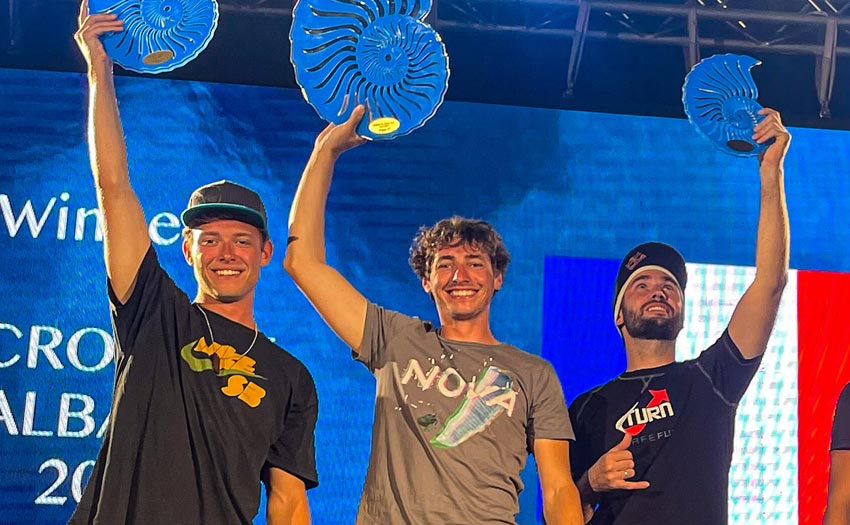 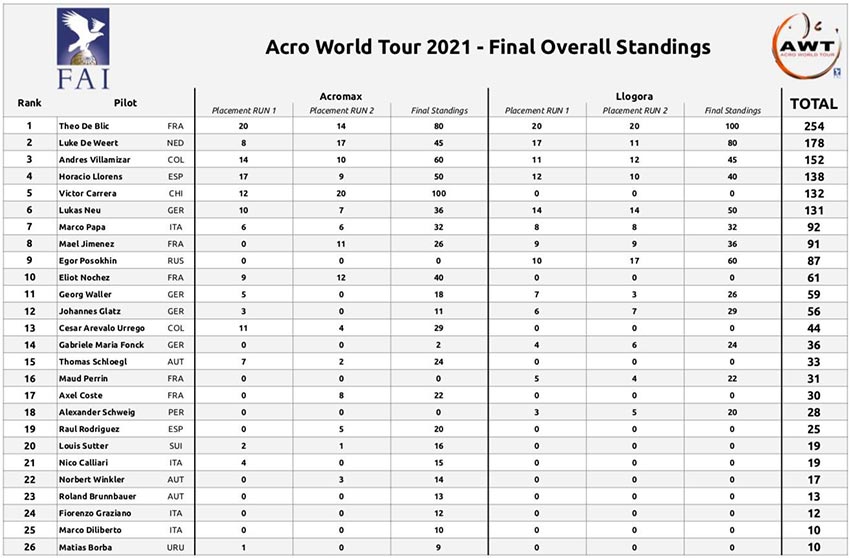