The updated XCTracer has a big new screen. Marcus King looks at what’s behind it

This new unit combines the famously reactive vario with a superb screen. Perfect for pairing with a map on a tablet.

The XCTracer was one of the first flight instruments to use gyroscopes and accelerometers to drive the vario algorithms, rather than relying on barometric pressure alone. Why? It makes the system more sensitive and gives a lag-free response.

Originally just a small black box with a single button and USB port, designer Koni Schafroth has since added solar charging and FLARM to the various iterations of the XCTracer. Pilots use them as a standalone audio vario, or hooked up to a smartphone to provide data to a flying app.

The Maxx marks a big change to this succession of little black boxes because it drops the solar charging and adds a screen. 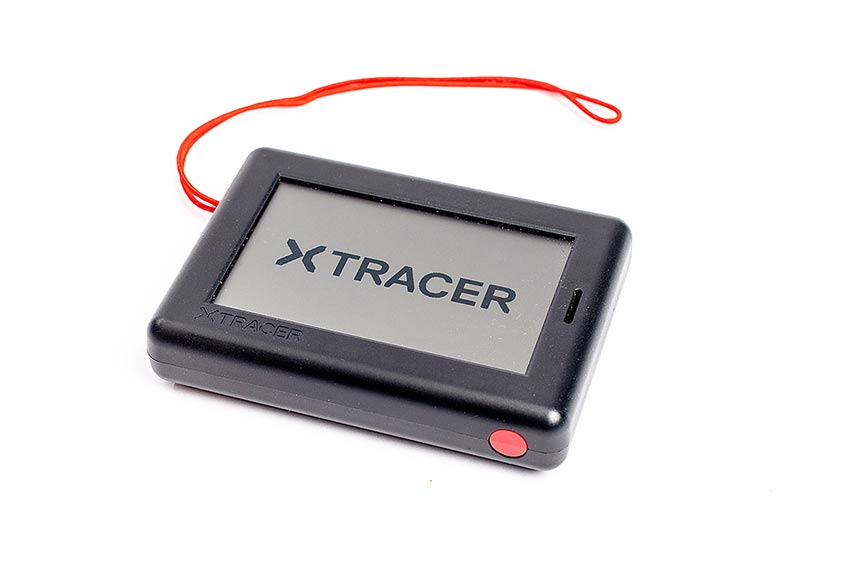 A single button is used to control the instrument. Photo: Marcus King

This is one of the clearest screens I have ever seen on an instrument. Simple black and white it’s not designed for mapping (you can hook up a tablet for that) but it does show basic information very clearly.

The fourth screen is the buddy screen: you can keep track of up to eight pilots in the air and see their height and climb rate. Other FLARM-equipped pilots show up as small black dots on the radar. More on buddies in a bit.

You can switch between screens by clicking the single button, but Koni has introduced an ingenious method. Simply tapping on your risers tells the instrument to change screens. It’s great and allows you to change screens without releasing a brake; I had very few accidental screen changes. It seems so simple but I am sure it took a lot of work to get the algorithms correct. 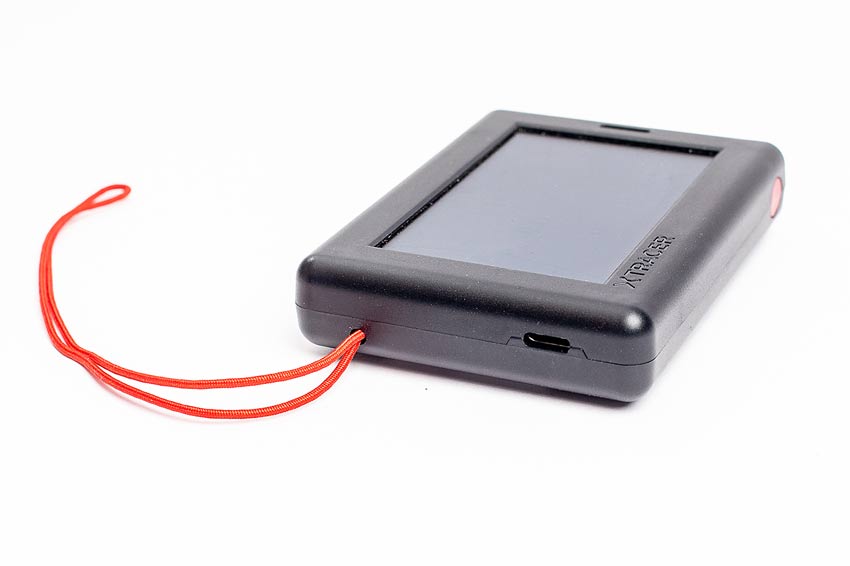 A single button is used to control the instrument. Photo: Marcus King

As with earlier XCTracers this one has just one button. Press and hold for on/off; single-press to change screens; double-click for volume.

Unlike older XCTracers which can only be configured by editing a text file on your computer, you can change settings on the screen. I thought this would be infuriating with just one button but the system of short and long pushes works well. Logical sub menus mean each list isn’t too long. You can still update it from your computer if you want, and indeed some settings can only be changed this way.

A USB-C port on the side is used for charging (a visible charging indicator would be a nice addition) and for data exchange. Battery life is “at least 60 hours”. I found it long lasting, and didn’t need to charge it day to day.

Plugged into your computer the unit acts as an external drive, so you can copy IGC or KLM log files and upload sound configurations and airspace; currently there is no waypoint functionality. Updating firmware just takes copying an update file to the machine then restarting it: simple.

Low Energy Bluetooth means it can communicate with phones and tablets running apps. I hooked mine up to my iPhone running FlySkyHy and everything worked – no big surprise as XCTracers are often used with this setup. It also works with XCTrack on Android and other apps.

The Maxx has the FLARM avoidance system fitted. The aerial is inside, which took “a lot” of figuring out, Koni said. Notably it is designed to use the correct radio frequencies for FLARM worldwide; many other types of units are only certified for European use.

The Maxx also differs from most other instruments in that it both transmits and receives FLARM data. Reception only works for instruments used for PG and HG, so you won’t see sailplanes. They can see you though, and avoid. The theory is they would just be noise to us, as they fly so much faster.

You will see signals from other FLARM devices such as Oudies and Skytraxx and in our tests this worked well. The bad news though is because these other units only receive FANET+ you won’t appear on their screens unless they use a data connection to get data from the Open Glider Network. Nearby pilots will show up as black dots on your screen but you will only be able to see lift and height data for the buddies you have set up.

You can create a buddy with a fellow pilot before launch. They are automatically given the name Buddyn (n being a number), although you can change this by editing the assigned name in the configuration file from your computer.

A great safety feature is the Maxx keeps track of the last known location of your buddies, whether flying or walking. A search screen gives you the coordinates for all your buddies, so you can report them if a friend goes missing. FLARM works over distances of over 30km so will still receive this data if your friend is out of sight. 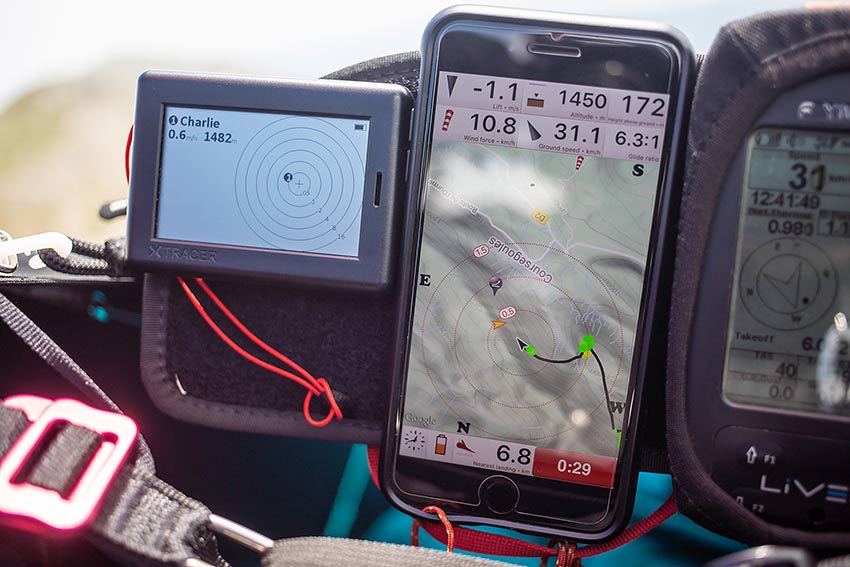 Low Energy Bluetooth (BLE) allows you to connect a smartphone or tablet, like this iPhone running FlySkyHy. The image shows the buddy page with pilot Charlie just ahead and to the left at a height of 1,482m and climbing at 0.6m/s. You can see the same pilot ahead on the ridge on the FlySkyHy screen as Flarm data is passed to connected apps. Photo: Marcus King

XCTracers have become a favourite with many pilots because of their responsiveness. The Maxx continues this with the same sensors inside. As with previous units you can customise the sound profile with their online tool, which creates the text you need to put in the configuration file. The default works well and gives you plenty of information in weaker climbs, and is not too excitable in strong lift.

At the time of writing Koni had just released new beta firmware with an airspace screen. This is quite simple and shows a horizontal and plan view of the airspace relative to you, but without ground features. Airspace files have to be manually downloaded from XContest’s airspace website and copied across via your computer; there is no automatic update.

Separating mapping to a different device seems a good way to go. It means you can get instant flight information with just a glance, and leave looking at the map for when you have more time.

Some may find the internal functionality a little restricted for an instrument at this price point, but others will love the clear and easy interface, especially when combined with the proven vario and FLARM functionality in such a lightweight compact package.