This sports class EN C wing is made for flying XC with confidence, says Malin Lobb

Niviuk has been a big player in the paragliding market for a long time. The Catalonian brand, founded by Dominique Cizeau in 2004, can often be found at Paragliding World Cup events, testing wings at the forefront of today’s design and technology.

This focus on development at the highest levels bleeds down to their more accessible gliders, ensuring their recreational and sports class gliders are always near or at the top of their category in terms of performance. This approach led to the making of the well-known Artik series, now in its fifth incarnation. I tested the Artik 5 24 between 90-95kg. 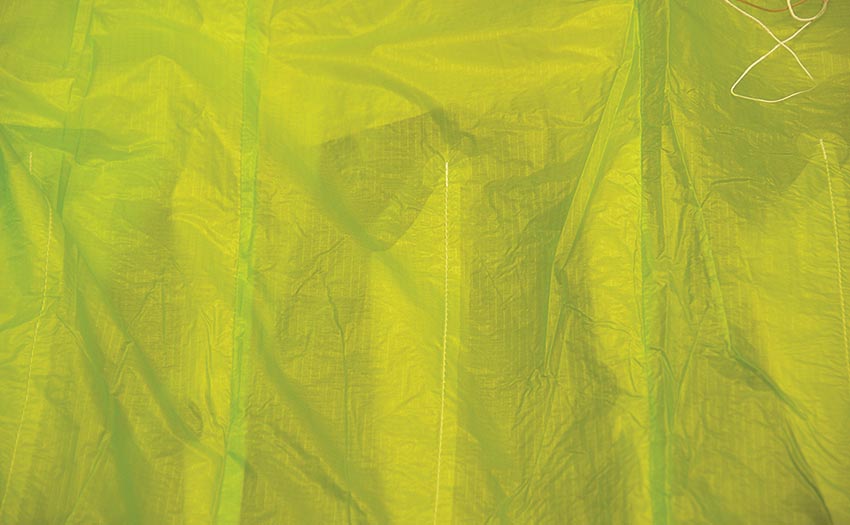 The Artik 5’s flat aspect ratio of 6.3 is slightly more than its main competitors, namely the Sigma 10 at 6.16 and the Delta 3 at 6.0, but due to its solid nature and filtered feedback it certainly flies like a lower-aspect wing, staying compact in the rough stuff.

The cloth choice Niviuk used is 38g Porcher fabric for the top and 32g Porcher fabric for the lower surface and internal structure, yet the glider is light in its class. The 24 that I flew weighs 4.7kg, or 4.45kg in the “extra light” version. The cloth choice should make for a more durable glider than its competitors. Niviuk say the low weight is due to the new internal structure: “New technology in the diagonals that allow less weight and better tension distribution.”

It is interesting to compare the weight with the other EN-C gliders in the market. You will see that other manufacturers use lighter fabric and they still weigh more than the Artik 5. If you compare the Artik 5 with the Artik 4 P you will also see that it just weighs 250g more (with the light risers configuration). Impressive stuff. 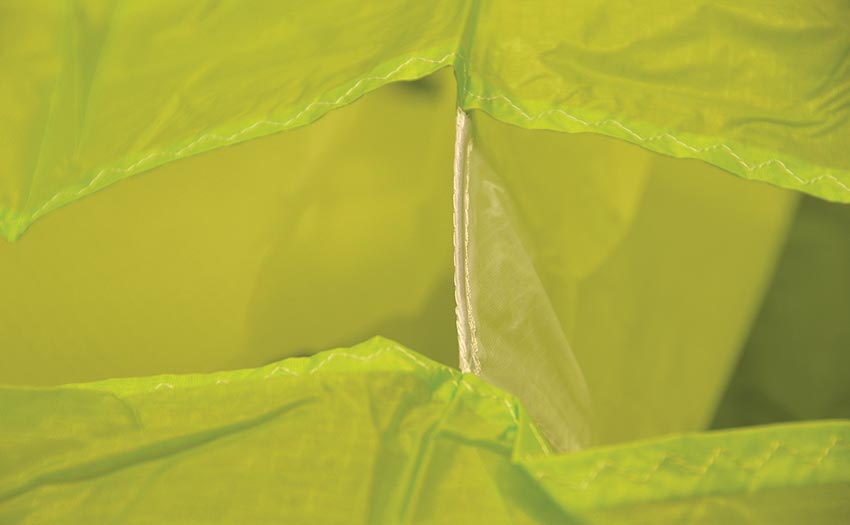 On initial inspection the first thing that jumped out at me was the small packing volume of the Nitinol rods. Nitinol is nickel-titanium and I first encountered it on Niviuk’s competition class Icepeak 8. Seeing it again reminded me how much I liked this technology.

Despite the higher cost involved, Niviuk use Nitinol on a whole range of gliders including their EN-B, the Ikuma, and even their single-skin mountain wing. Niviuk say: “The addition of Nitinol rods in the profile has the immediate result of substantially reducing the overall weight of the wing by about 13%.

In my opinion it is a shame that other manufacturers don’t follow suit, giving the consumer inferior nylon simply to save on production costs. 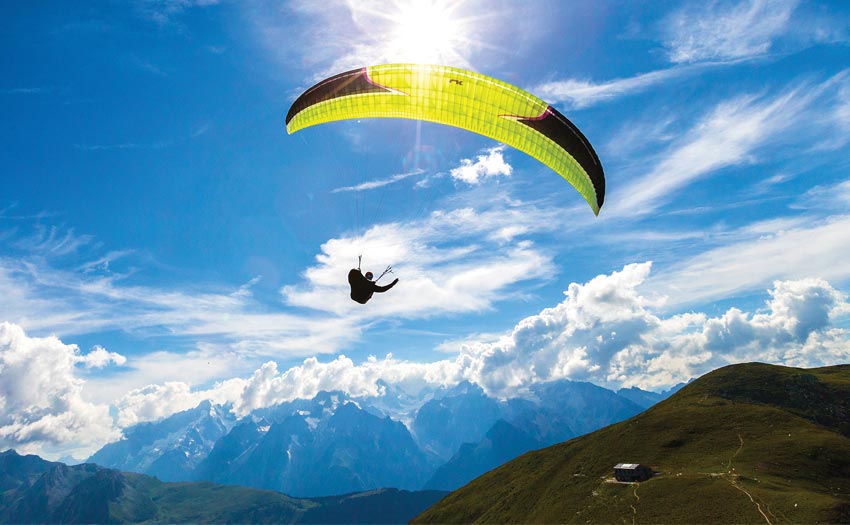 “I’m not sure you could ask for more in a sports class glider.” The ease of usability combined with top performance and easy strong-wind launch characteristics is impressive. Photo: Niviuk

The launch took me by surprise. Poised and ready to catch an aggressive inflation from this racing thoroughbred, the glider came up quite slowly considering the amount of wind, and needed very little management. The fact that it is easy to launch in stronger wings is a great characteristic if you are moving up a class.

In lighter wind it takes more effort and hangs back a bit. In these light conditions I would take all of the As and not just the centre-As to launch, but this is a worthy trade off for its good strong-wind characteristics. 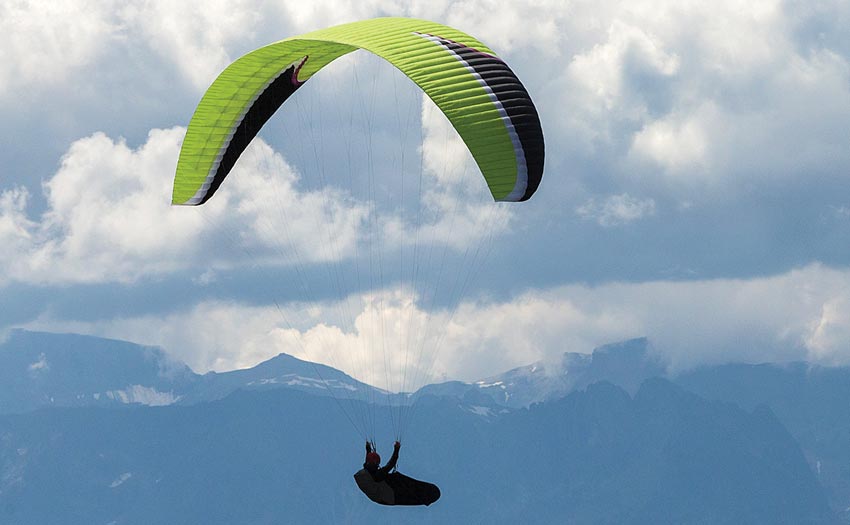 The Artik 5 has an aspect ratio of 6.3, which is slightly racier than rivals like the Delta 3 or Sigma 10, But it has a solid nature and filtered feedback, making it feel compact in the rough stuff. Photo: Niviuk

The glider’s pitch stability really impressed me, biting into lift, converting energy in turbulent air into lift really efficiently. This is a strong point for the Artik 5; it’s a characteristic I am used to on comp wings but it was nice to see this witchcraft bleed down to the C category.

For overall performance of a wing I cannot stress enough the importance of this characteristic: whether on a long glide or thermalling efficiently converting every bump into lift is going to keep you floating above your fellow flying friends. 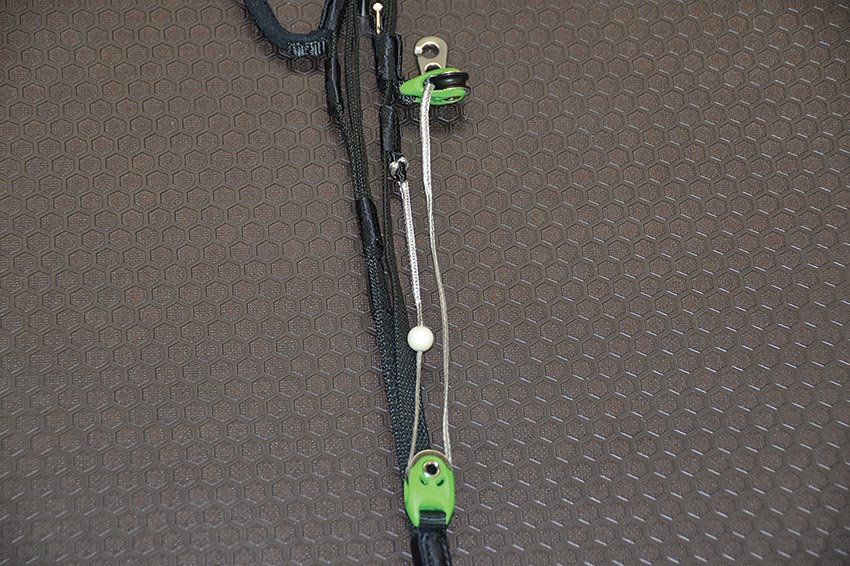 The overall feel in the air is very comfortable. It may be too dampened for some pilots but I think for the majority of the target market, those who want to extend their hours in the air and fly long XCs it is a good thing to not have all your bandwidth sucked up by a nervous glider.

This dampened feel was present in roll as well: flattening the turns led to efficiency in light lift but in punchy strong cores it took a little more brake and weightshift than I would have liked.

The brakes felt soft at the start getting harder relatively quickly, with a slight forgiveness at the first part of the brake range. They give enough feedback and have low enough pressure that they are not going to tire you out on a long flight.

The C-handles are not connected to the Bs so are light in pressure to use, but bend the profile leading to inefficiency, although they do give a good feel for the wing on bar which is the main thing. I’m not much of a fan of the D-shape fabric handles, I much prefer a solid tee-bar but you don’t often see them in this level of glider probably due to them tangling with your lines on launch. This is of course as much a personal preference as it is a usability issue. 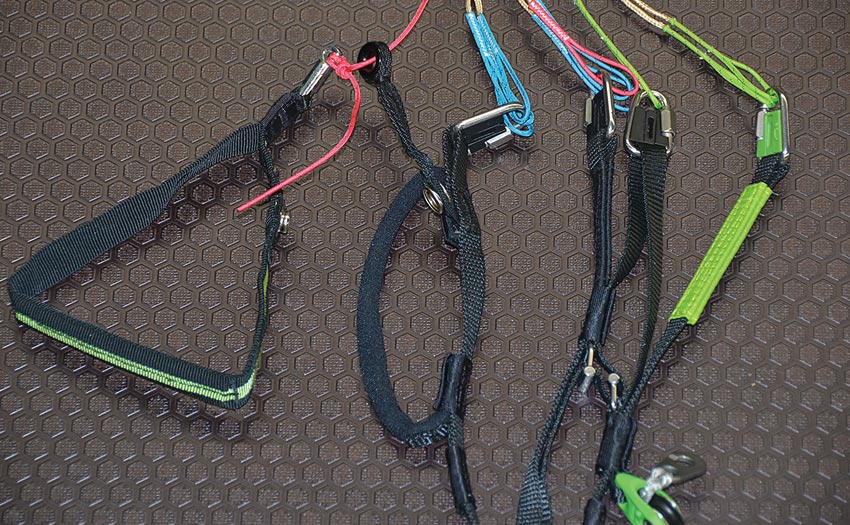 I found in the Artik 5 a glider that is more durable, but lighter than its competitors, in the mid- to low range in terms of ease of use, but right at the top in terms of performance, with easy strong-wind launch characteristics. I’m not sure you could ask for much more from a sports class glider.

I was really impressed at how much performance is now available with such usability and comfort. I wish I could have had some more time on it as the weather didn’t allow me to attempt any long XC.

And that’s the thing really: my parting thought was that this is the type of confidence-inspiring wing that makes you want to take it on a six- or seven-hour flight; it made me want to fly it more, for longer.

Malin Lobb teaches SIV and cross-country flying with Flyeo in Annecy, France and is a regular on the Paragliding World Cup circuit. He flew the Artik 5 for six hours on XC and SIV in Annecy