Mac Para have a growing reputation for paramotor wings, especially in the United States where they must now be one of the biggest brands in the sport.

It wasn’t the States I headed to though – on a recent trip to the southwest of the UK to visit Parajet (XC193) I took along Mac Para’s latest powered paragliding wing, the Colorado.

Mac Para say they have designed this wing to be safe, stable and easy to fly, but with enough performance to keep adventurous and demanding pilots happy. It’s a reflex design so sits above the paragliding-based models in terms of speed. 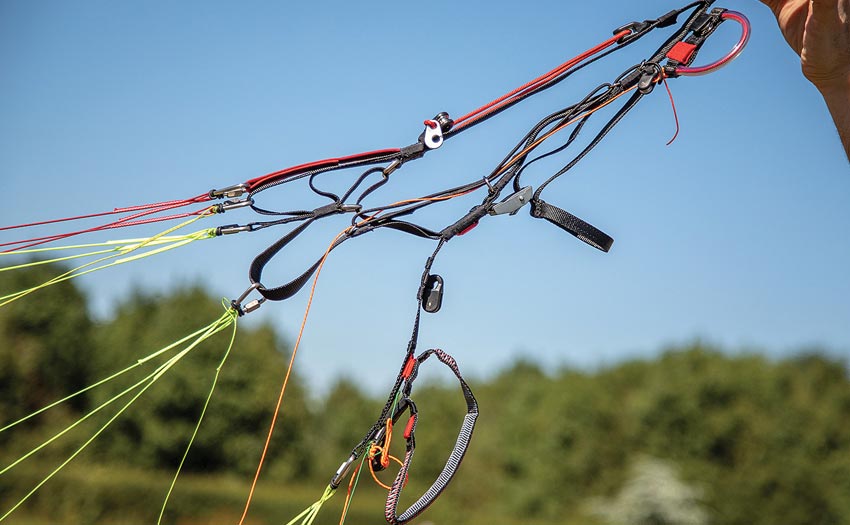 Unfolding the wing the risers are equipped with all the technology you would expect from this class of wing. The review wing I flew was equipped with the optional 2D-steering: this has an extra line that goes to the tip cascade, allowing you to control where the braking is applied.

Brake handles are held in place by magnets making them easy to stow when cruising. There are also tip-steering toggles, which can be locked in place with a popper. However, there are also magnets for when you want to stow them away quickly. The positioning of the controls can be moved to allow for high or low hangpoints.

As expected the risers are equipped with trimmers as well as speedbar pulleys. The trimmers have a nice large tape loop, making them easy to pull in the air. Designer Petr Recek explained, “The Colorado features new risers where the angle of attack is changed when operating with trimmers. This allows a wide range between minimum and maximum speed.” 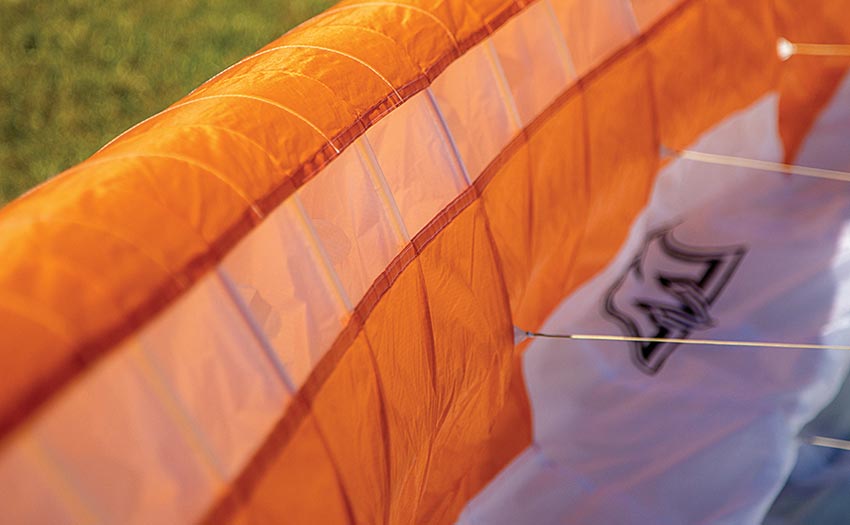 There is no sharknose, a deliberate design feature

The wing itself is made from Porcher Skytex 38 so should stand up well to the rough and tumble of paramotoring. Unusually, the wing doesn’t feature a sharknose design. Petr said they had made prototypes with and without a sharknose and found very little discernable difference in performance.

He added, “With our experience of how powered pilots care for their gliders, I decided to use a design where the ribs and rods are not so sensitive to bending. When we use a sharknose we normally use thinner and harder rods to save weight, and these can lose performance when not properly folded.” 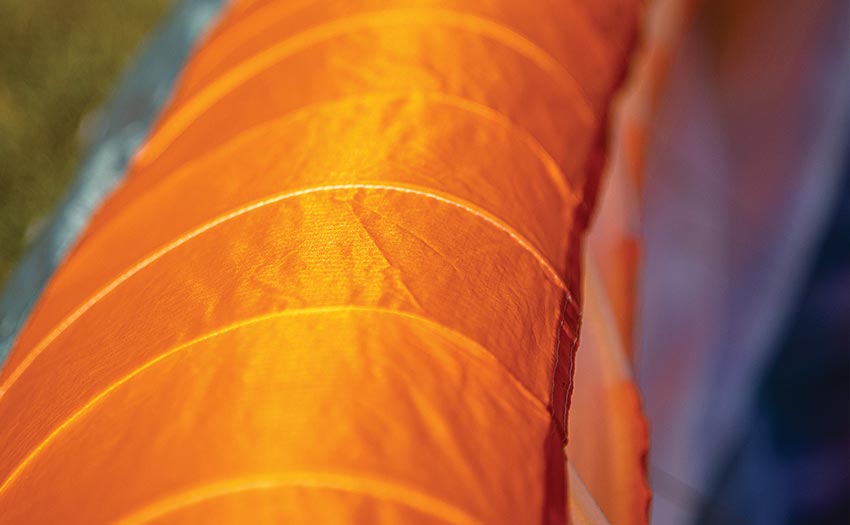 There are rigifoils between the cell walls on the top of the leading edge, to create a smoother surface, which should improve performance especially in accelerated flight. The trailing edge also has mini-ribs to smooth out this important part of the profile.

The line-layout uses a four-riser setup. The lower lines are sheathed but the upper lines are unsheathed. This is often seen on paraglider wings but is not used so often on paramotor wings. The aim is to reduce drag; and as the upper lines lie on the wing when on the ground they shouldn’t cause tangling issues. They do, however, need a bit more attention when laying out the wing. 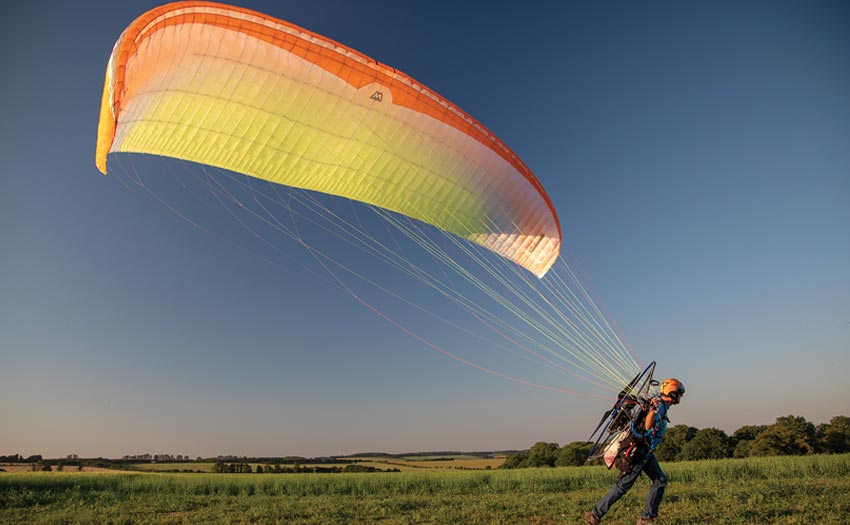 Taking off in a light wind was simple, with the glider rising easily overhead. The glider had no tendency to overshoot – power on, just a dab of brake and away. Photo: Ed Ewing

We arrived at the flying site to find a light wind blowing, dropping off as we got ready to take off. With a short runway and hardly any wind by the time I was all clipped in, I opted for a forward launch.

On running forward the wing rose easily overhead and took the slightest of dabs on the brakes. There was no tendency to overshoot. The wing generates a good amount of lift and with the Parajet Maverick Moster 185 I was using it only took a few steps to get in the air. The next day I was able to play with the wing’s ability in stronger winds and am happy to report it was just as easy to launch this way.

In the air the Colorado feels very secure and reassuring, but at the same time it has good agility. Reflex wings can suffer from oscillations when under power, but the Colorado is rock solid with no unwanted roll. I spent a lot of my time in the air flying hands-off taking photos, using the throttle and weightshift to control it. 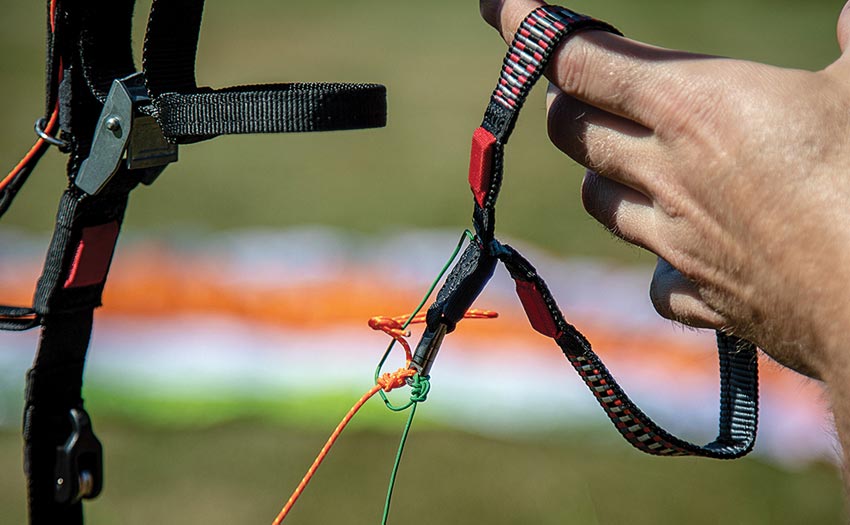 Exploring the playful side of this wing was great fun. It’s really nice and agile without feeling like it’s going to bite you. Everything is very smooth. I’m no pylon racer but was quickly hooning about pulling tight turns around the flags in the field and playing at foot-dragging the crop in the field around the cleared take-off area. It all felt predictable and easy to control. There is plenty of energy in the wing, so of course you will have to balance your throttle inputs with carved turns to control ballooning.

Heading off cross-country the trimmers are easy to use; the big loop on them makes them particularly easy to pull on. I stowed the brakes on the magnetic keepers and switched to the tip-steering handles. These are big enough and have a vinyl tube covering them, making them comfortable in the hand. They are nice and effective but I found the position a bit low and it took some getting used to. Having your hands low does have the huge advantage that they are closer to your heart though, meaning you get better blood flow so they won’t get so cold; I am sure Petr had this in mind when designing the control layout.

Even with the trimmers fully out the wing still seemed pretty efficient sink wise. With the Moster I was still able to climb easily and felt like I wasn’t using much throttle to maintain level flight. This is great for fuel performance, not to mention noise levels.

At full speed the wing is solid and reassuring with great pitch and roll stability. In fact there was very little movement of the wing at all – it feels like it’s on rails. 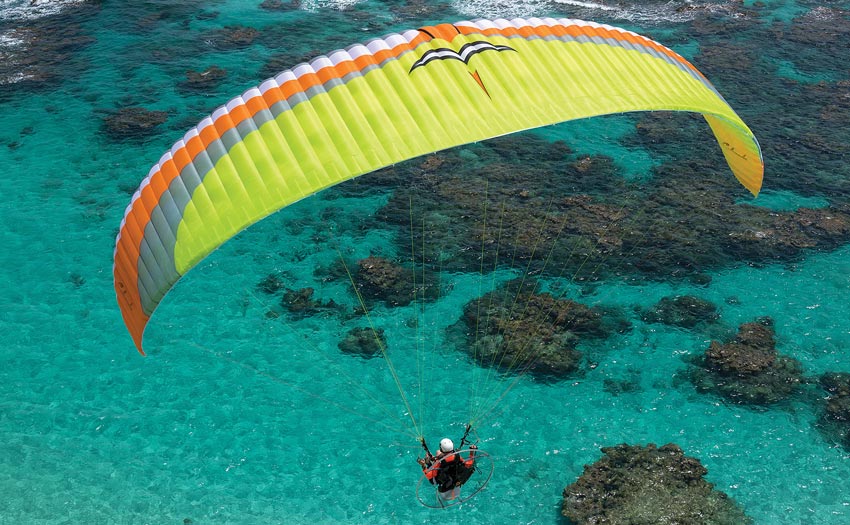 In the air the wing is secure and reassuring. Reflex wings can suffer from oscillations when under power, but the Colorado is rock solid with no unwanted roll. Photo: Jeff Hamann

Before my third flight a fellow pilot had landed after a quick flight saying they didn’t feel comfortable in the air. I climbed out to find a strong wind blowing up higher. Despite the strong wind and although it was slow-going heading upwind the Colorado behaved impeccably.

I played with a few wingovers and spirals, but being on a borrowed machine I didn’t push too hard. The wing had a nice amount of energy, allowing lovely carved wingovers with no big surprises. Exit from the spiral was easy enough, coming off weightshift and brake momentarily before reapplying brake to bleed the energy.

On my first flight, the small landing area and nil wind had made me slightly apprehensive as I made my final approach. I needn’t have worried as the glider carries a good level of energy. Coming in fast I was able to use this to give the perfect amount of lift to drop me gently onto my feet. Coming in with a headwind made things super easy. Great behaviour for when you are landing with a heavy motor on rough ground. 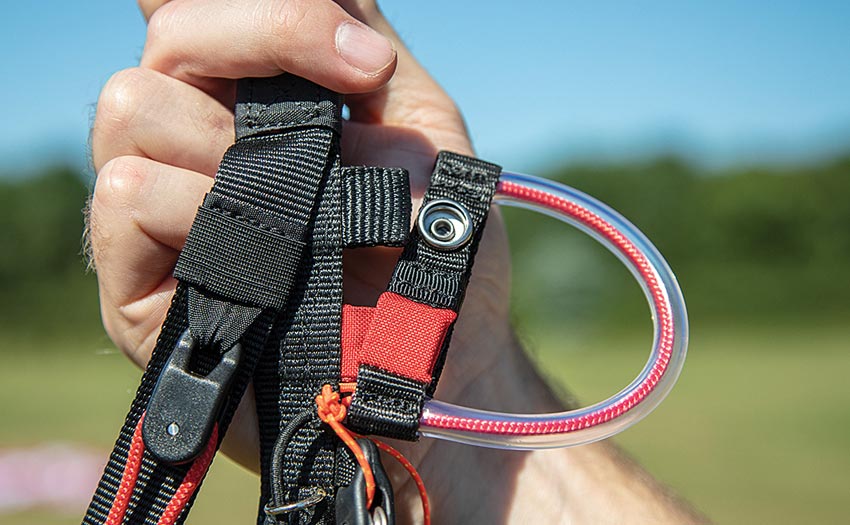 This is a very good all-round wing that will keep most pilots entertained. The great launch and landing behaviour plus good stability means it isn’t out of reach of relatively low-airtime pilots, although Petr recommends it for pilots with over 100 hours on a reflex wing.

This is probably due to the complexity of the controls available. However, if you keep it simple, and especially at a larger size, it doesn’t feel hard to fly. As your skills grow it will reward you, and its playful agility will ensure you don’t outgrow it quickly, if you ever do.

I flew the 27 at around 120kg all-up and with the easy launching and landing felt I could happily go down a size for more whizz factor. I am sure this will be a popular wing amongst those who like their paramotor wing with a bit of speed and carvability.

Marcus King regularly reviews EN-B and EN-C paragliders and paramotor wings. Cross Country’s designer, he has been flying paragliders for 25 years. He lives in the south of France near the sites of Gréolières and Gourdon