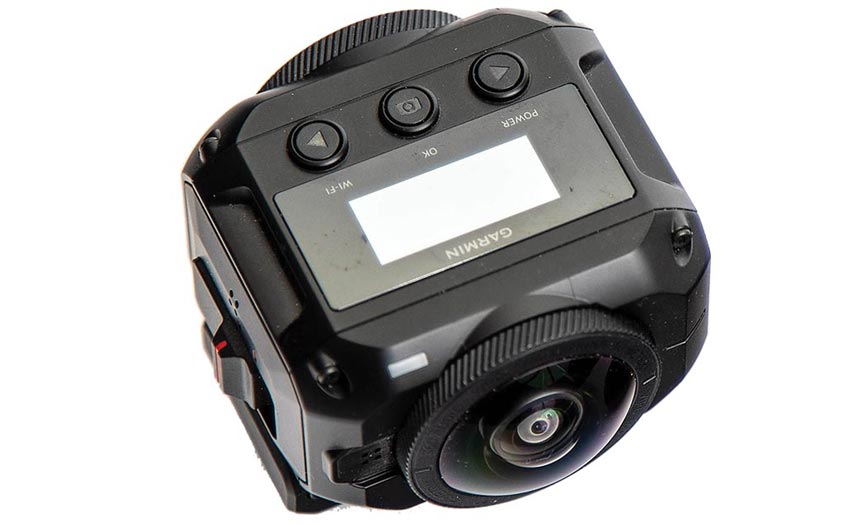 Marcus King compares the Insta360 One and the Garmin VIRB 360 for in-flight use.

You can’t turn around online these days without bumping into a 360-degree film. And 360-degree cameras are suddenly everywhere. While not everyone (anyone?) wants to watch videos with a headset, the cameras also give you plenty of options when you edit, albeit at the cost of some quality.

For pilots, 360 cameras give us the ability to reframe the video as a flat video. That means no more worrying that the camera is pointing exactly in the right direction in the air. It also gives you nearly unlimited movie angles – opening up new and awe-inspiring in-flight views. In short, a 360 camera is the ultimate selfie-stick.

The Inst360 is a svelt 82g and comes with a nice cover to protect it when you are carrying it around: just as well, as the lenses aren’t replaceable and have no protection.

There is no screen and it has just one button to switch it on, start recording and stop. Single, double and triple-clicks start different recording modes; there is good audio feedback as well as a small light.

At nearly twice the weight the Garmin VIRB 360 is a relative heavyweight, but it has a black-and-white display and plenty of buttons. A chunky switch on the side can switch the camera on and start recording straight away: great for when you have gloves on.

The screen also allows you to change modes directly on the camera. The VIRB 360 has replaceable lens protectors, although at £35 each they’re not cheap. The VIRB 360 also has GPS and various sensors included so it can record position, speed and G-force that you can overlay on your footage.

The Insta360 One has a fixed battery; the VIRB 360 has a replaceable battery. Both claim one-hour battery life.

Both cameras come with various mounts including adaptors to fit GoPro-style mounts. The Insta360 One is supplied with its own selfie stick. 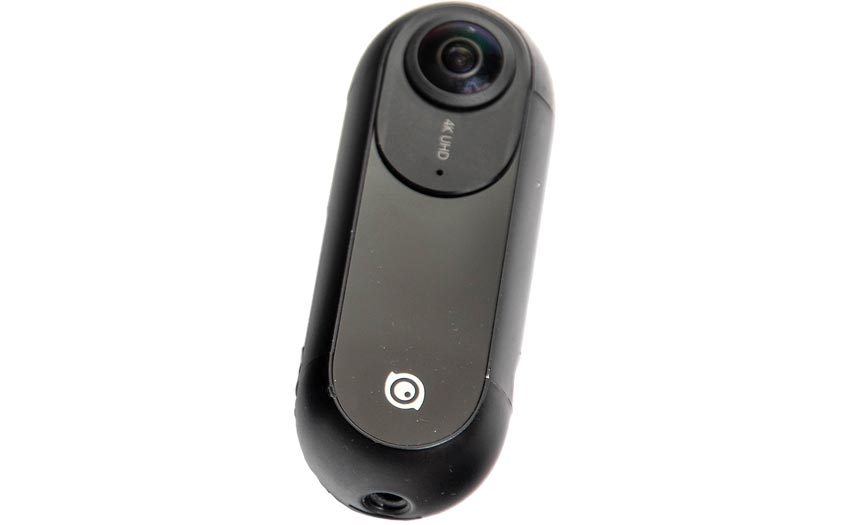 The VIRB 360 has Wi-Fi built in. You can use this to connect your smartphone to control the camera and transfer footage to your phone. The VIRB 360 app also allows you to livestream in 360.

The Insta360 One connects to an iPhone via a lightning connector (iPhone phone charging cable) which folds out. If you have a chunky phone case you won’t be able to use this.

Once connected it automatically opens the app and you can transfer footage and control the camera. You can use the camera while it is attached to your phone and livestream from the app. Alternatively, you can connect via Bluetooth. This allows you to start the various shooting modes but doesn’t have any monitoring.

Both cameras are pretty easy to use. With its dedicated switch the VIRB 360 is especially easy to start recording.

The Insta360 One needs multiple button pushes to get into record mode. This can be difficult in the air; you also have to remember what the LED is trying to tell you with its various flashes.

Being lighter the Insta360 One is easier to have mounted on the end of a long pole. I balance one end of the stick under my chest strap, or wedge it down the side of my harness.

The VIRB 360 has quite a bit more inertia so needs mounting a little more securely, especially when on the end of a large pole. However, it is still relatively easy as you don’t have to worry about what direction it is pointing.

I initially found the Insta360 One app much slicker than the VIRB’s, which suffered quite a few glitches. However, the VIRB 360 app has improved with updates.

Both cameras take pretty good footage. Both default to 4k 360 footage, but the VIRB 360 can be switched to record separate files for each lens. This can then be stitched together via the desktop app into 5K 360 footage.

You can get good flat 1080p (HDTV) footage from both cameras in their respective apps, which allows you to control the field of view.

However, the final output video isn’t as good as the latest GoPro model or other fixed cameras. Most of these can now produce flat 4K video, which you can’t output from either camera here.

On the finished videos I noticed quite a lot of compression artefacts (fuzziness) even at the best settings.

Which one to get?

The Insta360 One is half the cost and half the weight of the VIRB 360, so if your budget is tight then it’s the one to go for.

The VIRB 360 though has a lot more power, with 5K mode and various sensors built in (you can even link it to your heart-monitor). So if you want those things you’ll have to shell out the extra. A big bonus of the VIRB 360 is the replaceable lenses that may save money over time.

In practice, during my time with both cameras I often took the Insta360 One out first simply because of its low weight and simplicity. It’s so small you can just keep it in your pocket so it’s always there when you want it.

For both cameras it takes a reasonable amount of work to get flat video out of the recordings. You can either do this in the phone apps, which have a lot of automation, or use the desktop apps.

The desktop apps give you a bit more control, especially in the case of the VIRB 360 where you can chose the various overlays showing flight data or even maps of your route.

The VIRB 360 app stitches and stabilises the video on the fly. With the Insta360 One you have to do one pass to stabilise the video, then reimport and use the “Freecapture” mode to create your flat video.

Using the apps on an older computer I found the Garmin app was very sluggish, almost to the point of being unusable, whereas the Insta360 One app ran well. One tip if you have a slower machine is that you can edit the 4K VIRB 360 videos in the Insta360 One app. I had no such issues on a 2018 Macbook Pro.