The Air3 will likely take up the whole of your instrument deck but offers all the functionality you need. Photos: Marcus King
Reviews, Technology

Want it all and want it all in one place? Marcus King flies this updated Android tablet for free-flight.

Back in issue 219 I tested the Air3 7.2, an Android tablet specifically built for free flight with built-in high quality barometric sensor and large battery so it would run all day. Since then Air3 have updated their instrument to the 7.3 version. We tried their top-of-the-range model the 7.3+ to see what’s new.

Out of the box

The first thing to notice is the detachable Fanet aerial on one side. Inside the well-known SkyTraxx Fanet+ module has been added to the device, giving Fanet and Flarm transmit functionality. The other thing you will notice is six buttons (including power) on the front, unlike the original that had buttons on the side which were tricky to use. Five of the buttons can be configured for different functionality in apps both for short and long pushes.

Switching on, the screen has been updated, although it shares the same 1,000 nits maximum screen brightness of the previous model, the resolution has been increased to 1,920 x 1,200 which is a noticeable improvement.

Inside there is a faster processor and more Ram to allow apps to run more quickly. The unit also now runs Android 10 rather than 8, so should be that bit more future-proof. 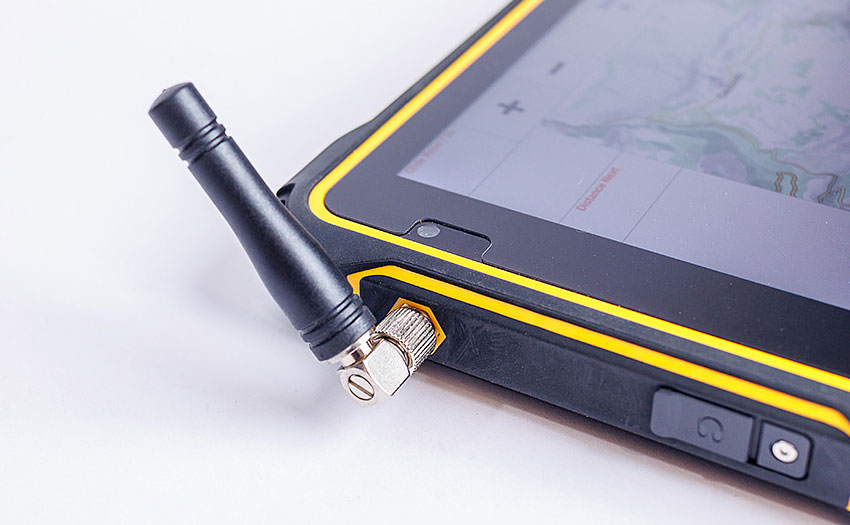 The new Fanet has been integrated into the XCTrack app (xctrack.org) that is preinstalled on the instrument, so it will show other pilots on the map. You could previously do this via the internet using an OGN Radar or XCGuide but that required the other pilots being in range of an Online Glider Network (OGN, wiki.glidernet.org) ground station and being set up for the OGN tracking. The new instrument uses the direct radio transmissions. Importantly, it also transmits your positions and heading on the Flarm protocol so other air users such as sailplane pilots will see you and be warned if they are on a collision course; very useful if you fly in areas with lots of traffic.

One of XCTrack’s shortcomings for me in an age of open services is the fact that it will only work with XCTrack’s own live-tracking service. If you need to track pilots using other services, or send your position to other services, you will need to run another app. For example, my local club uses SkyLines (skylines.aero) with a dedicated page on their website bringing together all the club members’ tracks. This is a great safety net for pilots on good XC days as we can all keep an eye out for each other and it has already proved useful in a rescue.

It seems the team at Air3 have recognised this shortcoming and are now preinstalling the excellent XCGuide app. Although you can use this app as a complete flight instrument you can also choose to run it as a background app combining data from various live-track sources and forwarding it to XCTrack for display on the maps. At the same time, it can send your position to various live-track services. Air3 have even created a settings file that you download and apply so that the app is set to start automatically on switch-on and run in the background with the map downloads turned off to save data.

Talking of data, as the Air3 has a 4G-capable chipset built in, adding a SIM card means you won’t have to attach it to your mobile’s hotspot. They even include a SIM card adaptor so you can use it with newer micro SIMs. You can of course also use the tablet as a phone if needed. 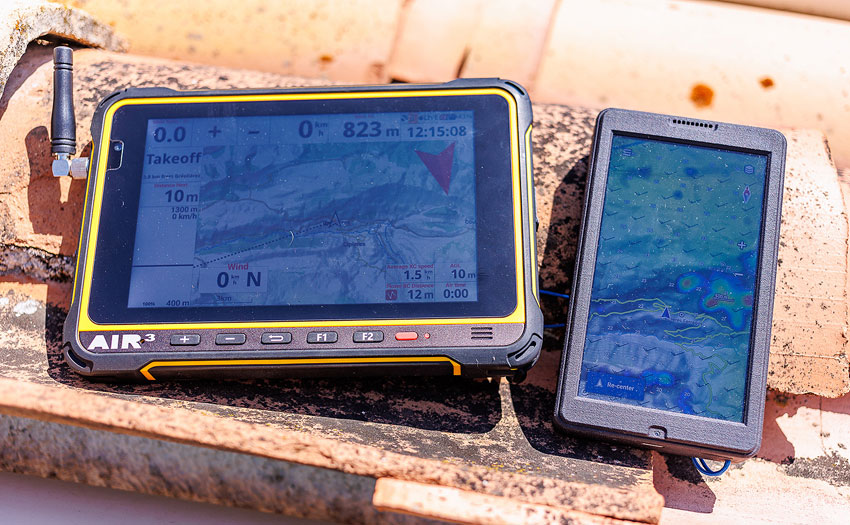 The Air3 is considerably bigger than the Oudie N

Size wise there is no real difference between this version and the previous ones. It is still a chunky machine that will probably take up your entire instrument panel. It’s twice the size of the Oudie N for example. The weight is also pretty much the same, with the Fanet-enabled version only 5g heavier than the previous 7.2 unit, at 665g. There are quite large bezels round the screen, and it is pretty thick to allow for the 10,000 mAh battery.

The new unit comes with a lanyard making it easier to secure. You will need a karabiner to clip it to your tie-in points as it isn’t long enough to pass the unit through as you would do with most instruments.

The beauty of the Air3 is, once set up, it can be used like any other dedicated instrument where you just switch on and fly. It is easy to set it up so that it automatically starts XCGuide for live tracking in the background and opens XCTrack so it is ready to fly without any interaction. Once in the air you are very much using the XCTrack interface but on a big, easy-to-read screen, which for me is much easier to read than some mobiles I have used. Having the buttons to switch screens and zoom in and out makes using it much easier, although you may still want your XCPen to hand to interact with the app if you have thick gloves. 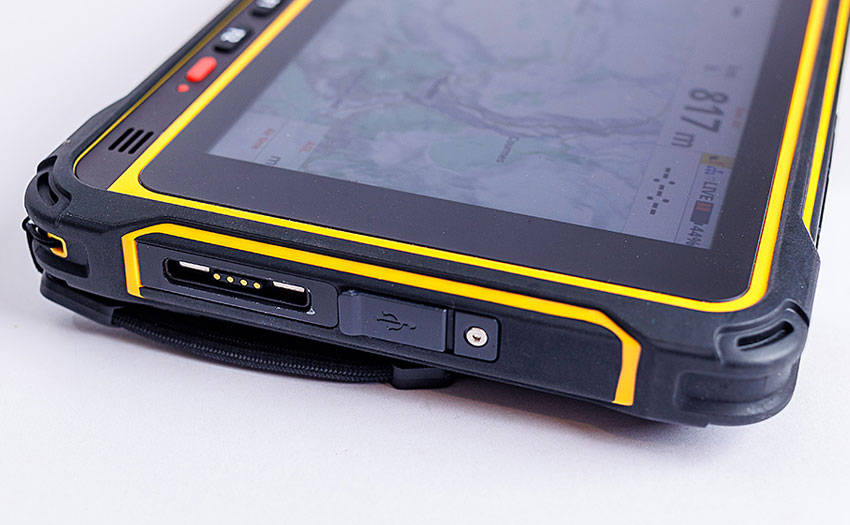 As with the last Air3, I flew with the standard audio vario set up. This can feel a bit hectic if you fly in strong mountain air, but can easily be modified on the instrument without the need for extra software. The vario is nice and responsive and it was easy to understand the information it was giving me. XCTrack has a great thermal assistant that will help you understand the drift of the climbs and where the strongest parts are.

Another useful piece of information that XCTrack shows is the wind speed and direction at various altitudes that it records as you fly. Of course, the layout in XCTrack is fully customisable but the Air3 has a utility that will switch between different layouts easily as well as dealing with system and app updates.

In the air the screen is easy to read and view, the system now has an adaptive brightness that can be turned on, so it sets the brightness of the screen automatically.  You can then increase it temporarily using the F1 button on the front of the device if needed. This should keep battery usage down. I flew for five hours with live tracking working to Livetrack24, SkyLines and the OGN and still had battery to spare to read my Kindle while waiting for my retrieve. I was using the system with 100% brightness, Air3 recommend reducing this to 60% to get better battery life.

The Air3 7.3+ isn’t a massive upgrade, but it does bring in more functionality, continuing to make it an all-in-one solution rather than having to connect various devices. I like the way the team are helping users make the most of the existing solutions that are available app-wise and at the same time maintaining an open system that you can use in the way you want. They have managed to combine this flexibility with a switch-on-and-go device that is reliable.