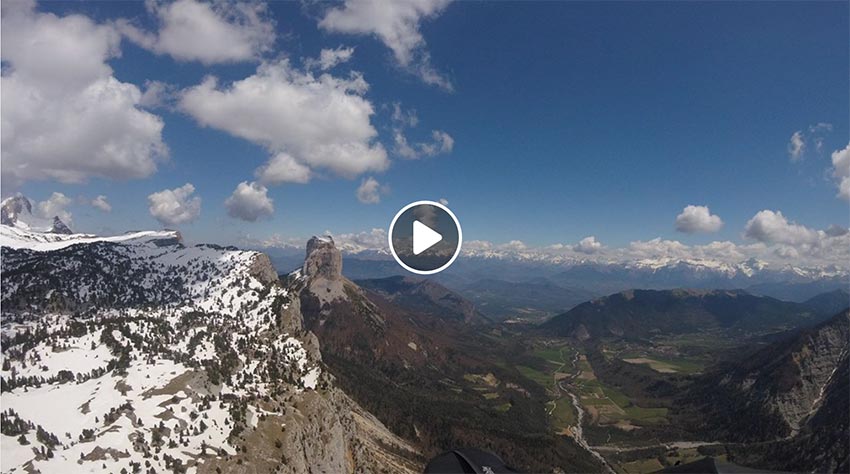 Yael, flying an Enzo 3, made the flight with Clément Latour of France. They launched at 9:15am and enjoyed a nine-and-a-half-hour tour of some of France’s most stunning mountain scenery, passing Mont Aiguille, the Vercors, Pic de Bure (which was “super-strong”) and the Belledonne.

Yael wrote that what had started as a day of low cloudbase and low expectations, turned out to be “real fun”.

The low base meant that in the early part of the flight they were “not as efficient as we could be”, and getting across Grenoble with little altitude and airspace to avoid was a problem of its own. Once across, things improved.

Then, slowly, the Vercors started delivering, and we could soar the ridges, and finally start thinking more positively. It turned out to be a great day, then it was working everywhere with nice clouds.

Of the Vercors Natural Park she wrote:

I’ve never been flying in those places, and seeing them from above was really impressive. Planning a flight is something important, but having a good representation of the relief is another thing. And so I was just impressed about the mountains there are down there!

After some stunning scenery, strong climbs and watching Clément “being shaken like a leaf in the wind” above Valbonnais, they landed next to the car at St Hilaire at 18:40. The food and drink Yael had carried landed with her, uneaten and undrunk as conditions had been too feisty to let go of the brakes! 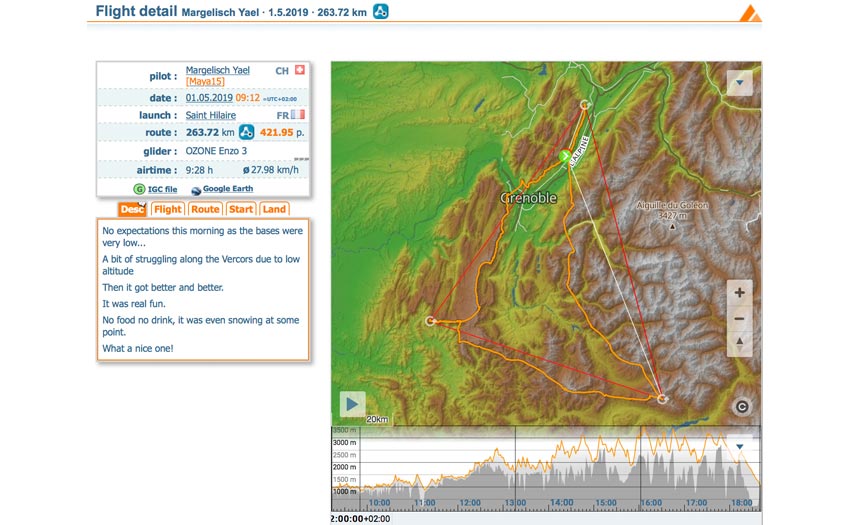