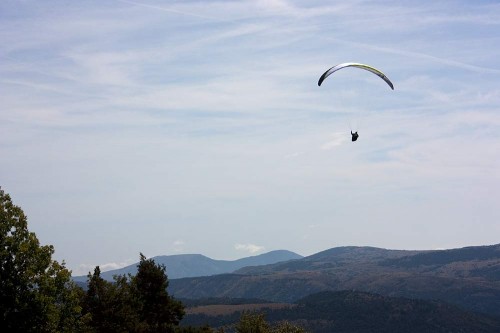 One of France’s most famous paragliding and hang gliding sites, Col de Bleyne, is at risk of closure if a proposed wind farm gets the go-ahead.

French electricity company EDF are planning to erect 135m-high windmills along the ridge. This would completely prevent free-flying at the site, which is arguably one of the best in France, and has been the starting point for many long-distance flights.

The paragliding site record was broken on 6 May this year, when Luc Armant flew 339km to Martigny in Switzerland with Ozone colleague Dav Dagault (who landed at 330km).

The first stage in the wind farm project will be to erect 10 to 20 above the little village of Valderoure, a few kilometres west along the Col de Bleyne ridge from takeoff. This is what the landscape could look like, if this happens: 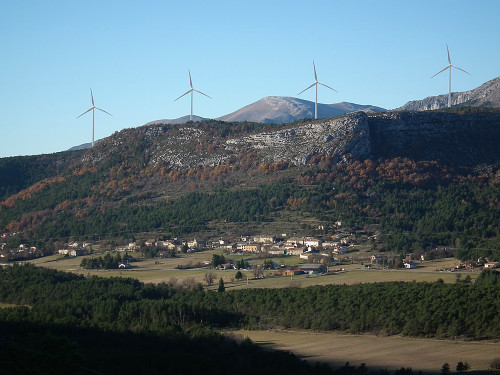 EDF want to build 10 to 20 wind turbines above the small village of Valderoure just along the ridge from the hang glidig and paragliding site of Col de Bleyne.

As part of their feasability studies thay have already erected an anenometer on an 80m mast above Valderoure, on Montagne de Chandy. 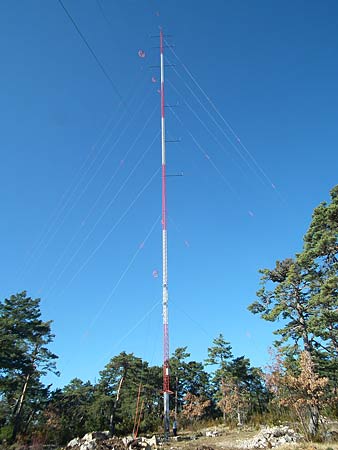 Ulric Jessop, dwarfed by EDF's anenometer mast, which is half the height of the proposed windmills

British ex-pats Ruth and Ulric Jessop will be well-known to anyone who has been around the PWC or British paragliding scenes. They live just behind the Bleyne ridge, and are taking a stand to try to protect the natural beauty of the site, which is enjoyed by hang glider and paraglider pilots, walkers, mountain bikers, cross country skiers and lovers of wilderness.

The wind farm project could impact on tourism in the area, as many local businesses rely on trade from paragliding and other outdoor sports.

In addition, new roads will need to be built on the mountain for lorries to bring in the materials needed to construct the wind turbines, and now-quiet country roads will suddenly see the constant rumble of heavy traffic.

Ruth says, “We saved Pena Negra – Steve Ham’s launch and amazing flying site in Piedrahita, Spain in the 90s from being ruined forever by wind turbines. If we have enough support I hope we can do the same here”.

At the moment the project is still in the ‘feasability study’ stage, which includes impact studies on the environment and the people who live and visit there. So now is the time to speak up.

If you would like to help, it will take less than a minute of your time to sign the online petition, here.