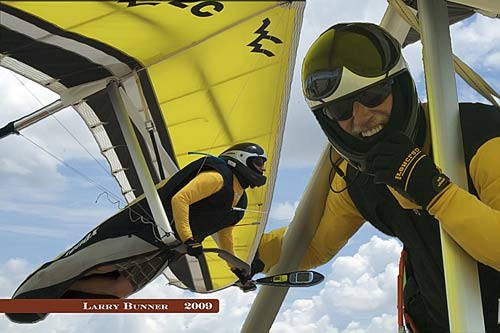 Larry Bunner flew his T2C 197 miles in Pennsylvania  on 7 July, setting a site, state, and regional record. He flew without retrieve and relied on the support of his wife Sue for a “midnight lift”.

Larry says, “A number of people have asked me why I switched back to a flexi after flying a rigid wing for several years. The best comparison I can come up with is that flying the T2C is like driving a sports car in contrast to a 4 door Mercedes. I landed at 6:48, 6 hours and 18 minutes and 197 miles from the Pulpit. Wooohooo!” 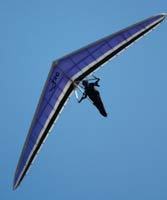 Owen Morse has been training with unconventional out and returns in the San Bernardino Mountains and recently set a Crestline site flexwing record of 118 miles on his T2C 154.

To the Crestline Soaring Society Owen said, “I don’t want to get too sentimental, but I must mention this here, because all of you will understand this more than anyone. In one of my last conversations with Rob Kells, I was telling him just how much I loved my T2C, and that I promised him I was going to go 100 miles from Crestline on it. He smiled and said, ‘Owen, I don’t doubt it!’ As I flew over Baker, at the 100 mile mark, I said out loud ‘That’s for you Rob’.”

Then on 4 Sep Terry Presley became the first person to fly from Lookout Mountain Flight Park to Henson’s Gap Tennessee and BACK. Terry’s been flying topless gliders for many years and thinks that the T2C is the cleanest glider that Wills has ever made. “They’ve listened to their newest group of hot factory pilots and have produced as aerodynamically clean of a glider as they possible could,” Terry said. “By far their best effort. The performance is really showing up from their attention to detail.” 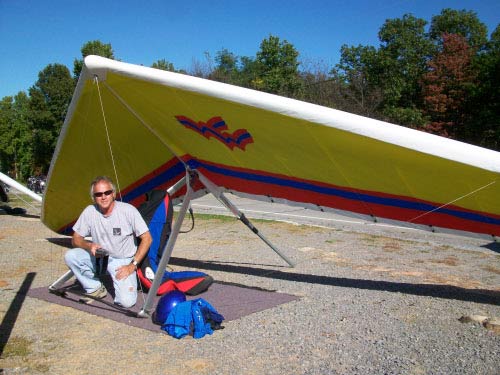