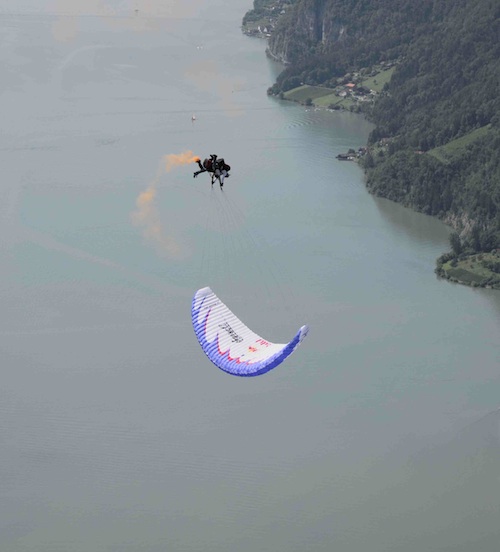 Pál Takáts and Gábor Kézi have succeeded in their attempts to perform the Infinite Tumble on a U-Turn tandem paraglider over Walensee, Switzerland on Saturday 7 August 2010.

The stars of the award-winning acro film Adrenaline and Turbulence flew a specially built 31 m2 version of the U-Turn acro wing, the Thriller.

Billed as “probably the strongest paraglider ever built”, the wing has a reinforced inner structure and extra thick lines. The combined strength of the upper line cascades was calculated to be able to withstand a max. load of 8.2 tons and the main lines 5.2 tons. 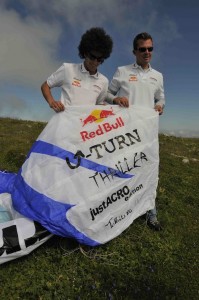 The need for U-Turn to build such a super-strengthened wing became apparent after the Hungarian duo’s earlier attempts to Infinite Tumble a tandem in Oludeniz had ended in disaster when an already highly-reinforced wing disintegrated after the third revolution breaking all the A,B,C and lines.

Pál Takáts piloted the U-Turn Thriller, but due to the extreme forces in play and high brake pressures needed to force the glider into and out of the Infinite Tumble it had to be controlled by both Pál and Gábor using a double brake system.

The team managed approx. 45 Infinite Tumbles in a row.