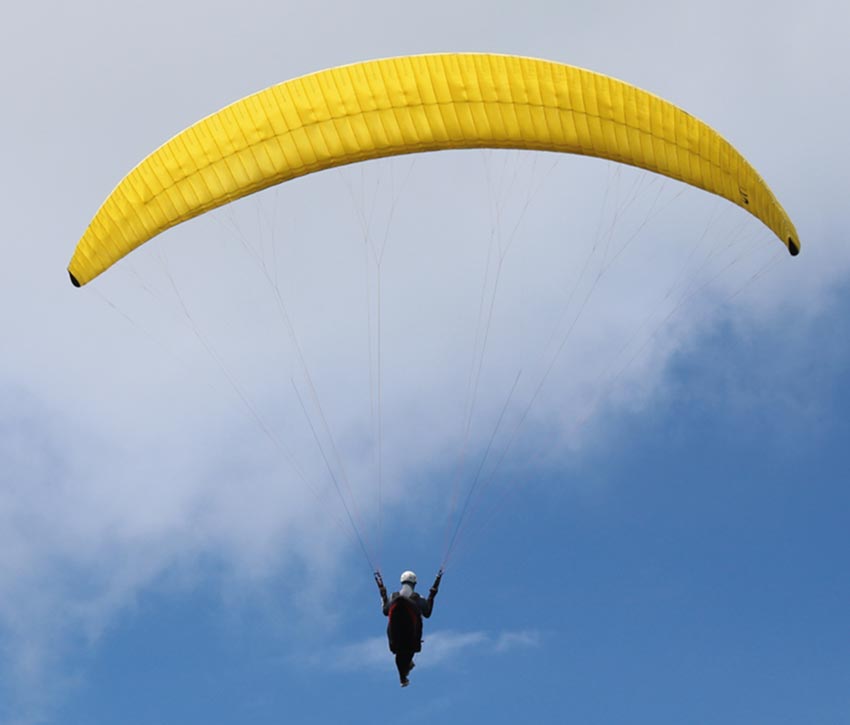 Sol have released a two-liner paraglider with a modest aspect ratio that’s aimed at the EN-C Sports Class market. It’s called the LT 1.

It is based on the TR 27, but with its modest aspect ratio of 6.25 and 66 cells Sol say its handling and passive safety is comparable to other C-class wings. Its certification is CCC, since testing for EN-C on a two-liner (without using folding lines which would mean it gets EN-D) – is prohibitively difficult. CCC certification means it has been shock tested and has undergone minimal flight tests.

Sol’s Ary Carlos Pradi explained, “Pilots can decide, based on technical aspects and on the glider behaviour on the market / real use [whether the wing is the right level for them]. Like parachutes and paramotor wings where no level certification exists”.

The first production models were delivered to their new owners at the end of June 2019, and Brazilian pilots have already been making big flights on them, like this 211km flight by Gustavo Russo on 17 June 2019.

The LT 1 is available in sizes XS to XL. 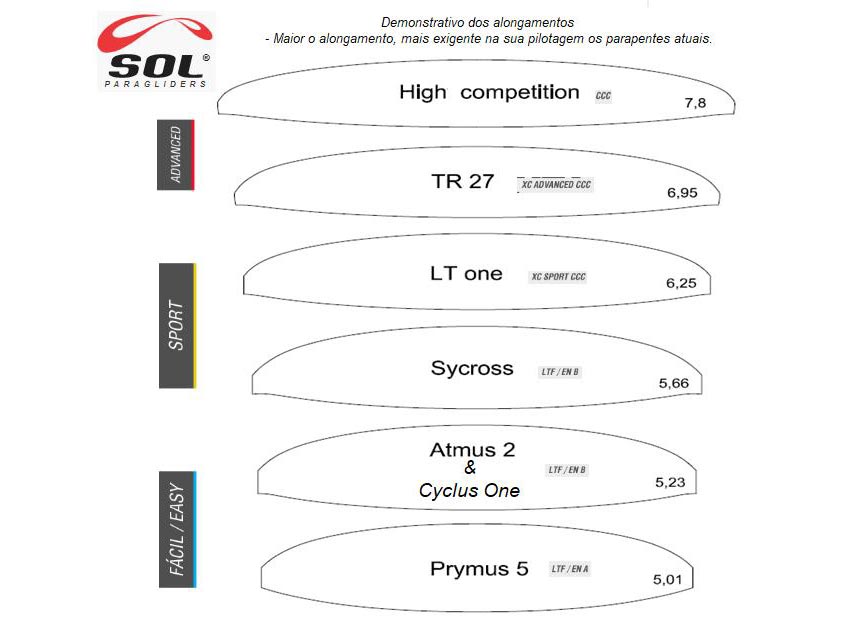 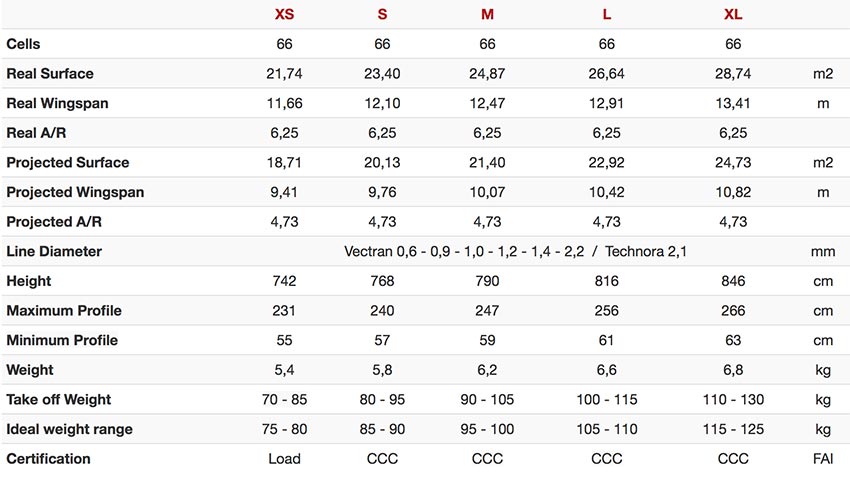