Security in Flight 2 by Jocky Sanderson 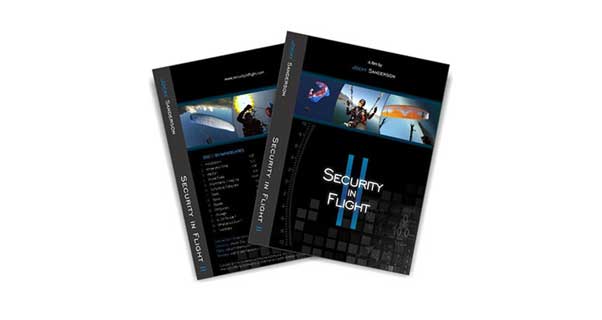 The new film is 170 minutes long and uses the latest filming technology to show in detail how to control your glider in every situation. A detailed 120 page book accompanying the double DVD features safety tips and advice on how to fly.

The introduction to Security in Flight 2

Releasing the film at the Kendal Mountain Festival in the UK last week, Jocky said he was “over the moon” that the movie was out.

“It’s been two years in the making,” he explained, “and I’m very excited about the result.”

The film uses three cameras to capture every angle of flying, including pilot cams and tandem cams. Slow motion footage helps viewers understand what is going on, while split-screen views help pilots match up what is going on with the canopy as the pilot flies the glider.

Chapters include the basics such as Big Ears as well as advanced techniques like Stalls, Spins, Cravats and Reserve Deployments.

Uniquely for such a film, every technique is filmed and explained on two different gliders – an EN B and an EN D paraglider. “This means you see how a relatively benign glider reacts as well as a sportier glider,” Jocky said.

The original Security in Flight was made in 1996 and was on VHS. “It helped thousands of pilots learn more,” said Jocky, “but the tragedy was how much we left on the cutting room floor.”

The double DVD, he said, meant, “we could fit a lot more in.”

Forty minutes of the film were shown at the Kendal Mountain Festival on 15 November, the first time the film has been shown in public and close to Jocky Sanderson’s home flying sites.