The medal rewards outstanding achievements in any airsport by a woman, in the previous year. Sasha’s prize was in recognition of  two women’s hang gliding world records set on 2 January 2018: ‘Straight distance to a declared goal’ (408km), and ‘Free distance using up to three turnpoints’ (412.6km), achieved during the 2018 Forbes Flatlands competition. 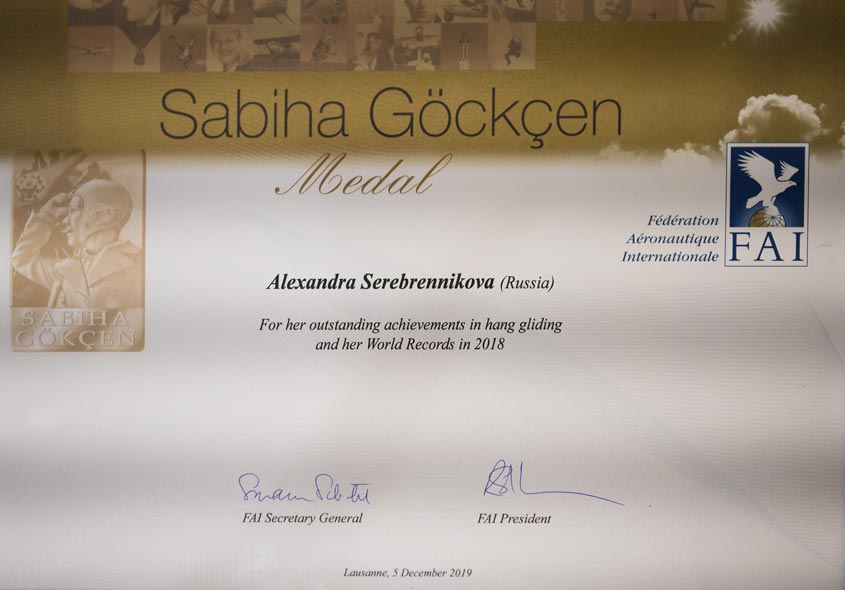