One of the stand-out Rookies from the last edition of the X-Alps, Kinga Masztalerz, has had to withdraw from this year’s competition due to a stress fracture.

With just four weeks to go before the start of the race the New Zealand pilot, one of only three women in this year’s competition, said she was “heartbroken and disappointed”.

Posting on her Instagram account she wrote: “A dull pain that I’ve been feeling in my foot for some time is a stress fracture. Lateral sesamoid fracture, a tiny broken bone in front of my foot.

“Doctors say it should heal itself with proper treatment (special orthotics and rocker bottom shoes with a lot of cushioning) and hopefully, we can avoid surgery. I can carefully walk around and fly or ride a bike but I can’t run or speed hike uphill (flexing and impact).

“Since it started hurting me, I’ve visited multiple doctors and they didn’t see any problem, they even missed it on two different X-rays, so it took a long time and finding the right specialist to diagnose it properly.

“The timing is awful, apparently, fractures like this take at least a couple of months or longer to fully heal. In other words, it means I need to withdraw from Red Bull X-Alps and cancel all the hike-and-fly and vol-bivouac coaching for the next months. 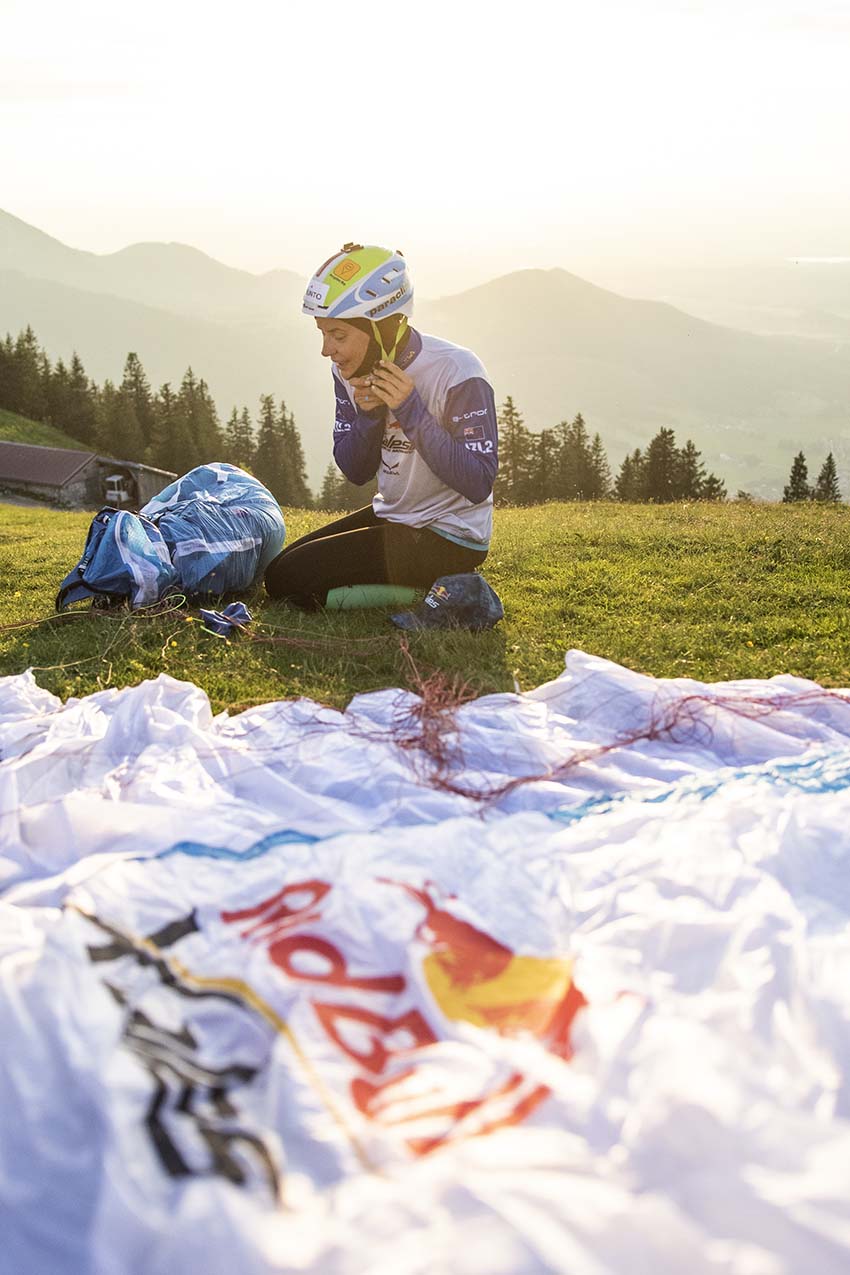 “I’m heartbroken and extremely disappointed, I was so excited about this year’s race, better prepared, having a great team (Chris, Connie, Nino) the best gear I could have wanted (thank you @phi_paragliding, @garmin, @fly.neo, @stodeus_paragliding), so much fantastic support around me, and I felt so strong both physically and mentally.

“But there is nothing I can do at this point but to let it heal and start planning other adventures (vol-bivouacs and my NZ record are waiting!) and races (X-Pyr 2022 and X-Alps 2023!).”

She added: “This year has been so complicated logistically, all the traveling restrictions, uncertainty around X-Alps, and now this… Maybe it was just meant to be this way. It’s rough now but setbacks just make us stronger in the long run. The best of luck to all the other @redbullxalps 2021 athletes. I’ll cheer you on from afar.”

Kinga finished 20th in the 2019 edition having covered half of the course – she was cut from the back with 580km to go after an epic hiking battle with Korea’s Chikyong Ha. She had won the hearts and minds of thousands of pilots with her approach to the race and positive mental attitude.

The Red Bull X-Alps 2021 is scheduled to start in Salzburg on Sunday 20 June.