It’s all over for the Red Bull X-Alps 2019 – the clock stopped at midday on Thursday 27 June with ten pilots having made it to Peille.

Benoit Outters (FRA1) and Paul Guschlbauer (AUT1) covered much of the last day together – hiking together and flying together, and reaching Peille together on Wednesday evening to take joint third spot, much to the delight of fans who praised their sportsmanship.

Manu Nübel (GER1), Simon Oberrauner (AUT2), Gaspard Petiot (FRA2), Patrick Von Känel (SUI2) and Aaron Durogati (ITA) all made it to Peille on Wednesday night too. Tom de Dorlodot (BEL) was the final athlete to make it in, an hour and a half before the clock stopped on Thursday. The sixteen athletes still out on the course were ranked according to distance left to Peille. 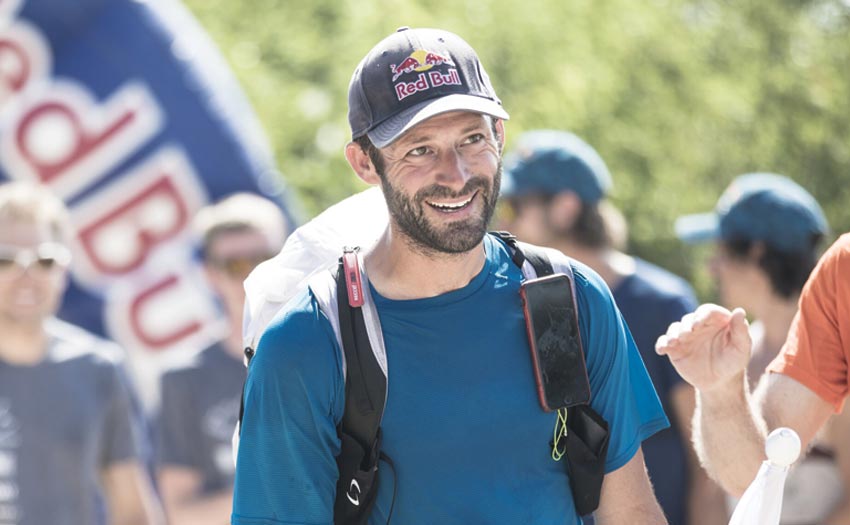 Tom de Dorlodot has been in seven editions of the Red Bull X-Alps (he was just 21 years old the first time he took part) and this is the first time he has reached Monaco so he was overjoyed. He used his night pass – as did most of the athletes who had one to use – and hiked 75km through Wednesday night and Thursday morning to make it to Peille.

Toma Coconea (ROU) was the closest athlete left on the course – ending up near Saint André-les-Alpes with 78km to go. It’s not a bad place to stop – the Lac de Castillon is a lovely place for a cooling swim. Toma had a fabulous flight on Wednesday, reaching over 6,000m above Monte Viso (over 150 pilots top-landed Mont Blanc that afternoon too – it was a special day in the Alps). At the back, Chikyong Ha was finally taken by the axeman at 6am while on his way between Titlis and the Eiger.

And that’s it. Shoes were kicked off, beers cracked open and pilots and supporters could relax for the first time in eleven days, while the live-tracking addicts will have to try to remember what they ever did before all of this started.

Athletes and supporters out on the road will be making their way to Monaco, and rumour has it there will be a mass flydown Thursday evening of all the participants, followed, we hope, by some relaxation and partying on the beach. The prize-giving ceremony takes place on Friday evening in Monaco.