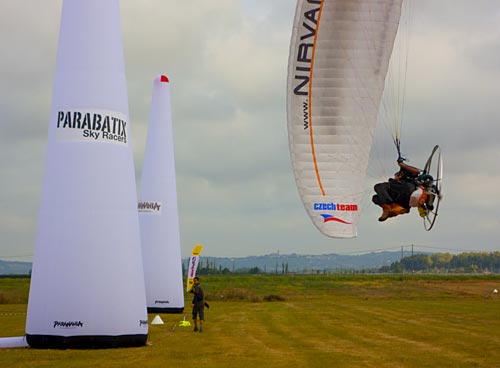 The paramotoring world has just enjoyed a weekend of a new kind of competition and a lot of fun. Fourteen of the world’s top paramotor pilots met in Montauban, SW France for Parabatix, a spectator-friendly competition involving pylon racng and stick-kicking in an audience-filled area.

Mathieu Rouanet won the event with a lead of just 4 seconds after five tasks over Alex. Filling the third podium spot was Spaniard Paco Guerra. 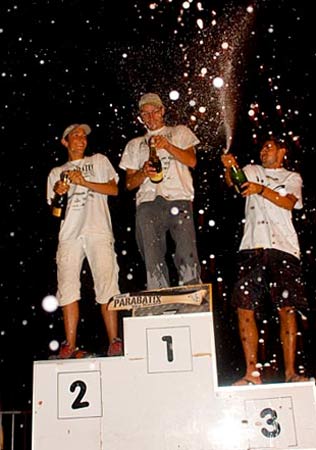 With each competitor only a taking a couple of minutes to complete each task, the low level action was fast and easy to follow. A running commentary kept the crowd informed, and every pilot finished their run by landing in front of the audience, who thus got to know the different characters and their individual styles.

With major TV channels already showing an interest, it seems the format could be a winning formula. Pascal Campbell-Jones, Ali Al Hammadi and the rest of the team are now working hard on planning forthcoming events. Watch this space!

There will be a full report on the event in issue 21 of Paramotor Magazine which is out soon – see here for details of how to subscribe or buy individual issues.

Meanwhile, to get a taster of the event, see the video below.