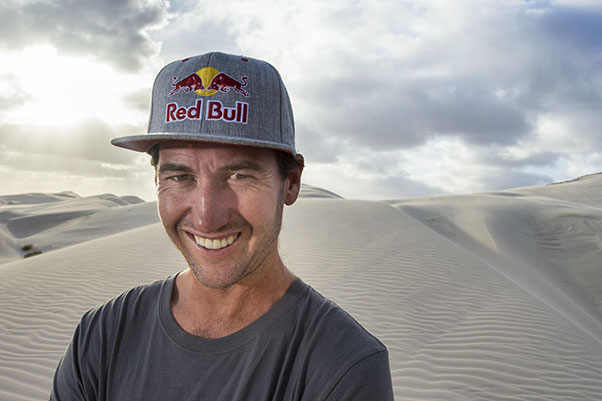 Jonny Durand has claimed two hang gliding world records flying on the cliffs of the Great Australian Bight in the south of Australia.

Both flights smash the previous records of 56km/h and 75km/h, respectively.

Both flights were flown in “perfect and rare” conditions on 28 January 2014.

He reached speeds of over 100km/h before the wind slackened, leaving him concerned he would have to ditch in the water.

“Racing down the ridge I was reaching speeds of over 100km/h … then I slowed to 40-50km/h with quite light winds. I was just trying to stay in the air. I started undoing the safety buckles on my harness.”

Reaching the turnpoint he realised “I had the wind on my side” and it was good to go. “That last five kilometres I was pretty well exhausted by then.” 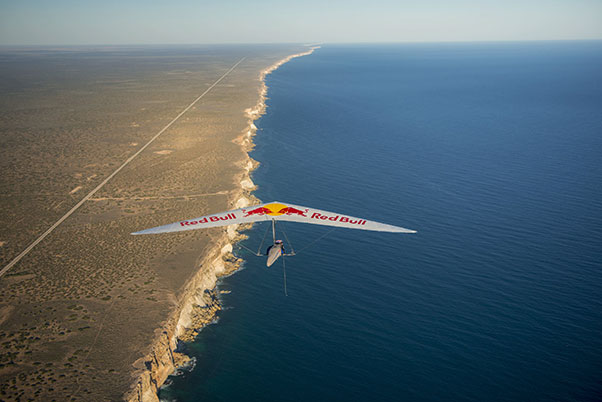 Flying at racing speed along a 150km stretch of cliffs that form the coastline to the Nullabor National Park Jonny first flew the 300km out and return before then flying the second record.

Jonny’s flights were the culmination of his latest project, Project Boomerang. A professional hang glider pilot Jonny and his team had been planning the record attempts for months. 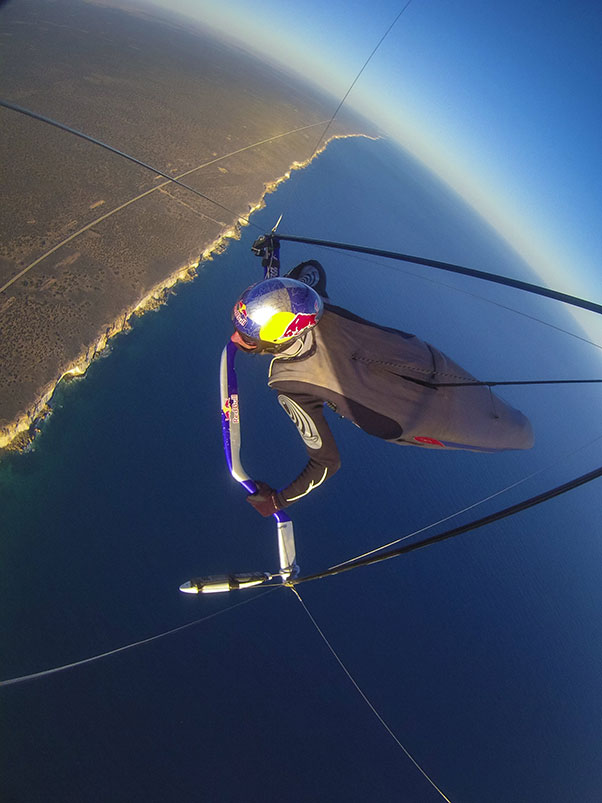 He said: “After years of hard work and preparation, to have accomplished not one, but two world records in one day is completely overwhelming.

“There were some major risks, including the remoteness of the location, and there were a few moments when I could have hit the water.

“The support from the team on the ground has been incredible. The whole experience has been exhilarating and the absolute highlight of all my achievements so far.”

Jonny is one of the world’s best-known hang glider pilots. His projects have included flying the Morning Glory roll cloud in Queensland, Australia, and several world records and world record attempts.

Read the full trip diary on the Oz Report