>>> To donate, with all your money going directly to the charity and no fees or commission, go here: www.thecloudbasefoundation.org

The Cloudbase Foundation today launched an appeal to raise $60,000 for the families of seven paraglider pilots killed in the earthquake that hit Palu in Indonesia on 28 September.

The 7.5 magnitude earthquake killed at least 2,000 people and left tens of thousands homeless, with another 5,000 people still missing. The official search and rescue operation ended today, with the local government saying there was no more hope for survivors.

The earthquake killed seven paraglider pilots who were staying in a hotel in Palu that completely collapsed. They were part of a group of 32 pilots who were in Palu, Sulawesi, for a paragliding competition, the Palu Nomoni XC Competition.

Palu is close to the flying site of Matantimali in the north of Sulawesi. A well-known site, Matantimal offers access to a long mountain range of forest-covered hills that rise to 2,313m. Set between two mountain ranges, the microclimate is unusually dry for this tropical region and a good flying arena. 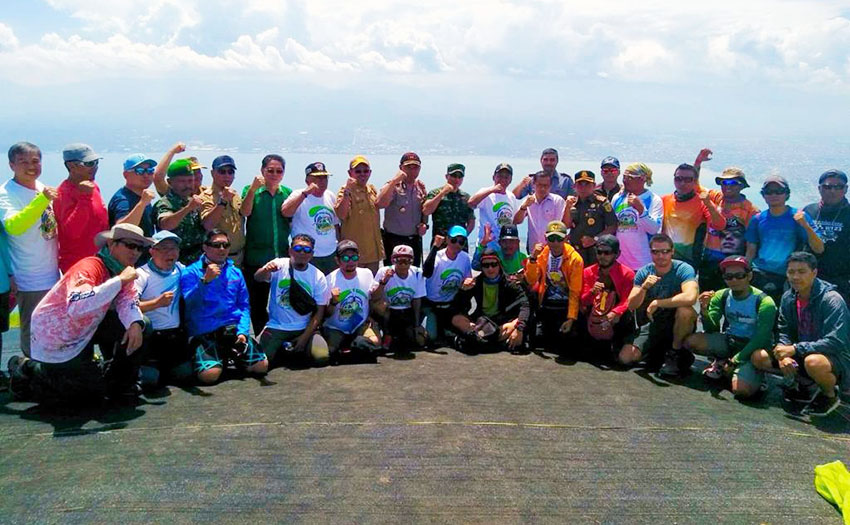 The competition was being held in part to officially open a new launch, in an area where the development of paragliding has been strongly backed by local tourism authorities.

Most of the pilots taking part were from Indonesia, with three pilots from overseas: Belgium, South Korea and Singapore. They were staying in different hotels in the coastal town of Palu. Twenty pilots were in the eight-story Roa Roa hotel, which completely collapsed during the 7.5 magnitude earthquake.

All seven pilots died in this hotel collapse. 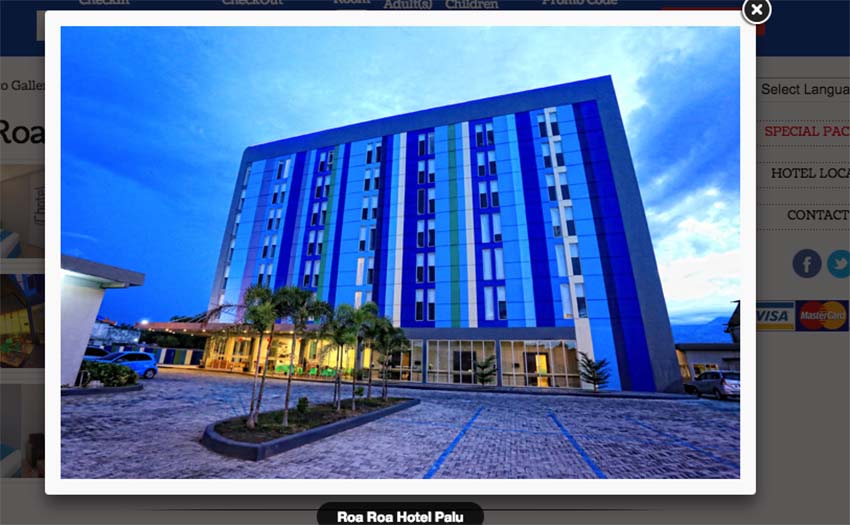 The Roa Roa Hotel before the earthquake and tsunami 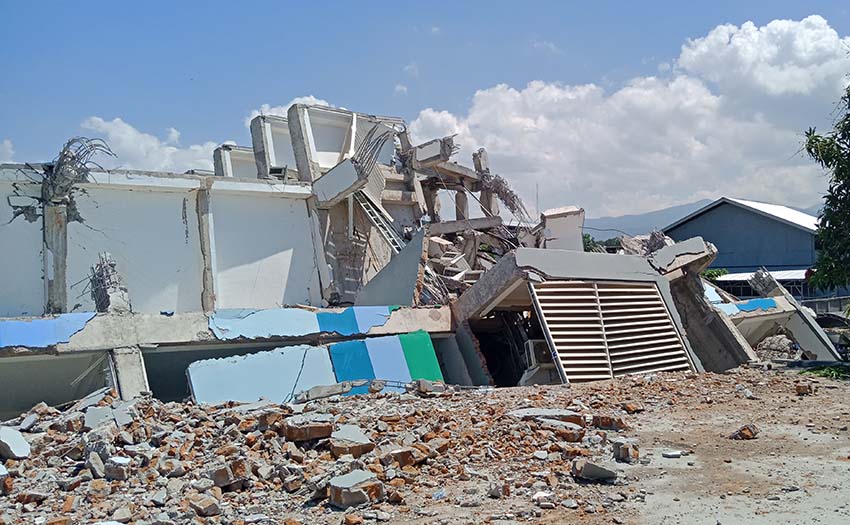 The remains of the Roa Roa Hotel in Palu after the earthquake. Twenty pilots were staying in the hotel, seven were killed. Photo: Yoshi Pasha 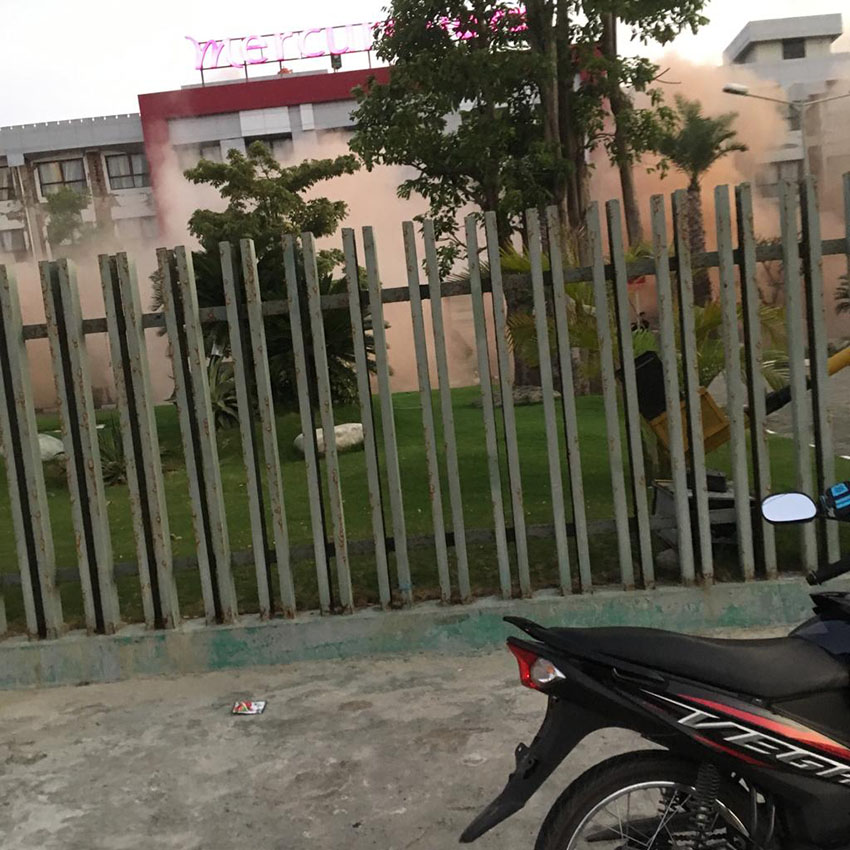 A second hotel where pilots were staying, the Mercure Hotel in Palu, collapsing immediately after the earthquake. Photo: Francois de Neuville 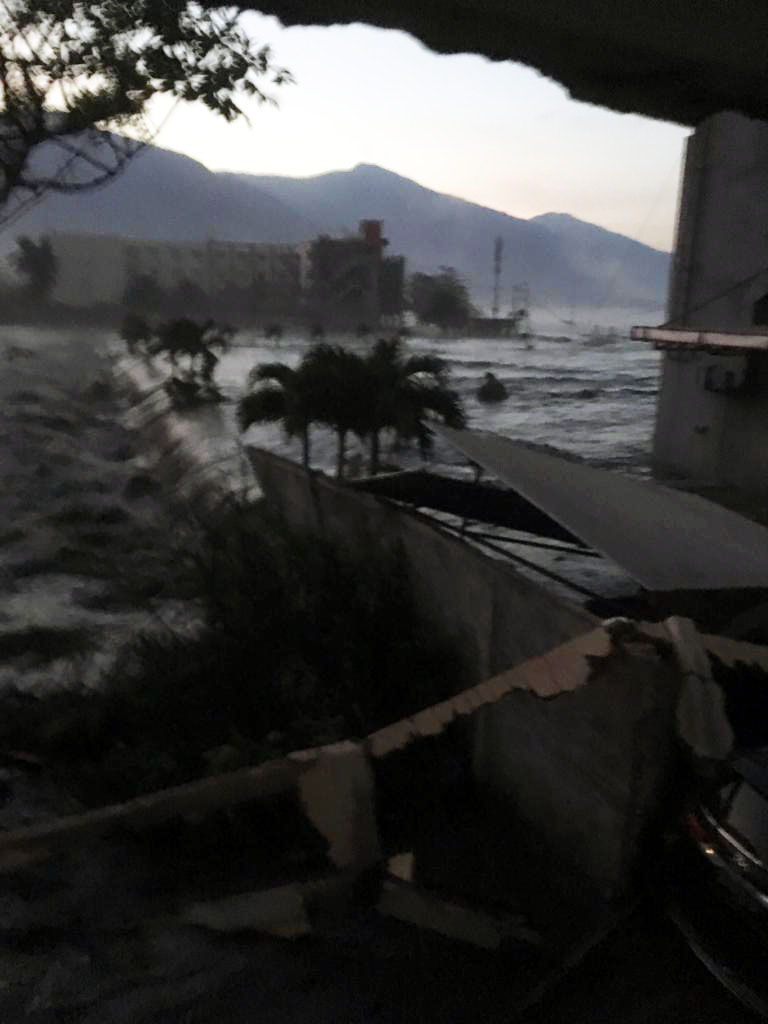 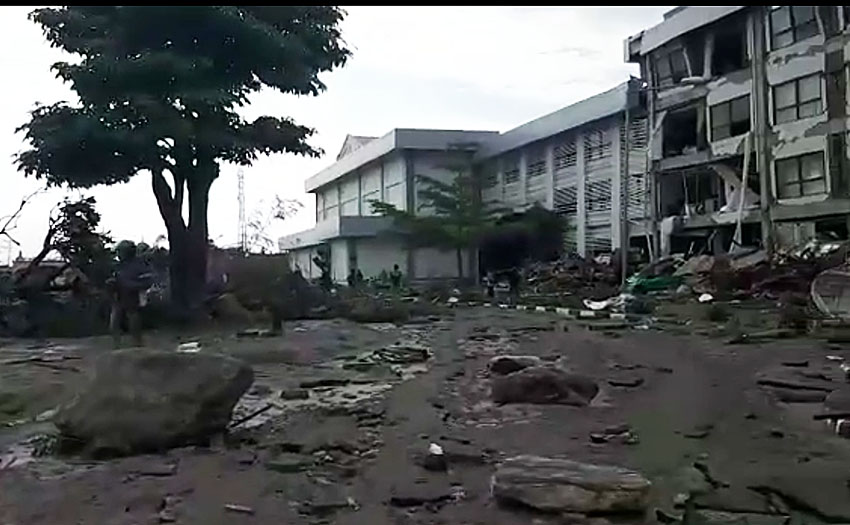 Speaking from his parents’ home in East Java five days after the earthquake, pilot Yoshi Pasha described what happened. “We had a series of earthquakes that day. The first was at 2.30pm. The second, deadly earthquake was about 6pm and we were coming back to our hotel.

“I was lucky because we were outside. But it was really hard to get away from the earthquake. Even standing still is really difficult. You are pushed left, right, forwards, back. It was total chaos for almost two minutes.”

Immediately after the earthquake stopped Yoshi and several friends took a pick-up and headed for the hills, away from the coast. “But it was total chaos. Road blocked by trees, power cables, collapsed buildings. No one could move, the road was jammed. And we were still less than 1km from the beach.”

After “a couple of hours” trying to move to higher ground Yoshi and his team headed back into the city. “We had one mobile network provider still working, so we could get some information from the internet, including the tsunami warning. After the tsunami, after about three hours, we went back to the city to try to regroup.”

They used their paragliding radios to make contact with others, and discovered that pilots were still trapped in the Roa Roa hotel. Yoshi and a friend finally made it to the hotel at 3am, where he found a scene of devastation. “We could hear people calling from inside, but could literally do nothing. All the survivors were trying to help, but we had no tools, no electricity, no light, no heavy machinery. The aftershocks were still coming, the building still collapsing.”

After several hours of fruitless rescue attempts they headed back inland to regroup again and try to make contact with Jakarta. They were eventually evacuated my military plane to Jakarta.

Of their group of 32, seven were dead or missing presumed dead, two were severely injured, and several could not speak from shock.

The Cloudbase Foundation support drive is being led by UK pilot Brett Janaway and aims to raise $60,000 to help the pilots, families, widows and children of the pilots killed in Palu, and also support injured and traumatised survivors.

The funds raised will go directly to the families of the deceased pilots – their most immediate relatives – to help them through the difficult weeks and months ahead. It will also be used to help injured and other affected pilots attending the competition to assist in their recovery, on a needs-based criteria.

To donate, with all your money going directly to the charity and no fees or commission, go here: www.thecloudbasefoundation.org