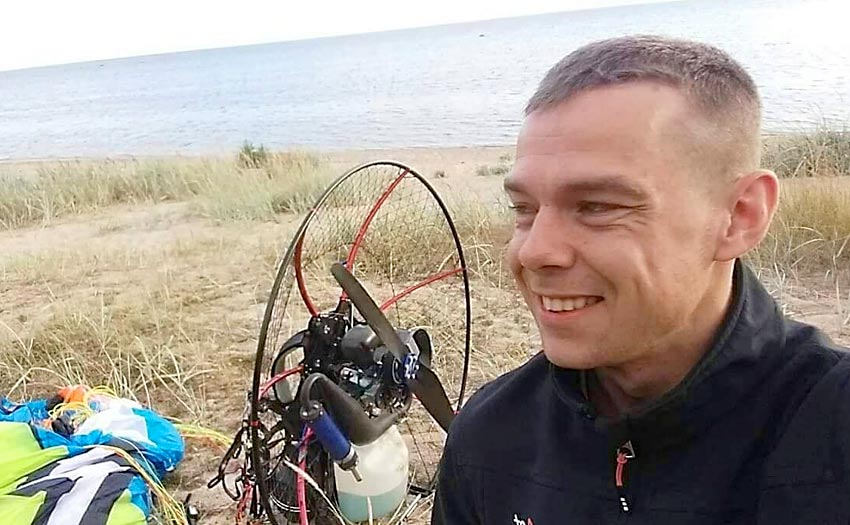 The record has yet to be ratified by the FAI, but it stands to beat Ramon Morillas’s long-standing 1,105km record from 2007 by 27.7km.

Lauri launched from Charters Towers airport in Queensland and followed the Barkly Highway west for 15 hours non-stop, landing near Tablelands.

He flew a Mac Para Paradox 27 paramotor wing, which was loaded on take-off to 200kg including the pilot.

His paramotor was a Zero Gravity HPR225 motor paired with a Power2Fly frame. As well as the fuel he was carrying, “dozens of kilos of electronics, accessories and spare parts.”

He launched with more than 70 litres of fuel – 17 litres in the main tank and a reservoir with 55 kilos of fuel, which he carried in a tank up front.

Under the FAI rules, to successfully claim a new world record he had to launch from a flat field. The video below show the moment of lift-off. Lauri wrote that a nearby storm cloud provided some wind to aid his launch. 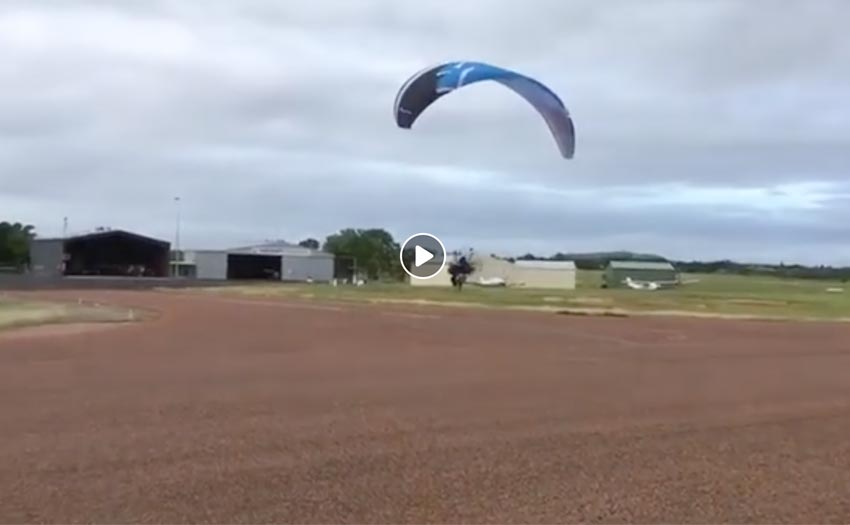 In order to keep flying as long as possible, Lauri had to regularly top up his paramotor’s fuel tank from the reservoir. The system was designed to fuel itself after a couple of initial pumps on the bulb but this didn’t work out and he ended up having to transfer all of the fuel using the hand pump.

Aside from pumping fuel, he was occupied in flight by carefully controlling everything in order to maximise efficiency: the trimmer settings on his wing, climb speed to avoid overheating the engine, cruising altitude (above cloud base, at around  2,000m to 3,000m to minimise turbulence from strong thermals) and to maintain his course, steering around clouds where necessary.

As Lauri’s final tank of fuel was emptying, he did not believe he was going to break the record. As the last fuel drained out of his tank he decided to use his 1,000m altitude to maximise the flight with the longest glide he could: he managed 15km, ending up one-and-a-half kilometres from the road, which meant a two-hour walk-out carrying 55kg of equipment.

Lauri had hoped to achieve 1,200km straight-line distance. His total flight distance was about this, but in a straight line it came to just under 1,133km – enough for the record as long as all of the FAI’s criteria are satisfied. 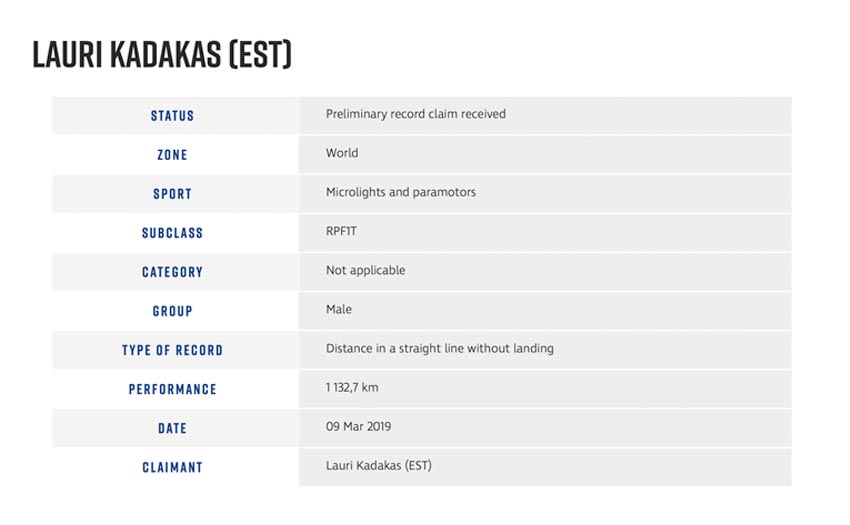