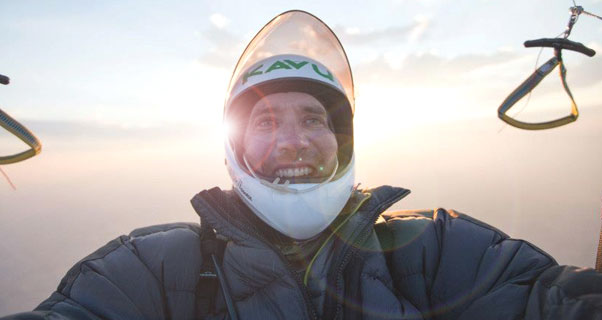 Almost as soon as we had posted news of Nate Scales’s flight in the USA earlier this month, the USA went off, with several 300km+ flights happening one after the other. 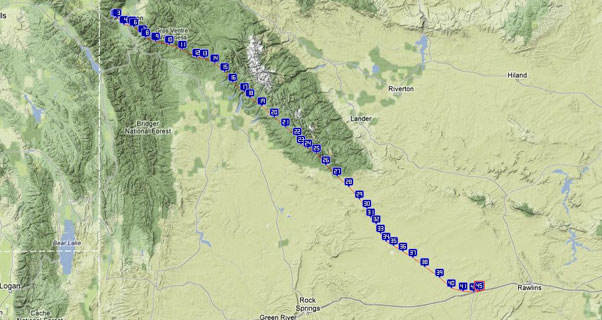 It was an epic flight from my back yard, Phillips Ridge, to near Rawlins, Wyoming. I got to fly with one of my mentors and one of the greatest pilots in the USA, Jon Hunt, for the entire flight! We flew through a high alpine environment, the Wind River Mountains, for the first 150 miles and then flew out over the strangest desert I have ever seen, the Red Desert.

The final tally was 204.6 miles with Hunt going over 200! It took 6 hours and 57 minutes. In the USA Matt Beechinor, Nate Scales, and Chris Galli have all set the record higher and higher in the last month, and we didn’t know if it was possible to go this far launching from Jackson Hole because we normally launch around 1:30. Without the aforementioned relay team this flight would not have happened. It is several days later and I am still dreaming of the flight. It was incredible!

Nick, who is editor of the US’s Hang Gliding and Paragliding Magazine, and long-time Cross Country contributor Kiwi Johnston are writing up the full story of this summer’s race to fly 200 mountain miles in the USA for the next issue of Cross Country magazine, due out 1 September. Expect Fear and Loathing with a twist of lime!