AcroGame 2018 has announced its pilot list – 15 of the world’s best acro pilots going head-to-head in a fast and furious battle above Organya, Spain in the first weekend of August.

Organiser Horacio Llorens said: “The best pilots in the world, a total of 15 top pilots from 11 different countries, will compete face to face in Organyà, to see who is the most technical and daring pilot of the competition and claim victory in the 2018 AcroGame.”

Unlike traditional acro competitions, AcroGame is designed to be run in an afternoon, with pilots constantly in the air, competing against each other to see who can complete each trick best. The winner of each battle moves on to the next round, until the winner emerges. 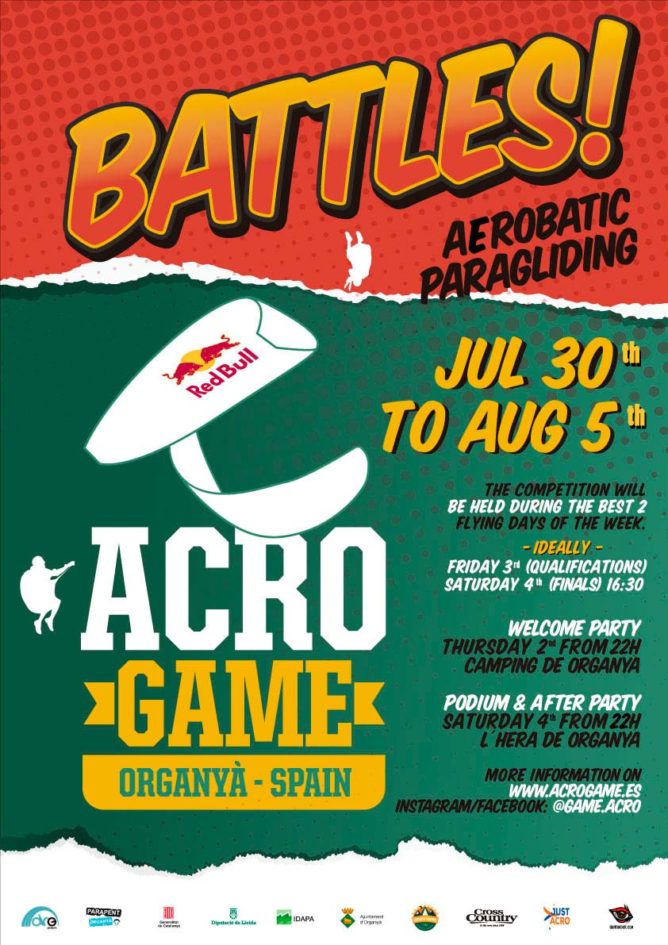 Dates for the competition are from 30 July to 5 August. The competition will take place over the best two flyable days during that period. Preferred days are Friday 3 August for Qualification and Saturday 4 August for the finals at 4.30pm.

Take-off will be closed to non-competing pilots for two hours during the final.