Brazilian paraglider pilot Marcella Uchoa flew a Women’s World Record declared-goal flight of 457km from Caicó in Brazil on 14 October, on her Enzo 2.

The flight documentation has been submitted to the FAI for ratification as World and South American ‘Straight distance to a declared goal’ records. The World record is currently held by Seiko Fukuoka Naville of France, who flew 451.5km from Assu in October 2019.

Marcella wrote on her Instagram page, “I wanted to declare 477, but since this year is not very good, I decided to lower it a little and put the point before the Piauí plateau, with 457.77 km. And it was just like a championship test. With 28km left we were 1400m above the ground, I thought we would reach the limit. But it’s good that the final yielded and we arrived with 400 m to the point. It was very nice to plan this final as if it was a goal arrival, and what a proof!

“Almost 11 hours of flight tearing through the sky of our wonderful backcountry, taking off at 6:56 in the morning from Caicó in Rio Grande do Norte, crossing the entire Ceará and landing in the uniform with Piauí at 17:39! Take off with the sun on your back and make the final plan ahead with it. This is magic to me”. 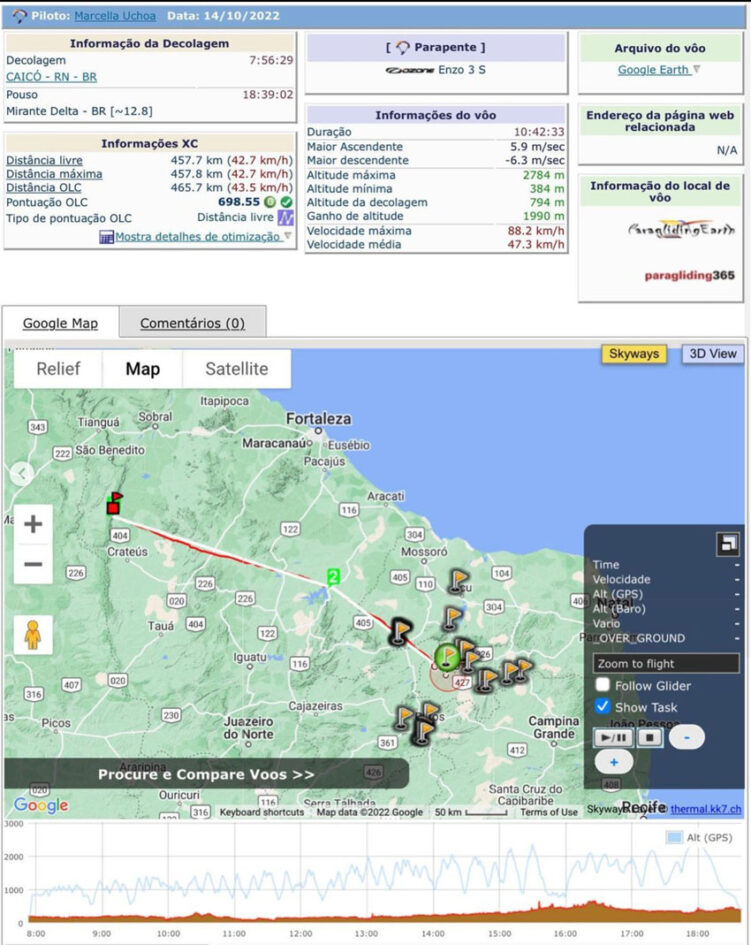