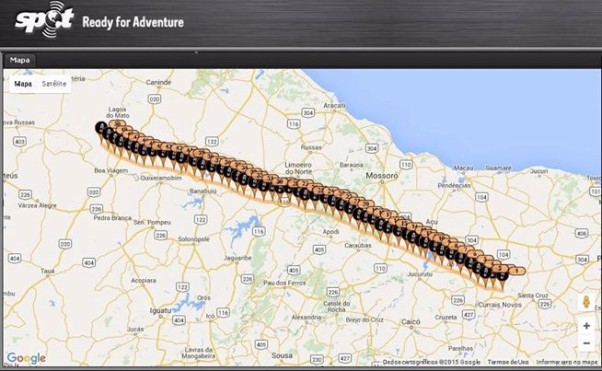 The spot track from the paragliding world record flight across the north east of Brazil, 9 December 2015

Launching from Tacima at 6.20am they spent the next 11 hours in the air, flying together for most of the way. 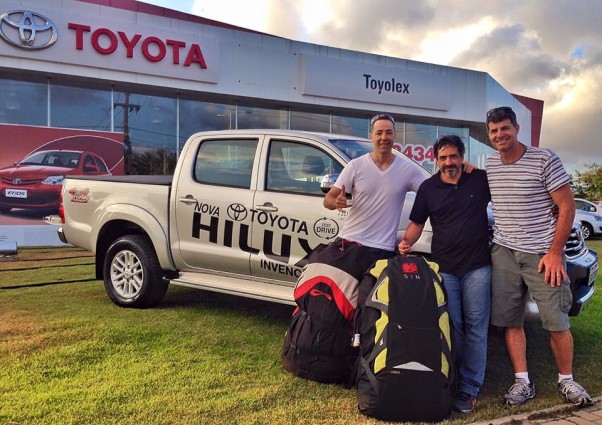 “It was top-end in the gusts when we launched,” Frank said from the team’s XC base in Araruna in Brazil on the Sunday after the flight, “and then it was very weak for the first hour or so, very light, zeroes, 0.5m/s, just drifting with the wind.”

Rafael Saladini also launched as part of the team but bombed out early after only 15km. “It felt like I’d drunk three litres of acid when I landed,” Rafael said, “but I am very happy for my team mates and super happy the world record has come back to Brazil.”

Frank said they had been flying at full racing speed for most of the 11 hours: “Like in a World Cup, for the whole day. You have to so you can use all the day. That was the plan, to take off very early and use every hour of the day until the sun set.” 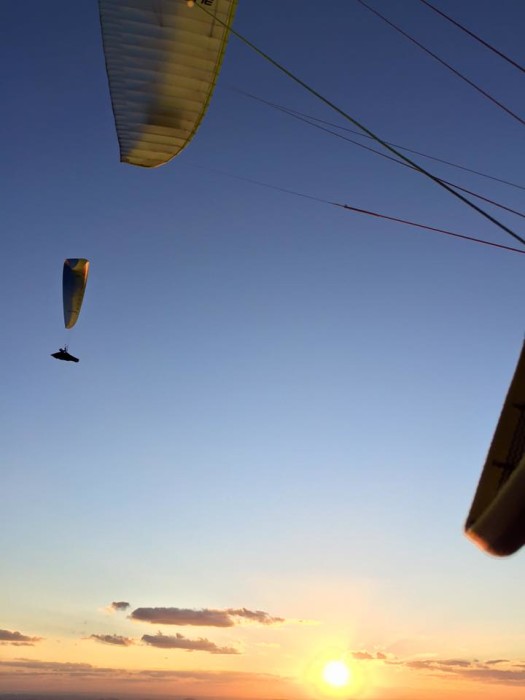 The north east is famous for allowing very early take off, with thermic conditions starting very early. It is not unusual for pilots to be in the air by 7.30am.

Tacima is a relatively new destination for XC pilots: the better-known Quixada is 400km north west of Tacima and is where most record-hunters have gone in the past.

The huge XC distance potential of Tacima has only been revealed in the past few years. Hang glider pilots have flown over 500km from the site, including setting the South American HG record of 578km on 15 October 2013. 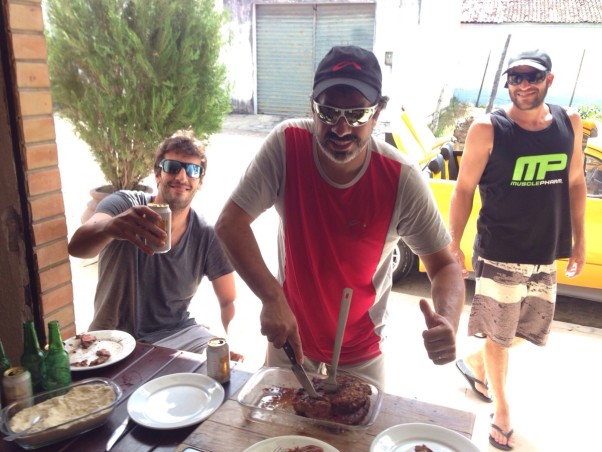 Donizete Lemos barbecues the steak on the Sunday after the record flight. Photo: Frank Brown

Key to setting the new paragliding world record was “flying as a group” Frank said. “We took off together, flew together a lot of the time, and landed together in the same field.”

The pilots’ tracklogs will now have to be validated by the FAI. The current paragliding world record was set by Nevil Hulett on 14 December 2008. He flew 502.9km from Copperton after tow launching.

Look out for a full interview with the Brazil world record team in issue 166 of Cross Country magazine, out in early November.