The current issue is 124

TRANS HIMALAYAN HIGHWAY
Since his first flights Indian pilot Adie Kumar had a dream: to fly across the Indian Himalaya. This spring, over two glorious weeks, he and six other pilots vol bivouaced the now classic Indian traverse to realise that dream

COAST TO COAST
Armed with paragliders, a winch and a rusty old Mercedes, three men set out to traverse South Africa from west to east. 1,000 km later, having met scorpions, tribal warriors and full on flying, they finally smell the sea

ON THE ROCKS
Ground handling. A discipline in itself? Test pilot and acro lord Mike Kung thinks so. Mike demonstrates how extreme it can get to Giorgio Sabbioni and explains a technique that we all should know

THE BUDAPEST BOYS
From the backstreets of Budapest to the highest podiums of acro, Gábor Kézi and Pál Takáts have made their dreams come true. Bob Drury talks to them about their journey from schoolboys to acro stars and their new film, Adrenaline and Turbulence

BETWEEN THE SHEETS
“Usable performance” is the catchword at Ozone when they talk about their latest serial class racer, the Mantra M3. Bob Drury takes it out for a spin to see if the product stands up to the hype

Plus all the usual regulars and news including  the new products and part five of Granger Banks’ fascinating paragliding novel, The Third Protoype. 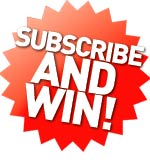