The current issue is 121

DRAGON SLAYING
On 14 December 2008 Nevil Hulett lined up his knowledge of the South African sky with his even greater paragliding experience and had his girlfriend tow him out of a dusty track with his 4X4 truck. Seven and a half hours later he landed with the world’s first 500 km paraglider flight beneath his belt, and two world records

CRASH TEST DUMMY
If one man knows exactly how tight a stranglehold Germany’s DHV have held over paragliding certification in the last few years, it’s Paratest’s owner and main test pilot Alain Zoller. Marcus King talks to Alain about the old days, the battle to liberate certification from the DHV monopoly and the bright future ahead

PACIFIC PARADISE
The crew of the Discovery are searching for heaven. With a yacht rammed to the gunnels with toys, they stumble upon a tropical island in the darkest backwaters of French Polynesia and taste the raw beauty of flying in a truly Pacific paradise

HITCHING A RIDE
Put a genius paraglider pilot and a pro-skier together in Europe’s finest mountains, give them both a fair dose of their own medium to work their magic on and, abracadabra, you have a brand new sport. Ladies and gentlemen, please put your hands together for the invention of parafreeriding

WHETHER THE WEATHER
‘If we could see the way the air moved we’d never take off’ is a phrase oft coined, yet if we could see it we’d learn more in an hour than we would in a day of studying the invisible. Honza Rejmánek explains how the latest LIDAR scanners let us see thermals and explains what they can tell us about thermal formation and structure

FEEL THE FORCE
When Horacio Llorens was crowned the 2008 paragliding acro world champion last year it was no surprise that he, like the innovative and highly decorated forefathers of acro, the Rodriguez brothers, was another Spaniard. However, that he was their cousin suggests that perhaps there’s more to becoming an acro legend than just practice. Ed Ewing profiles the new lord of acro

TAKING IT EASY
Does flying the hottest comp wing give the majority of us any more than the fear? Does being the boldest pilot in the club guarantee to make us any more than just not the oldest? David Dagault uses his twenty years as a competitor, test pilot and designer to argue that pleasure and performance are further apart than many believe, and that passive safety, comfort and a perception of ourselves are the true paths to getting the most out of our sport

Plus all the usual regulars and news including  the new dedicated hang gliding sectionand part two of Granger Banks’ fascinating paragliding novel, The Third Protoype. 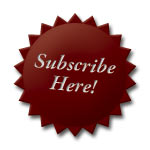