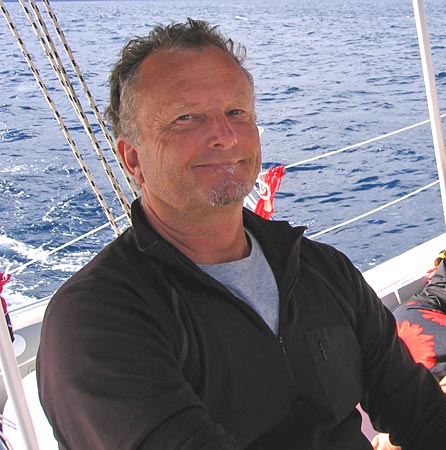 Hans Bausenwein is the new Chief Executive Officer of the Paraglider Manufacturers Association (PMA). He has been involved in the sports of hang gliding and paragliding for a long time, and is well known by many pilots for his business activities as well as his sporting achievements.

A longtime member of the German National Hang Gliding team, Hans has recently returned to comps as a paraglider pilot, and just a few days ago achieved two FAI triangle flights of 200 and 205km from his local site, Hochfelln, aboard his Gin Boomerang 5 on two consecutive days, May 12 and 13.

He has worked in the sport since 1981 when he founded Aerosport International GmbH, distributor of Hang gliding and paragliding equipment in Germany and Austria. In 2006 he contributed to the paragliding comp scene in his creation of the XC Open World series (www.xcopen.org)

A former member of CIVL and the German DIN working group for paraglider test standard, he says his plans for the PMA include the achievement of a worldwide unified certification standard, to promote safety in the sport.

From a German point of view he would like to create an annual trade show/exhibition for the German speaking part of the world.

Hans says he is looking forward to working for the PMA and to attracting new members, using his “dedication and experience to contribute to a successful future for the sport of paragliding”.