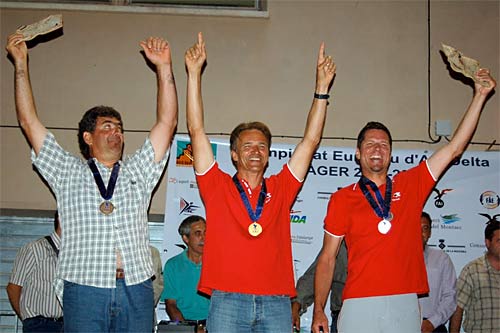 Ager saw great conditions. Nine tasks were flown, ranging from 67 km to 193 km, offering a range of conditions from weak, stable days with low cloudbases at the beginning of the comp, to good, strong climbs and high cloudbase days allowing nearly 200 km to be flown in three-and-a-half hours by the top pilots.