There have been several fatalities lately caused by paraglider pilots taking off with their harness leg straps open, or by misjudging their altitude over water. Following investigation into these cases, the DHV have issued the following safety advice for paraglider pilots.

On 11 July 2010 a fatal paraglider accident occurred in the Tegelberg area, Germany. A 19-year-old pilot forgot to close the leg straps of his race harness prior take off. He was able to hold on to the harness with his arms until he flew over the lake Forgeensse. There he lost his grip and fell out of the harness into the lake. The fall from 60 to 80 metres height was fatal.

The DHV tested the harness in respect to restraining safety. It showed that the restraining safety function, to prevent a take off with open straps, is not always given with race harnesses in combination with a speed bag.

Below is an excerpt of the accident report.

The complete report in German language is posted in German on the DHV’s website.

The Gin Gliders Genie Race is an aerodynamically-optimised harness for competition pilots and performance oriented cross country pilots. It is in some features significantly different from common harnesses. Additional features, like speed bag and front cockpit with according latches, do create a relatively complex operation situation. The harness has a leg-breast strap combination with two latches on the breast strap. As soon as at least one of the breast straps is locked, there is a restraining safety against falling out given.

With common harnesses that incorporate the same restraining mechanism of the straps as the accident harness (a so called “Get-Up System”), a take off with open leg straps is not possible. First of all, the pilot would physically feel that the straps are not locked; second the launching paraglider would simply pull the harness up away from the pilot. 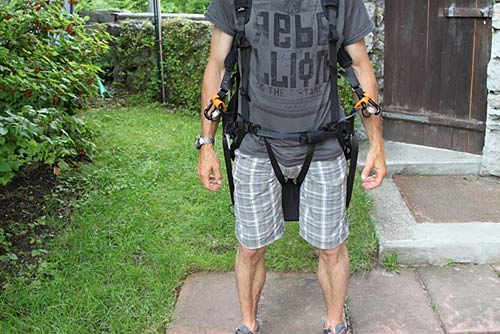 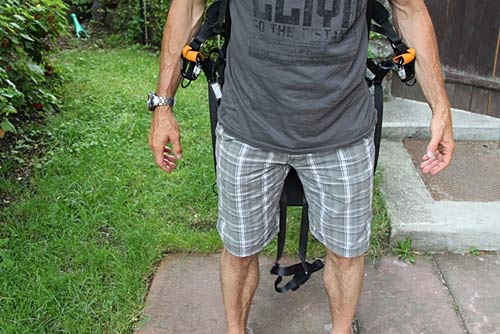 Picture 2: With this type of harness, a take off with open latches/straps, as shown, is almost impossible.

On the contrary, race harnesses like the Genie Race with closed speed bag and front container can mean the pilot feels locked into the harness even with leg and breast straps open. The pilot’s view of the locking mechanism is almost completely blocked by the cockpit and the speed bag, and he is unable to see or feel if his latches are open or closed. It is also obscured to bystanders, so other pilots are unlikely to notice. The straps are not visibly hanging down between the legs, as with common harnesses (pic. 2) but they are hidden inside the speed bag. 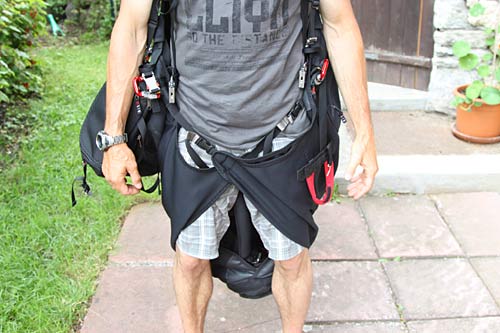 The relatively tight neoprene speed bag gives the pilot a feeling of being closely connected with the harness, even with a completely open restraining mechanism. The pilot in the picture is an experienced XC pilot and was not able to feel whether his latches were open or closed. 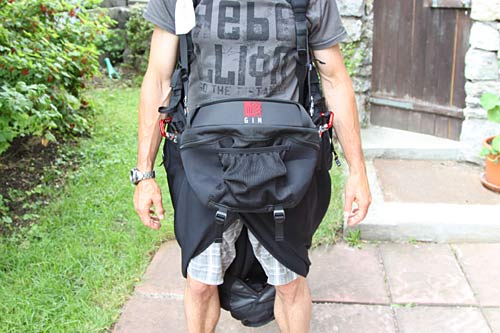 The attached cockpit enhances the impression that everything is correctly locked in place, for both the pilot and for third parties that may check him over visually. The open restraining straps are barely visible inside the speed bag and are hard to notice.

The judgment of flying altitude over water is a lot more difficult than over land. The relations of natural environment versus buildings do allow a rough judgment of altitude over land. This is different over water. There are no clues for an altitude judgment. A deadly accident happened in fall 2009 in Nepal with a deputy flight instructor. He intended to jump out of his harness into a lake at low altitude. He misjudged the altitude big time. The impact on the water surface from a 15 to 20 metre fall was so intense that he drowned immediately and was found dead some days later. 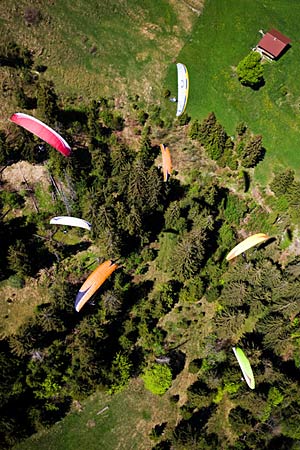 Picture 5 (Photo: Martin Scheel, www.azoom.ch): The magnitude relation of trees and buildings allow a judgment of altitude over land. 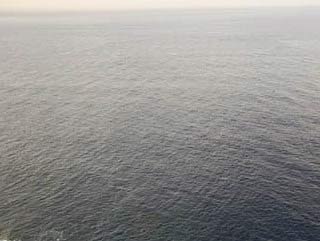 Picture 6: It is different over water. It is difficult to tell whether you are 20, 50 or 100 meters above the water.

For all paraglider pilots

• No take off without 5 step take off check.

• If you put on your harness, lock all straps completely – never close it only partially.

• Taking off with open leg straps does need immediate action! Try to steer your glider sideways into the mountain, even if risking a possible injury.

• “Abdominal Pull Up” is a possibility to get back into the harness. But during tests only 50% of the pilots were able to perform such an exercise.

All of these points can be seen on this video

Never jump out off the harness. After opening the straps, wait for impact on the water to get away from the harness.

During the accident investigation we learned of some other happenings with unlocked straps/latches with harnesses of these types. The potential danger seems to be a lot higher than with common harnesses due to the fact that the pilot gets a feeling of being correctly locked in by the closed speed bag. User of race harnesses should be aware of this danger.

• The leg and breast straps have to be closed prior connecting the cockpit and closing the speed bag.

• When performing the checks, the point: „straps locked” should be performed by physically touching the barely visible latches.

Request to manufacturers and test centres:

This accident showed that proven and tested locking mechanisms with restraining safety features, like the Get-Up System could fail on race harnesses with speed bags and front cockpits. The safety of the Get-Up System is based on an impossible take off with open straps. This feature is impaired with race harnesses with speed bags due to the fact that the closed speed bag (that attaches the harness like a breast strap) enables a take off without pulling the harness away from the pilot.

We encourage the harness manufacturers and the test centres to meet the concerns of these findings and incorporate them into the construction process and test procedures of harnesses.