What do you want from free flight? A little daily magic? To push ever further? To become a pro? Whatever your dreams, this issue is about chasing them – safely, efficiently and with the biggest smile on your face. 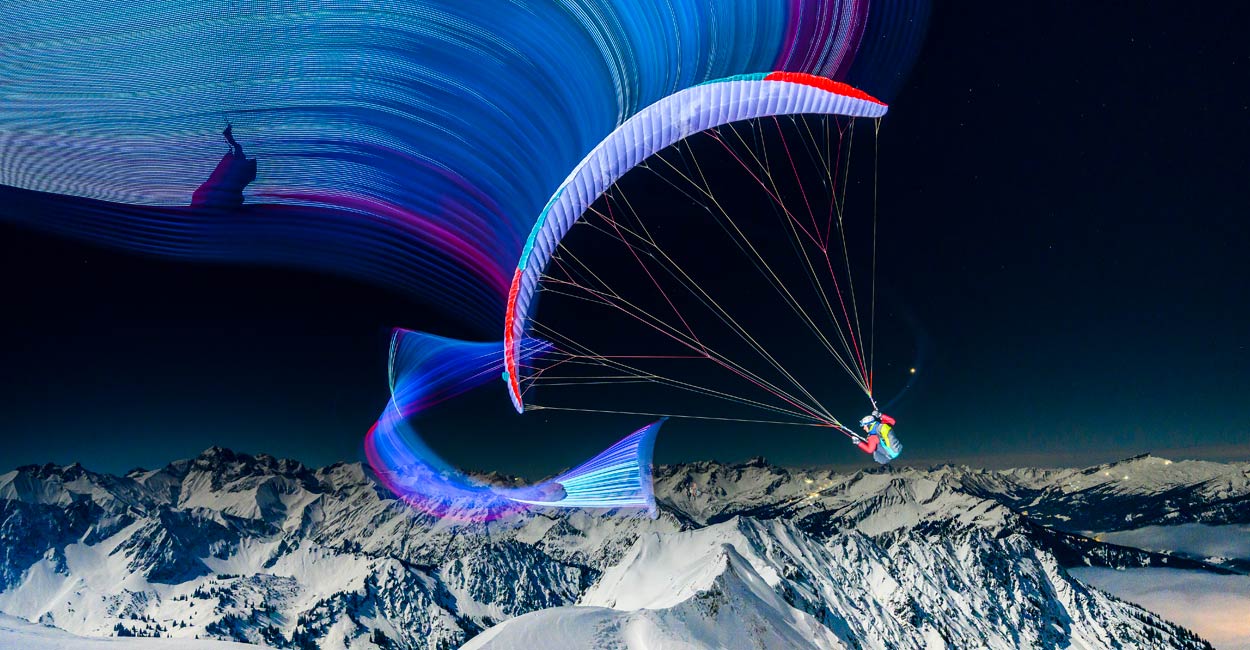 “The people in the refuge thought they’d seen a UFO. I think they were relieved to discover we were just three ordinary people with a very strange project.” Adi Geisegger reveals how he turned a moonlit winter’s night – and a big dream – into a piece of pure photographic magic. 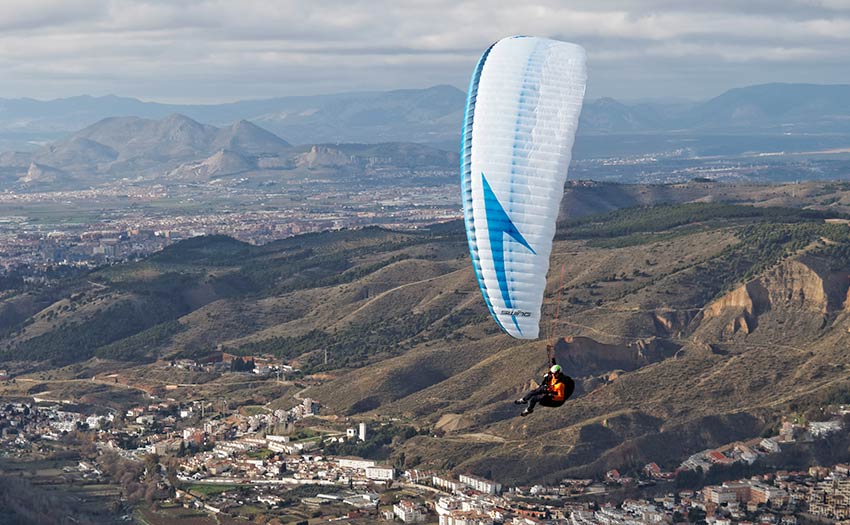 “This beautiful glider really stands out in its potential for hike-and-fly and adventure flying. It’s light and compact, but still durable, incredibly easy to launch and land in tight spots, and very good at sniffing out lift in light conditions.” Swing’s lightweight EN-C Helios RS performance wing is a great way to see in the new season, says Bastienne Wentzel. 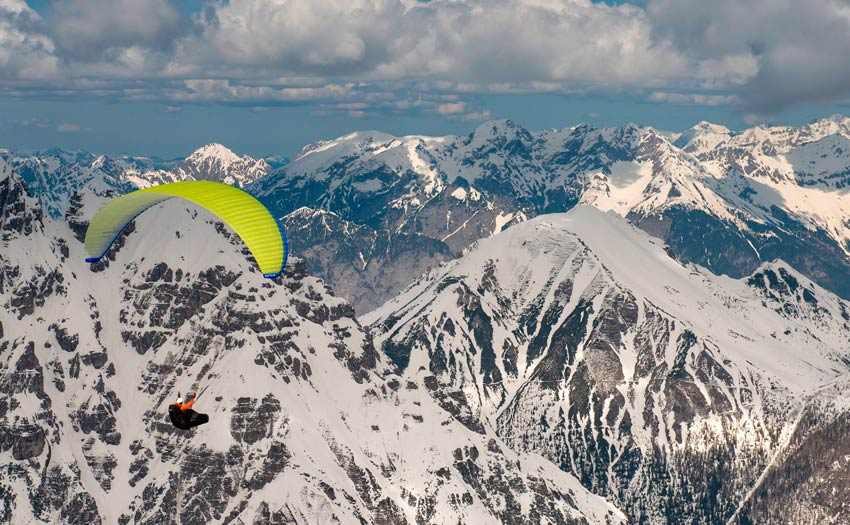 “I’ve yet to have a flight that I recounted for an expert friend where there wasn’t something I missed, something I could’ve done better that I didn’t recognise as an area for improvement. Think of the implications of that!” ‘Intermediate syndrome’ can have dangerous consequences and threaten your development, says Nik Hawks. It’s time to get real! 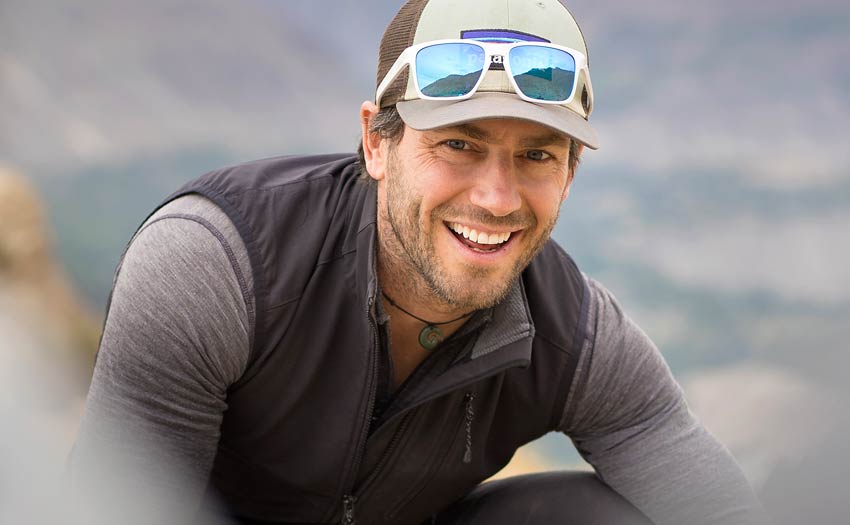 “I’m comfortable in the mountains I guess – landing out, having to walk far. Every time I fly, I’m flying with the gear I need to hike out or spend the night out.” Pilot and climber Colin Leggett reveals how he went from flying newbie to vol-biv pioneer in two extraordinary years. 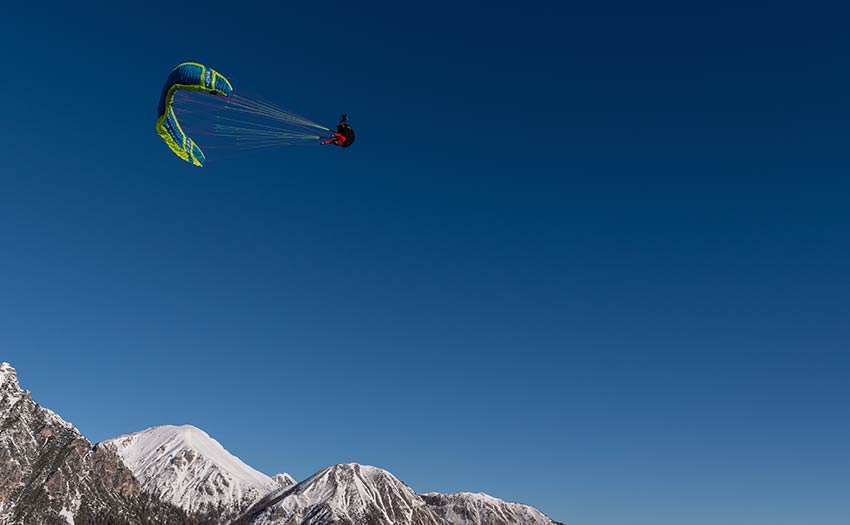 “The list of people who want to take your job is endless and they will do all they can to do so. You have to fight for it, every day until you retire.” Want to go pro? Théo de Blic shares his top tips for turning flying into an honest living that pays for more than just your landing field beers. 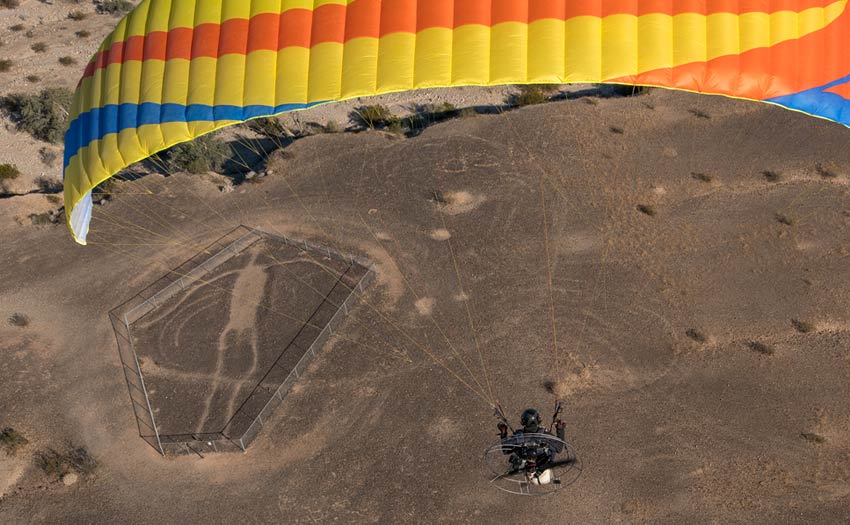 “Why would humans create art that is best viewed by powered paraglider long before the powered paraglider was invented?” Who knows, says Jeff Hamann. But flying a paramotor over the world’s most spectacular geoglyphs is pure aerial inspiration. 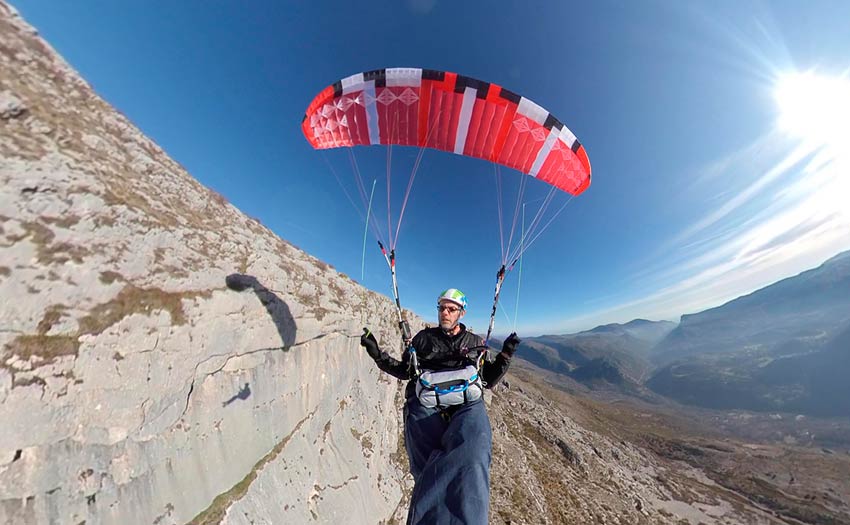 “It’s a great all-rounder – not the lightest for hike-and-fly, but easy to pilot, combining the advantages of single-skin wings with nearly the same performance as double-surface wings. And it’s a good option for a bit of paramotoring, too.” The Dudek V-King is a hybrid single-skin wing for free flight and PPG. Let me have a go! says Marcus King. 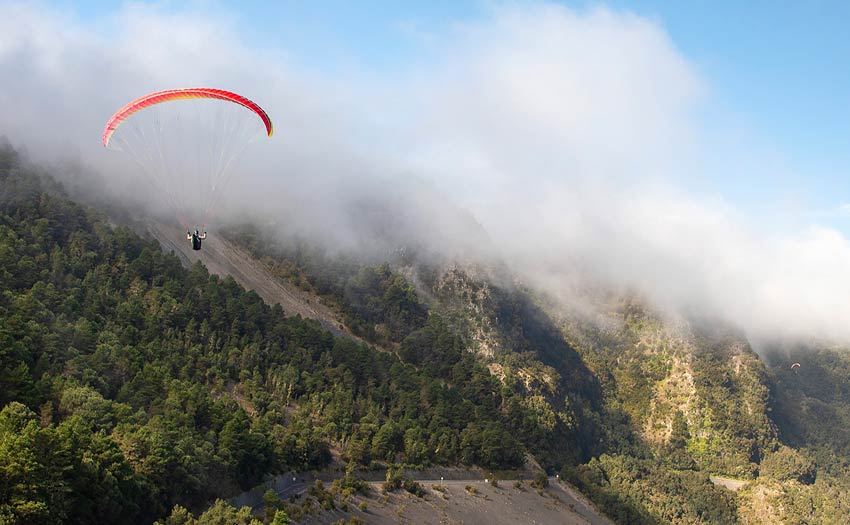 “Fog is a cloud with a heart of stone. It is the worst type of cloud to fly in and grounds most aircraft simply because it is hard to avoid what you can’t see.” Meteorologist Honza Rejmanek on the perils of foggy flying – and how to predict the conditions to avoid. 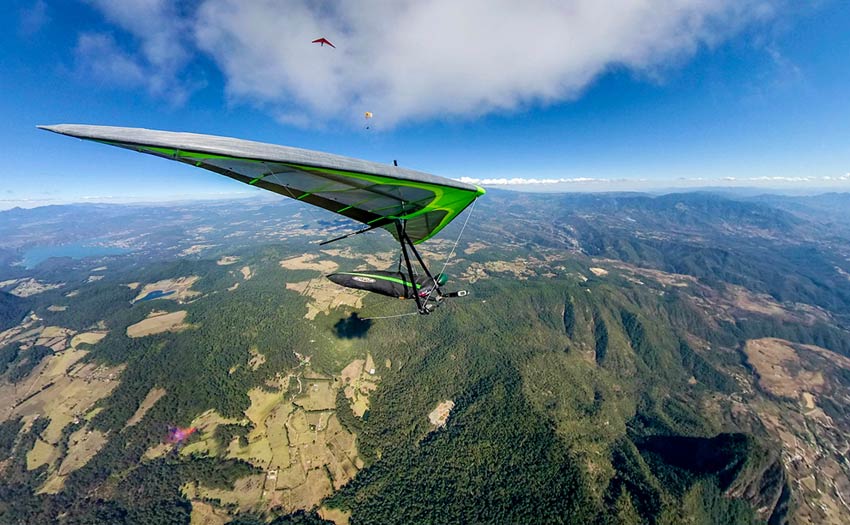 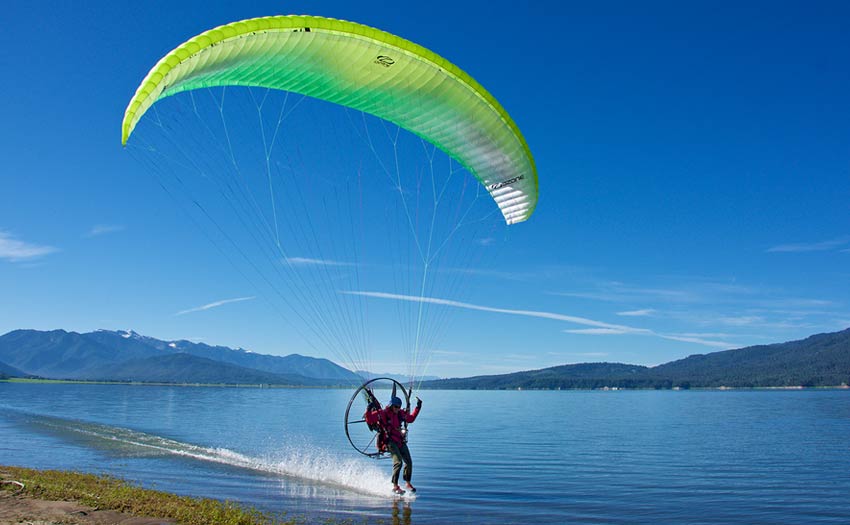 “Is there a good time to take on the challenge of advancing or pushing your skill level? Absolutely: when you’re passionate and ready. Mostly it comes down to a risk/reward choice that nobody else can make.” Get a coach. Pick benign locations. Build slowly. Powered paragliding guru Jeff Goin reveals how to advance – safely. 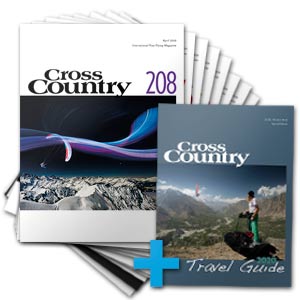