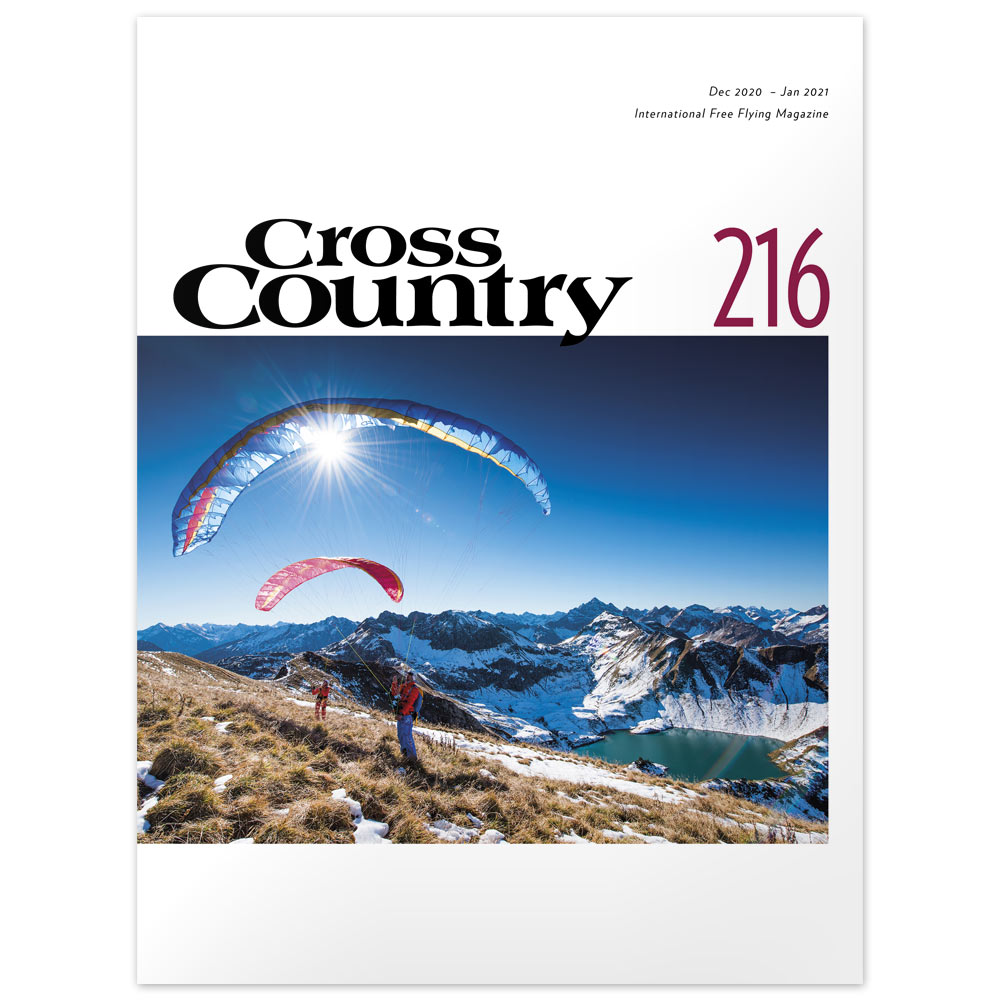 From flying volcanoes in Guatemala to chasing dragons in Brazil, the December/January issue is out now. Here’s what’s in Cross Country 216. Cover photo: Adi Geisegger 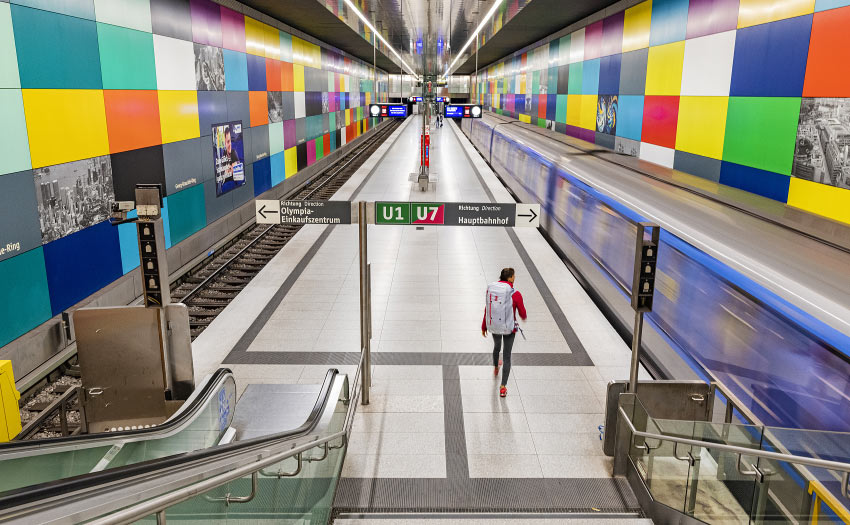 Cross Country 216 opens with a kaleidoscope image from Jerome Maupoint – yep, that’s the U-Bahn in Munich, Germany at six o’clock one Sunday morning. When others are asleep, we’re up and at it – heading to the hills! 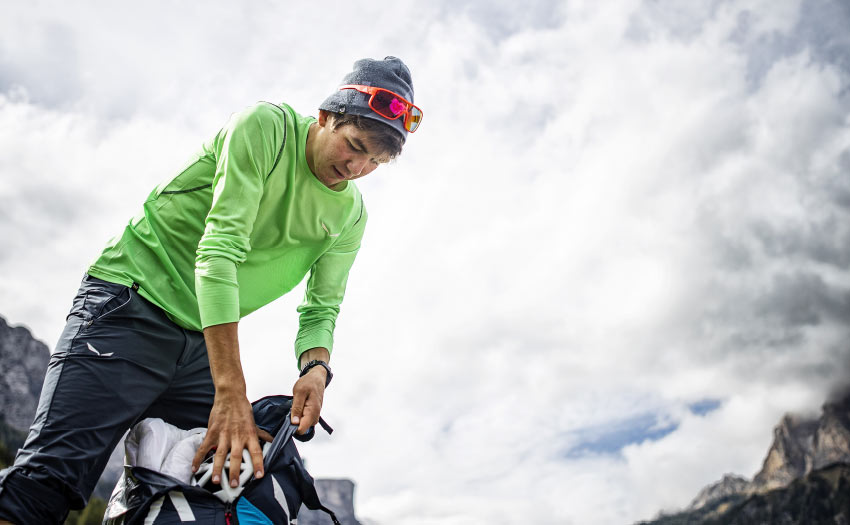 One person who knows all about that is Tommy Friedrich. The 19-year-old Skywalk pilot is the youngest pilot ever to be accepted to take part in the Red Bull X-Alps. We talk to him about learning to fly and, after taking over his dad’s flying school earlier this year, taking on responsibility at an early age. 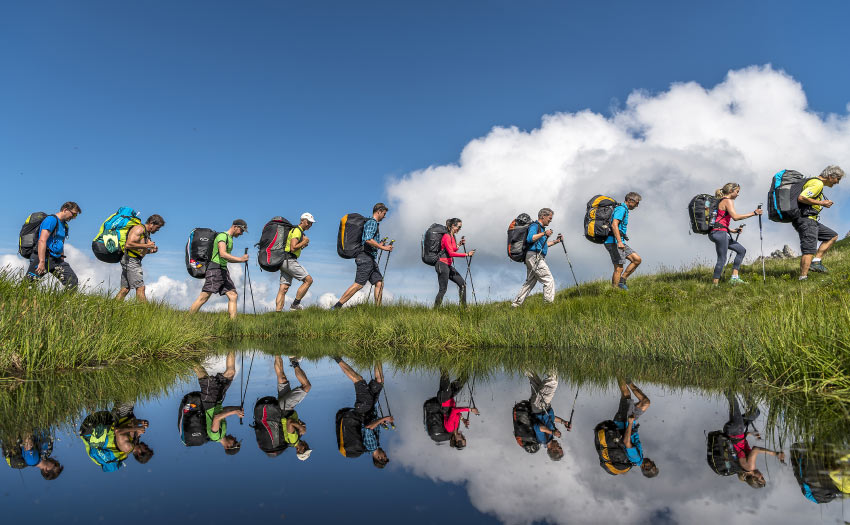 The Mini Guide to Hike and Fly is for those who don’t want to race but simply want to head out into the hills for some fresh air and exercise. We look at how to cut weight without hammering your bank balance. Photo: Adi Geisegger 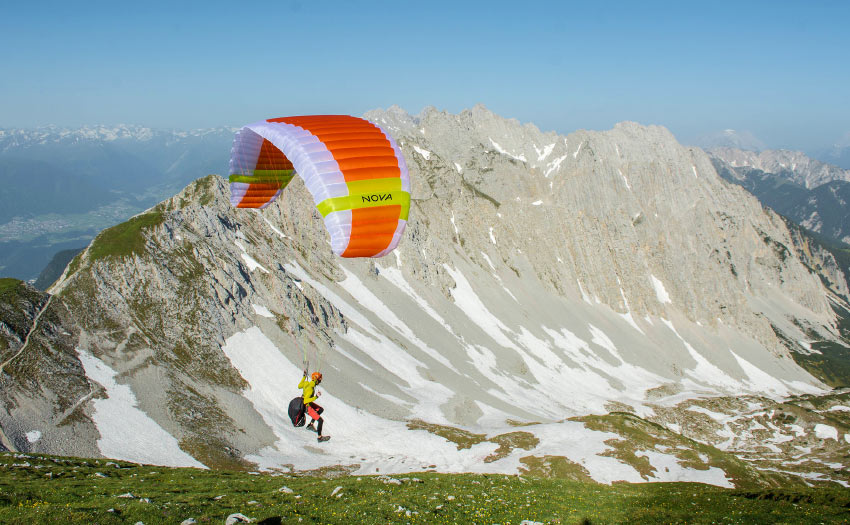 “Top landing is a big deal,” says Théo de Blic this issue as he sets out 10 ways to get good at this special art. “Learning to top land confidently really opens up the mountains for you.” Photo: Nova 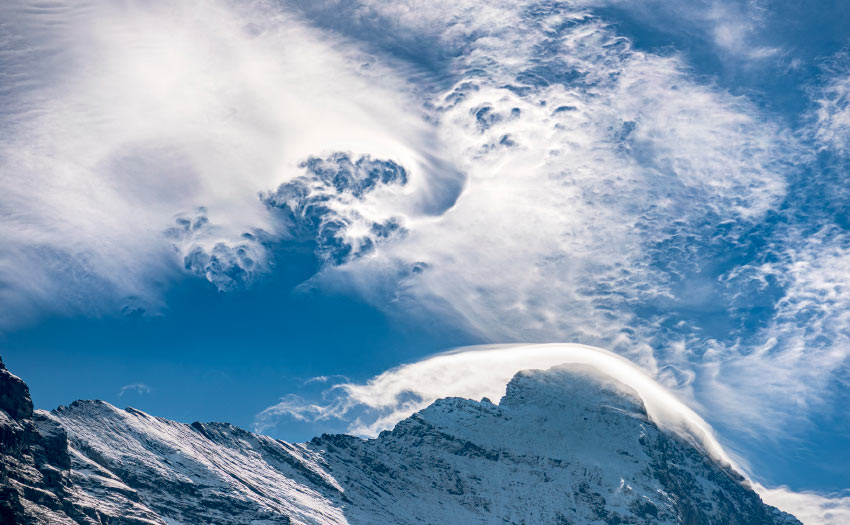 What’s going on in this photograph of the sky above the Eiger? And should you be flying? Our resident weather expert Honza Rejmanek unpicks and explains this image from Andi Busslinger. 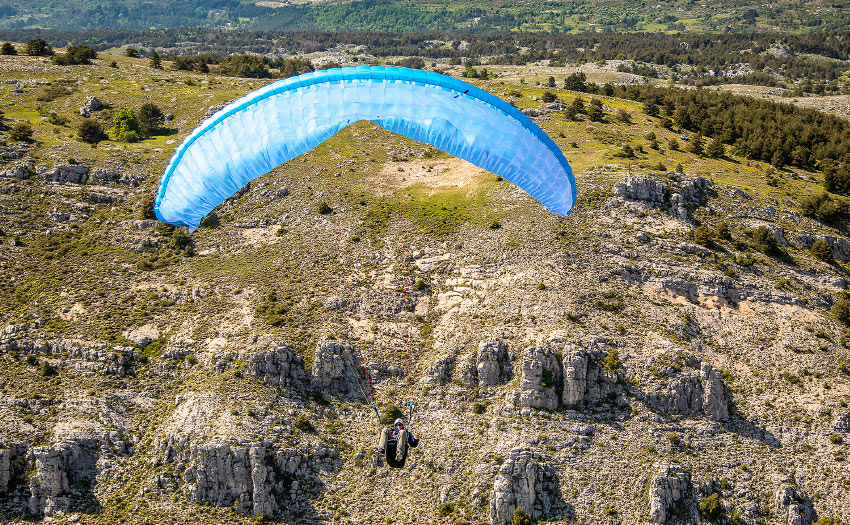 Malin Lobb has some advice for all you experienced pilots out there who have been flying for years but have never done an SIV course. “Come on, it’s time!” he says as he explains how SIV courses have changed and what time-served pilots can get out of them. 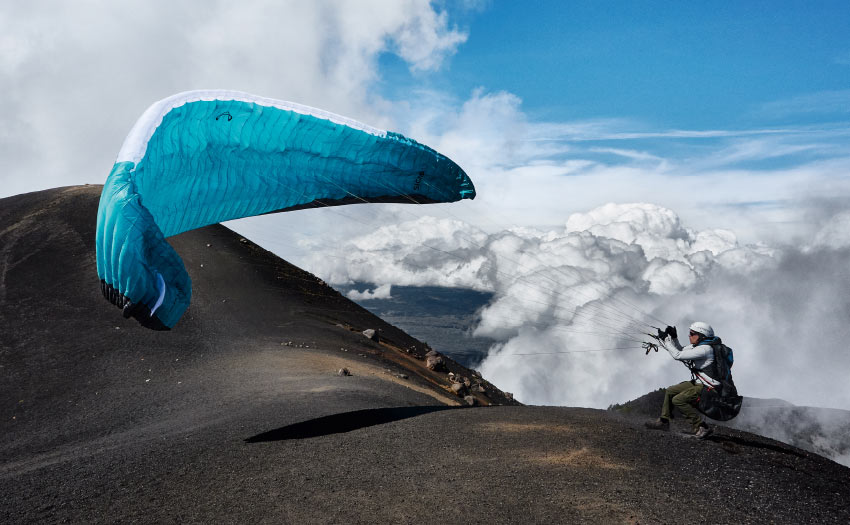 Is this heaven or hell, asks Felix Woelk as he and Pablo Heidenreich fly from the summit of a 4,000m volcano in Guatemala, navigating fohn effect, tropical seabreezes and a cauldron of convergence in one spectacular flight. 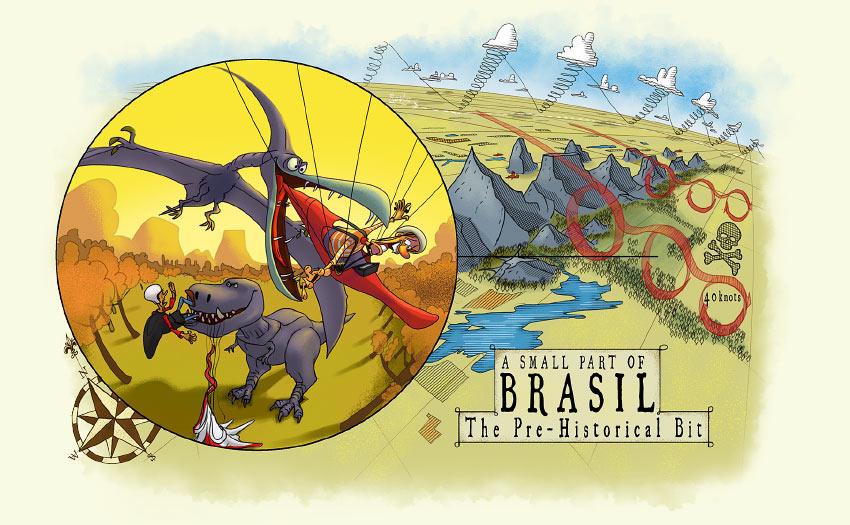 No one captures the spirit of paragliding like paragliding guide and illustrator Steve Ham, so there was only one person to turn to when we wanted to illustrate former British champion Craig Morgan’s adventures in Brazil. Craig joined a multinational team of pilots last year to chase distance in the Brazilian northeast – “Would you? Could you? What’s it really like to go dragon hunting in Brazil?” 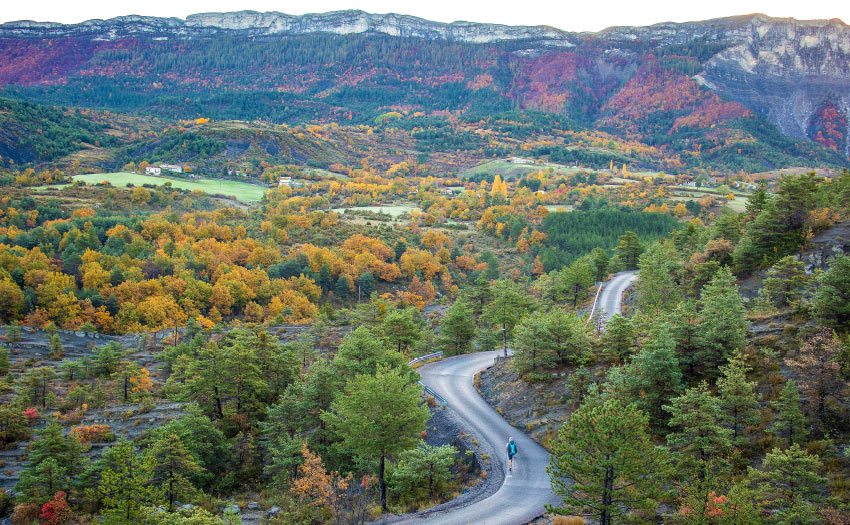 X-Alps, Eigertour, X-Pyr… forget about them. Marcus King lets the train take the strain while staying local during for this unique adventure race in the south of France. Photo: Charlie King 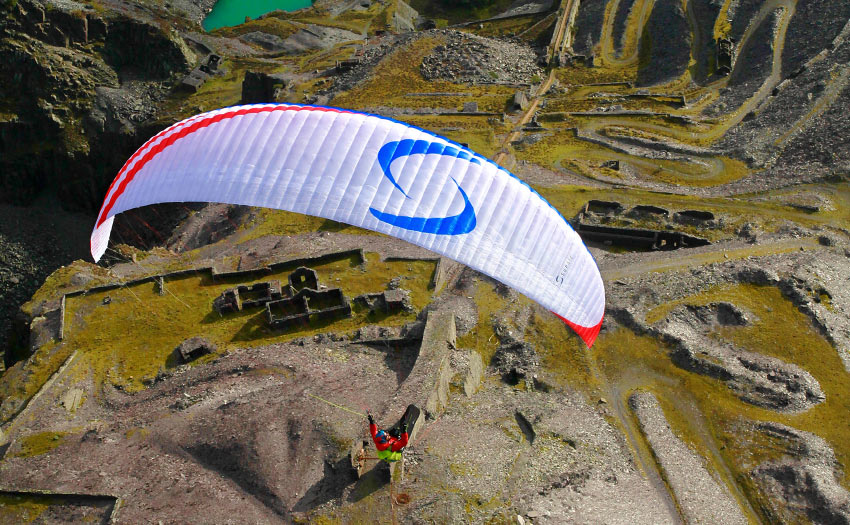 We welcome new review pilot Dougie Swanson-Low to our team this issue. An experienced vol-biv pilot the new Super Savage (EN C) proved the perfect glider for him to fly. “It hits that sweet spot in both performance and climb.” Photo: Gareth Aston 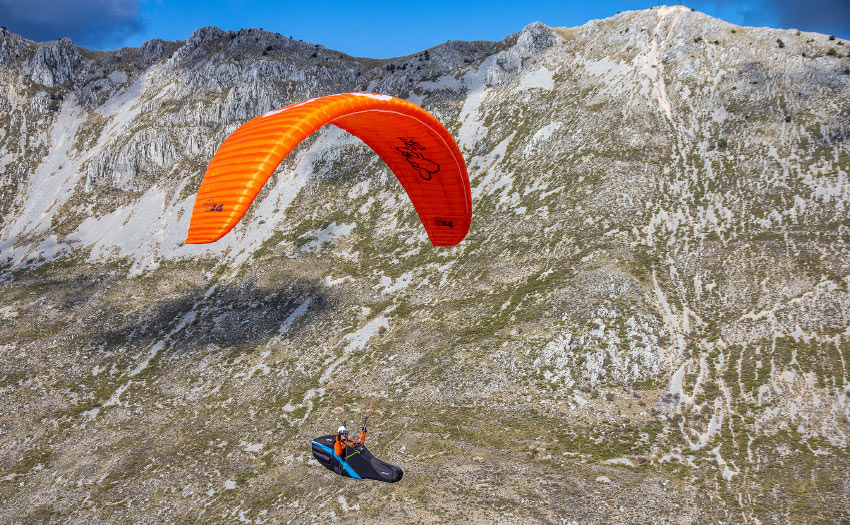 We also review Little Cloud’s new Urubu. This lightweight sports class glider is for pilots who want a performant wing for XC, hike-and-fly, vol-biv or travel. “In terms of performance and security we seem to be getting our cake and eating it.” Photo: Charlie King 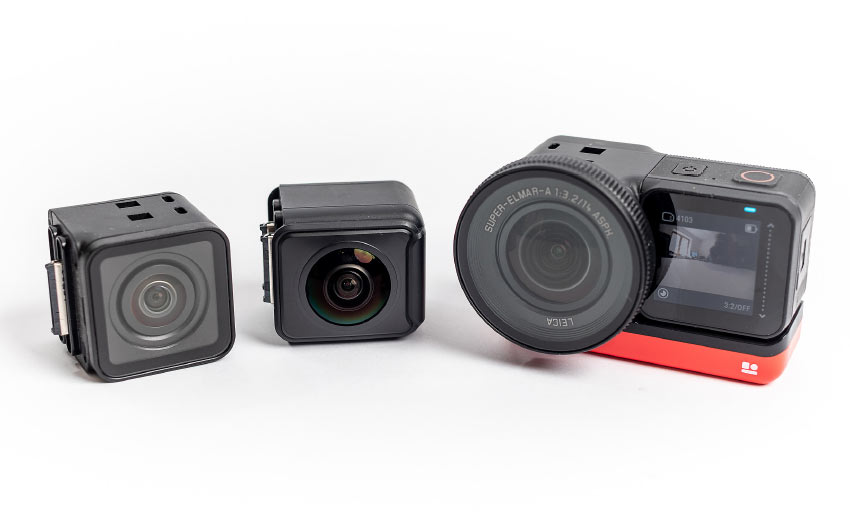 And finally – the Insta 360 is an action cam and a 360 camera all in one. But what’s it like to fly with, and should you ditch your GoPro for this new kid on the block? Our reviewer breaks it down.