Daniel Jones won the British Open Paramotor Championships which were held in Lincolnshire, UK from 7-9 July 2022.

Dan is from the UK, so won both the Open and the British Championships in just his third year of competing at this level.

Bene Bös had a title to defend in the Open, but was not back to full health after a recent Covid infection and sat out a task on the final day. This meant he lost his top position, finishing in third place in the Open, but he will be back, and encourages others to do the same. Bene wrote:

“It was a great competition with a nice atmosphere, great sportsmanship and professional scoring. I can only recommend everybody to go there next year to try the British Format which is a mix from Endurance and Classic competitions with lots of airtime”. 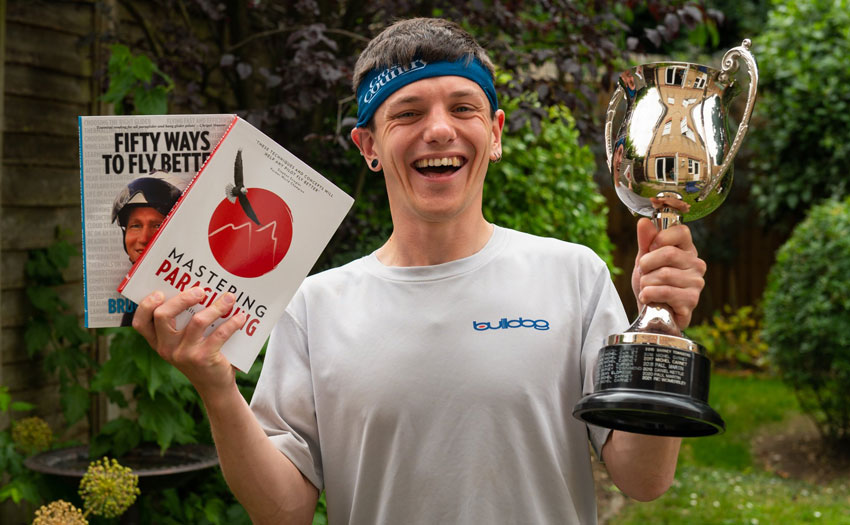 As well as his trophy, Dan won an XC Shop voucher which he has spent wisely! He says, “I’m always keen to push my progression, and what better way to focus on my weakest points than to pick up some learning materials to aid my practice over the next year?” Photo: Facebook / Daniel Jones