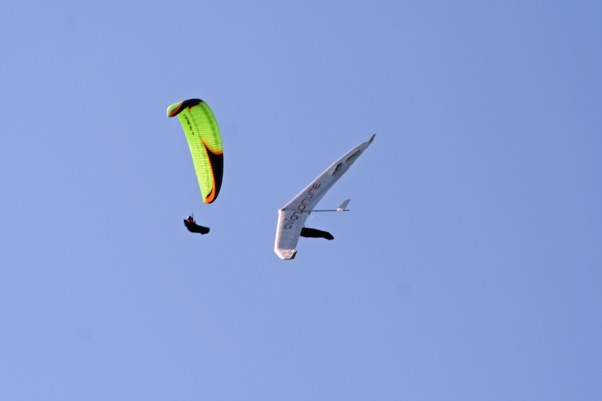 The banter and friendly rivalry had been building all summer. “Guys just look how many 100k flights the paragliders are doing, get out there and do the kilometres!” implored UK hang gliding record holder Carl Wallbank.

He, and others, were getting increasingly worried that Carl’s 265 km record was going to come under threat from the ranks of obsessive UK paraglider XC pilots…. And rightly so.

Come 3 August, paraglider pilot Mark Watts had smashed Carl’s record, flying 275km, with Al Wilson close behind at 267km. The banter obviously went wild… and it seemed time to bring the two tribes together for a straight-up class-on-class competition. 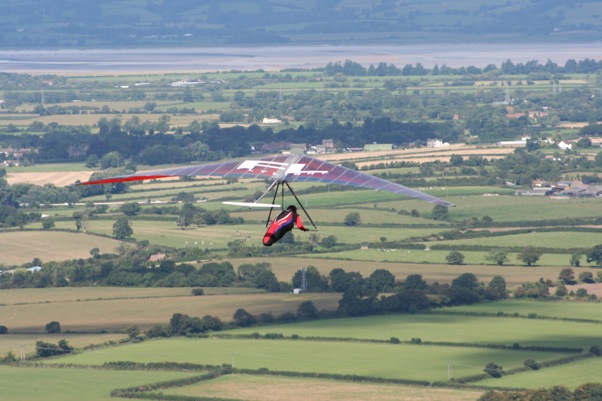 For too long hang glider pilots and paraglider pilots have kept themselves apart and this seemed a great way to bring the two tribes together and see what would come out of the mix.

Frocester, on Saturday 23 August, served up a dose of 17km/h winds and low pressure, big clouds, with occasional rain showers. The hang glider pilots showed great patience and tenacity to get through the tricky, light conditions, with Carl Wallbank and Luke Nicol the only two to make goal at Devils Dyke, 170km away. 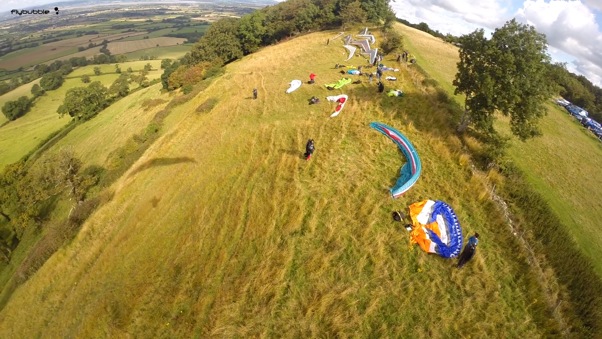 “We smashed their back doors in… haha… great fun!”, posted Carl Wallbank, to which came the best reply ever from one Davis Straub in Arizona: “So you beat up on some paragliders? And you are gloating?”

The second day saw lighter winds, and a confetti-smattering of paraglider pilots blocking much of the air over Milk Hill. It really was a paragliding day, and all the paraglider pilots got up and away, with three completing the 45km closed circuit (goal, obviously, in the pub). 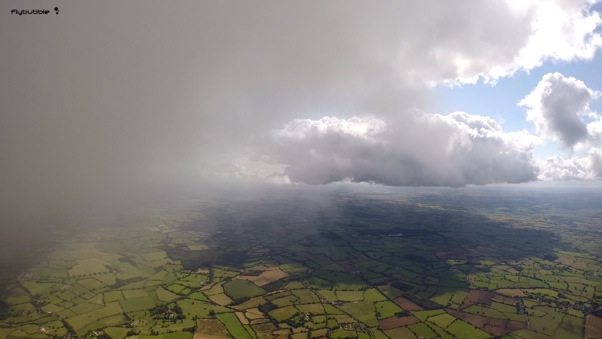 At base over England. Photo: FlyBubble Paragliding 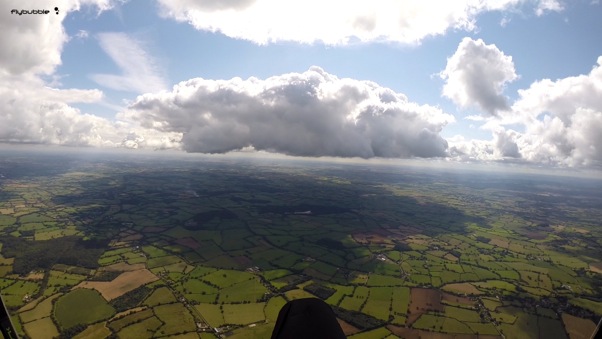 Cloud of doom … several went for this and went down. Photo: FlyBubble Paragliding 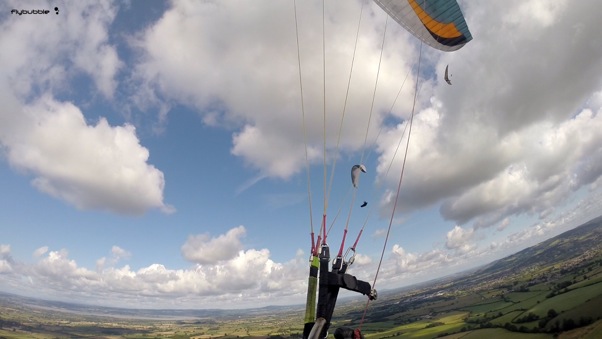 Ollie Chitty was the only hang glider pilot to thermal out of launch: he went to the first turnpoint, then texted, from the air (while flying a hang glider!), “beer calls, heading to pub!”

Some surprises from the event

The climb rates: paraglider pilots seem to have an advantage in weak, small cores

The speeds: again, in light lift, little separates paraglider pilots, flexwings and rigid wings. On the Saturday, there was no difference in speed as we all drifted downwind – mainly because we all spent 80% of the time circling, rather than gliding!

The commitment: hang glider pilots don’t get a second go in light air. It was really impressive seeing how committed, and tenacious, they were.

The ages: With two hang glider pilots – Luke Nicol and Ollie Chitty – under 25 years-old – the hang gliding team was younger than the paragliding team!

How easy it was to organise: with Facebook and the ease of communication these days throwing together a fun meet which pulls people together is an absolute breeze.