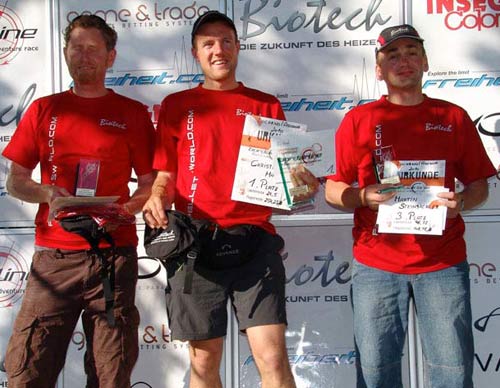 The winners' podium for the first Biotech Bordairline event of 2010 in Locarno, Switzerland

Winner of the 2009 Red Bull X-Alps, Chrigel Maurer, has also won the first Biotech Bordairline competition of the year, finishing ahead of Austrians Robert Heim and Martin Steinbichler. The event was held in Locarno, Switzerland, from 28 – 29 May 2010.

Bordairline is a relatively new competition format, in which pilots have to travel as far away from the start point and back again in 33 hours by either paraglider or foot. Chrigel won with 129.3 km each way, of which only 24.5 km were on foot. Robert Heim managed 73 km each way, 44 of which were walked, which beat Martin Steinbichler’s 83.7 km one-way because he missed the return by 150 metres! Martin walked a whopping 96.7 km in the 33 hours – as well as flying 108.

Three further Bordairline events are planned, the next being in Hochries, Germany, on 3 – 4 July. The overall winner of the series will win an Advance Lightness harness, a specially-designed aerodynamic pod harness that has been made ultra-lightweight (2 kg) and comes with its own rucksack, especially for top performance hike-and-fly events. Ironically, it was designed for Chrigel for the 2009 Red Bull X-Alps, so he is already using one – perhaps he’ll pass the prize on, should he win the series? 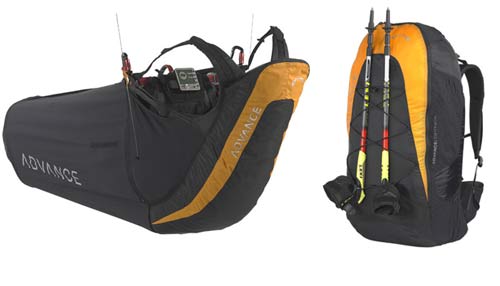