Brigitte Kurbel has extended the women’s paragliding world triangle record to 268.70km, with a flight from Grente, Italy on 24 June 2019.

Brigitte launched her Ozone Zeno at 9am and flew for eleven and a half hours. Primoz Susa, Alexander Robé, Stanislav Mayer and Bodo Genz also flew big triangles from the site that day (the biggest were Primoz and Alex’s 293km).

Brigitte has filed claims with the FAI for the World and European records. The FAI are also still in the process of verifying Yael Margelisch’s claim to the record, for her 263km flight on 1 May 2019.

The current official record is held by Michaela Brandstätter, 221.2km for a flight on 21 May 2016. 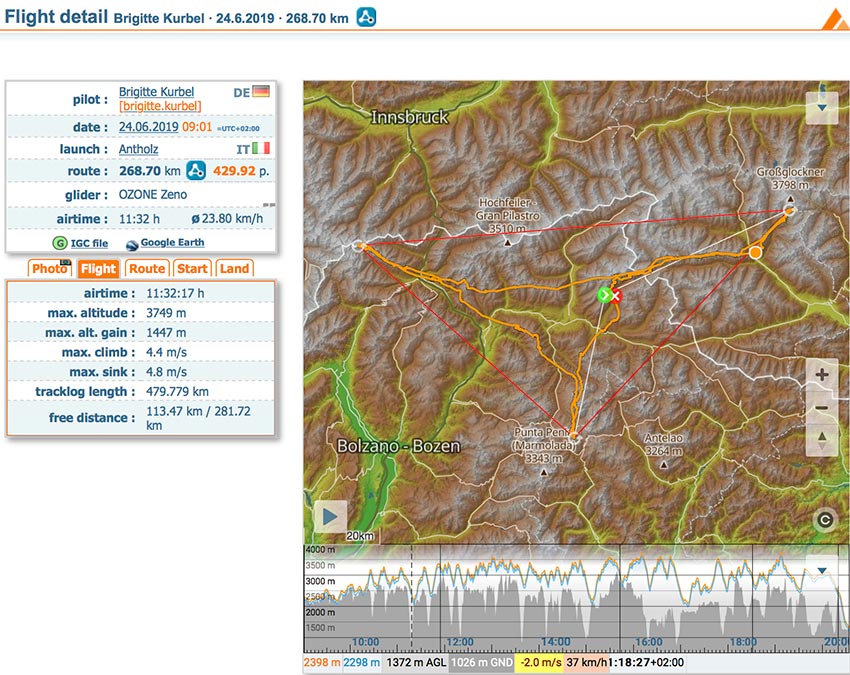