Back to the Future: GIN Atlas, EN B, review 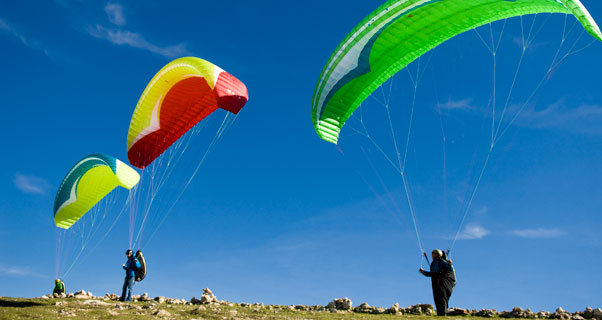 In issue 149 of Cross Country magazine Greg Hamerton reviews the GIN Atlas, an EN B paraglider aimed at any pilot who wants to enjoy security with performance.

It’s not the first time Greg has come across the Atlas:

In the mid-1990s Gin Seok Song designed the original Atlas just before he left Edel to create his own company, GIN.

The Edel Atlas was a DHV1-2 (roughly equivalent to the modern EN B) having only a single 1-2 score for a 180-degree delay in the spiral exit.

I flew the Edel Atlas and remember a simple wing with easy consistent inflation and tranquil yet responsive handling, a wing that was secure yet had a little bit of life.

It had a great reputation for an easy wing that could do XC, and in 1998 Torsten Hahne flew a 123km FAI triangle from Fiesch. This was the beginning of the new Sports class … finally, wings that were accessible to beginners, yet able to do big things.

Fast forward seventeen years from the release of the Atlas, and we have: the Atlas!

Greg takes it out to fly in the flatlands, where he puts it through its paces.

Meanwhile, JC Skiera takes the Atlas for a spin around its natural home. Annecy in France is the destination of choice for many pilots who are starting out to fly XC. Luckily this is JC’s backyard.

Gliders are so good nowadays that we don’t need to top up over the Dents to make it across the lake, however I thought I would give myself a bit of a margin for the first transition and left with 100 metres above the summit.

With the valley breeze as it was, I expected to connect with Roc des Boeufs on the other side about halfway between the old take-off and the first power line, and I made it there easily with height to spare.

The full review is in Cross Country 149. Out now in print and digital.