Italy’s Alex Ploner won the FAI European Hang Gliding Championships 2022 when it finished at the weekend. He was a clear 200 points ahead of his Italian teammate Christian Ciech in second, with Germany’s Primoz Gricar in third.

The competition was held in Siglio in Italy from 10-23 July and saw excellent conditions, allowing nine tasks to be flown over the two weeks. All but the first one was longer than 100km, with a total of 1,329.1km of task racing flown over the competition.

The longest task was Task 4 and was 201.6km. Primoz Gricar won the day, getting round the course in 4h42mins. Thirty-four pilots made goal, with the last pilots in taking a mammoth six-and-a-half hours and landing just before 8pm. 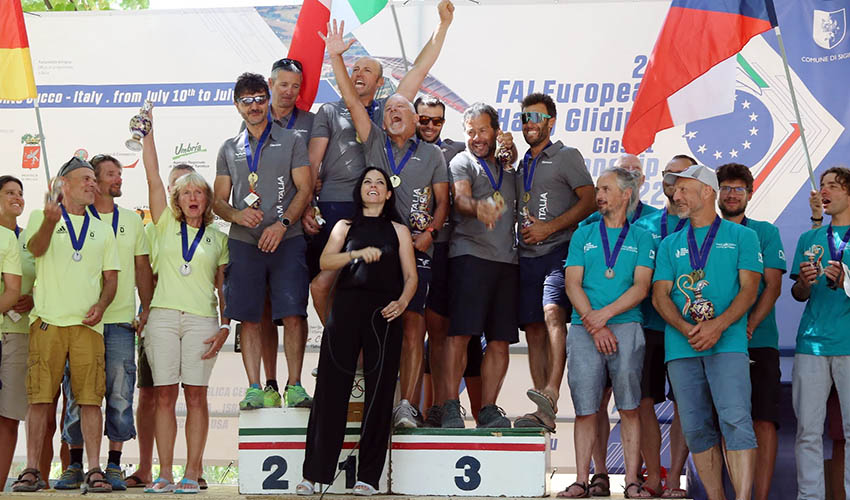 The win is the third European championship title for Alex and adds another gold medal to his impressive tally. As well as European Champion, he has been Hang Gliding World Champion three times in Class 1 and twice in Class 5.

An unofficial record was also claimed by the competition itself for the most kilometres flown in a European championships.